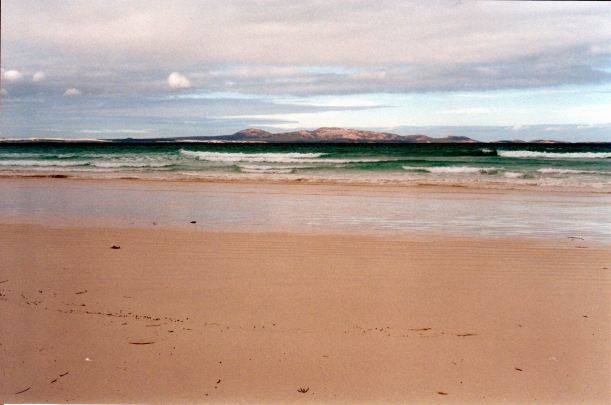 John played in the abbreviated tournament. He came second and won $50.

I did some washing and cleaning, and read. I had appreciated having the books borrowed from the local library.

It was even colder today.

The planned bowls for today was cancelled, as there were not enough entries, so they were to play tomorrow, only. John was disappointed.

We walked to the shops and bought the weekend papers.

John arranged for us to practice bowls with a local couple. It was a pleasant game, and we had drinks together afterwards.

The weather turned cold, and it rained.

In the morning, we did a fairly extensive shop for supplies. Collected a bad of mail from the Post Office. Amongst its contents was a newsy letter from son’s wife.

John went off to practice bowls after lunch. I read.

After breakfast, we went back to Lake Monjingup. This time, we spent over three hours there, wandering about, watching birds, trying to identify the varied bushes, and just generally enjoying the little oasis of wilderness.

We spotted a Western Spinebill, for the first time, and a Fan Tailed Cuckoo.

I was quite intrigued by an ant path that extended a long way, over soil and rock. I wondered how many zillion ant footsteps it had needed to make such a clear path? Amazing.

The rest of the day, I read and John played computer games.

We were woken very early by a phone call from the errant daughter. She’d forgotten about the time difference! She needed to borrow money until her financial situation got more sorted out. Later in the day, we transferred some money to her.

I decided to phone my minister friend P, to see if he would counsel daughter, and assess her state of mind, for me. I knew I could rely on his impartial, and expert, views – and he’d known daughter for years. He agreed. I felt better for having actively done something!

John bowled in the afternoon. He won some beer, for coming second. He came back with the news that there was to be a big bowls tournament on here, next weekend. I agreed that we could stay on longer, so he could play in that, instead of leaving on Saturday, as planned.

While John was at bowls. I walked to the town library, where I was able to borrow some reading matter. I had to pay a $50 surety, though.

In the morning, we went to bowls. The game was a new form of Scroungers (for us), and was good fun. That type of game allows individual scoring, and takes off the pressure to perform that goes with the usual team structures of games. It is much more social and light hearted.

Back at camp, after lunch, John did some computer stuff for the first part of the afternoon.

Then we drove the 14kms out to Lake Monjingup – a botanical reserve, with lakes and teeming bird life. It was a lovely spot. We walked about and did some bird spotting, and could have used more time out there. We’d left it a bit late in the day to do the place justice. 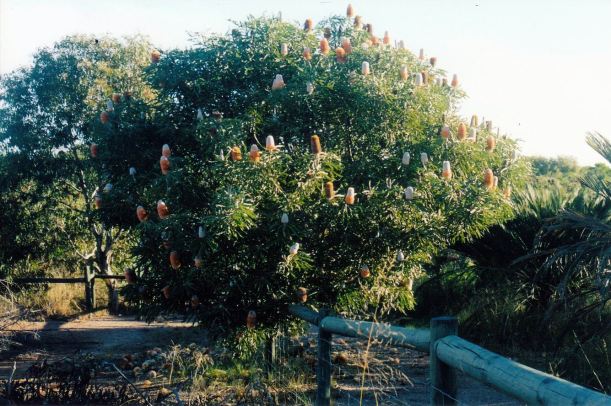 Today was a public holiday.

We went driving, firstly around the 38km long Tourist Loop. This followed the coast west from the town, then looped back around past the Pink Lake, to town. This had got to be one of the best coasts in Australia. It was so beautiful. The road wound about, and each rise crested gave an outlook over the sea and islands, and occasional beaches. 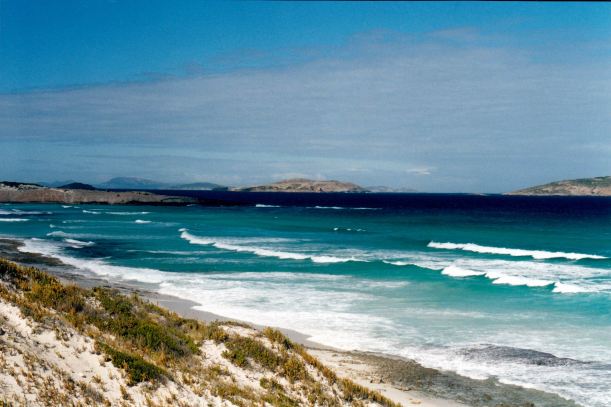 There were also occasional glimpses of the wind farms.

The day was a bit grey and slightly chilly, so we were not tempted to stop and walk on any of the beaches.

We saw the Pink Lake – faintly pink, due to its salt-tolerant algae. Apparently, it could be really quite vividly pink, but not so at the moment.

We drove back through town and out the other side, around to the Bandy Creek boat harbour – an anchorage place for fishing boats and smaller craft, away from the seriously large shipping frequenting the main harbour.

From there, followed a track that took us on to the point beyond, and Wylie Bay. There is so much beautiful coastal scenery around Esperance that, after a while, one starts to become a little immune to it!

At night, there were more of the ongoing phone call and text messages with daughter, concerning her situation and plans. They just perpetuated my unhappiness with it all.

After breakfast, took ourselves off to the Tourist Information/historic Museum complex.

There were a number of craft outlets within the historic area. John got a leather maker to put a tie, or thong, onto the good Akubra hat he’d bought last year in Charleville. Without this, it was only going to be a matter of time before it was lost forever, off a cliff or jetty!

I bought a beaded anklet, for $6 – a pretty little thing.

There were some Anzac Day commemorations happening in the town.

After lunch back at the van, we went for a walk. There was a very pleasant path along the Esplanade – pretty, interesting, and with the sea outlook to the offshore islands, that were part of the large stretch of islands making up the Archipelago of the Recherche.

We walked as far as a shipping pier where a boat was unloading something that was grey and dusty – fertilizer?

Couldn’t make actual phone contact with John’s travelling cousin, but our criss-crossing phone messages established that they were leaving Perth tomorrow, heading back to Melbourne, so our paths will not quite intersect, this trip.

Today’s aim had now become to get to Esperance in time to get the two problem tyres fixed!

We refuelled at Norseman – $1.04cpl – and turned south for the run to the coast.

It was pleasant to get back into the farming country south of Norseman. The roads became lined by stands of the salmon gums whose vivid pink-red trunks had so impressed us when we first encountered them in 1993.

Pulled straight into the first tyre place we came to – a Beaurepaires. They fixed the tyres then and there, while we waited. Great service! Both needed new tubes.

Booked into the Seafront Caravan park – a Top Tourist one. This was $19.80 a night, after discount, with the seventh night free because we booked for a week. Quite reasonable. It was a very pleasant caravan park.

After a quick set up of the basics, we headed off to the shops. Fresh produce again! But some of their stocks were low, as it was a long weekend in WA, and getting close to shop closing time.

Back at camp we finished the setting up for an extended stay.

Went out and bought fish and chips for tea. It was expensive – $6.50 a piece for flake! Not what we expected in a seaside location.