Today the temperature reached 47.4 degrees and dropped to only 36.4 at night. Working conditions were becoming quite trying.

John was put up in the forklift to get some overview photos of work done to date.

Pods 1 and 2 and kitchen/mess foundations; two central laundries in place on Pod 1

I was tasked with trying to arrange for the phone systems at RV2 to be fixed up properly. Had thought the recurrent issues were due to K’s not knowing how to work them, but seemed now that there might be a real problem. The expert thought it might be done by Thursday. Hmmm – if it was anything like my office printer…….

H, who had been on a break, arrived back from his home down south,  complete with wife M, and caravan, which they set up to live in, as we do. She seemed a really nice person.

N and S arrived today and set up their camper trailer not far from H and M – both at the other end of the donga line from us, and closer to the bathrooms. They seemed nice enough to me, but S already irritated John, as a lot of females do! She seemed like she might be a bit refined for this place. They turned up to dinner with wine glasses and a bottle of wine – probably not a great idea, as the men did not drink away from their rooms. In our rather rough outdoor dining area, it seemed rather incongruous. 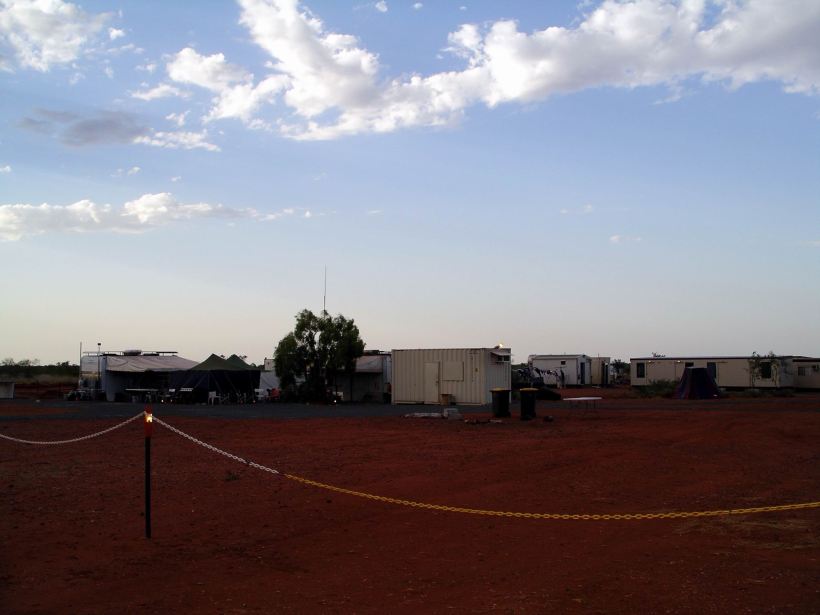