Today was a momentous one! In the morning, R drove his vehicle into Hedland to arrange some materials and services needed, and when he returned, he was towing a porta-loo! I now had a toilet on site! Well, it was not just for my use, but the lack of such a facility had not been such a hassle for the men. I was so grateful to R for organizing it. Of course, the cleaning of same would fall to me! 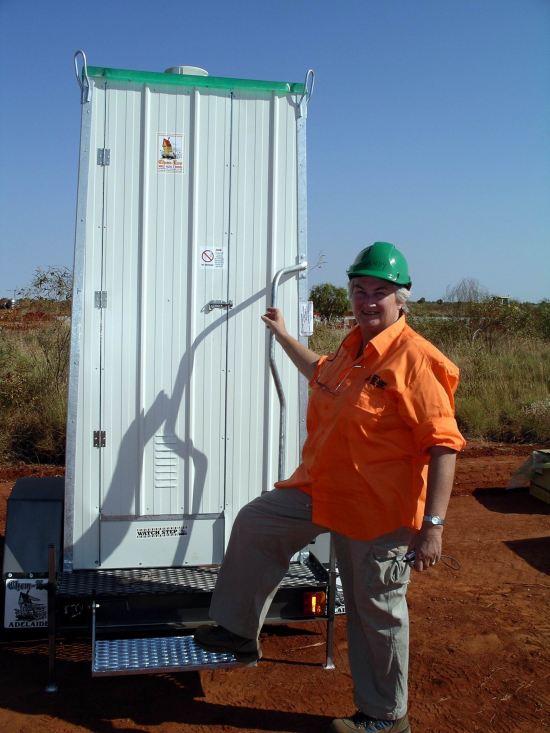 The luxury of a porta-loo!

Amongst my usual work, had to advise HO that we would need them to arrange for a crane on site, next Monday, to start moving some buildings into position. The cement paths for one of the three SPQ building Pods had been completed, so the SPQ’s (Staff Personal Quarters) could be installed for that.

The cementers had been working at night, when it was cooler. Not so much for them, apparently, but needed for the cement to set properly. 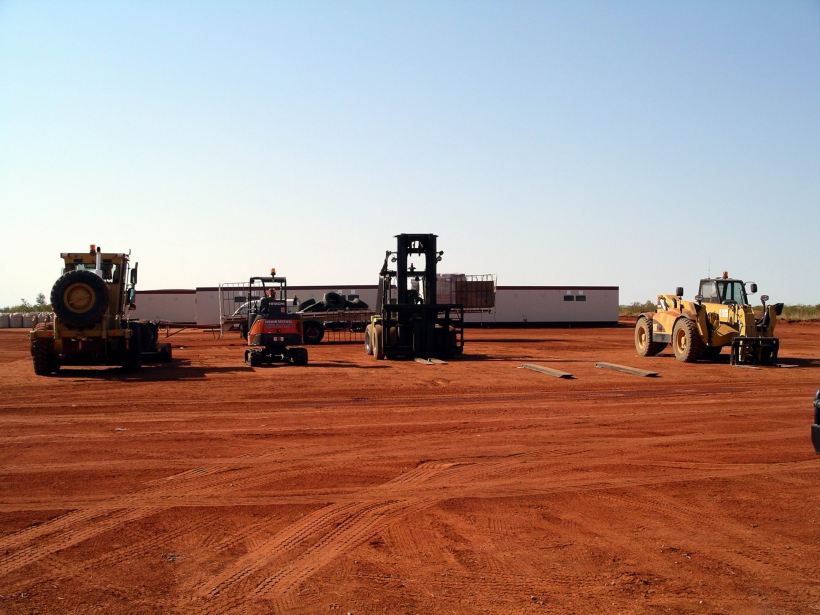 Some of our machinery at RV1

I was notified that, on Monday,  we would be getting a couple of laundry buildings, an end section for the dining building, and two toilet buildings. That sent me scrambling back to the plans to work out where they would be going – just so I knew.

Accommodation at Fly Camp was getting very tight. Apart from our workers and subbies, there was now a steady flow of people associated with preparation tasks for the railway itself. BB arranged for two of our new accommodation dongas – eventually destined for RV2 – to be put down at Fly Camp – in a line from near our van. These would house eight of our people, though their en-suite bathrooms would not be plumbed or functional. These new dongas were supplied with beds and mattresses as part of the build. However, John was tasked with purchasing, in Hedland, mattress protectors, sheet sets, doonas and covers, pillows, for 8 beds. But nobody told him that the beds were king single size!

All the Milestone details had been sent from HO for R. I had eventually worked out that completion and signing off of each Milestone stage, by ourselves and FMG, meant a progress payment for our company. Very important things, Milestones!

Because I still couldn’t print from my computer, physical copies were going to have to be sent to the Hedland Post Office, from HO. The guru in Alice Springs who supplied the technology, had had a couple of attempts remotely to get the printer working, but no go. 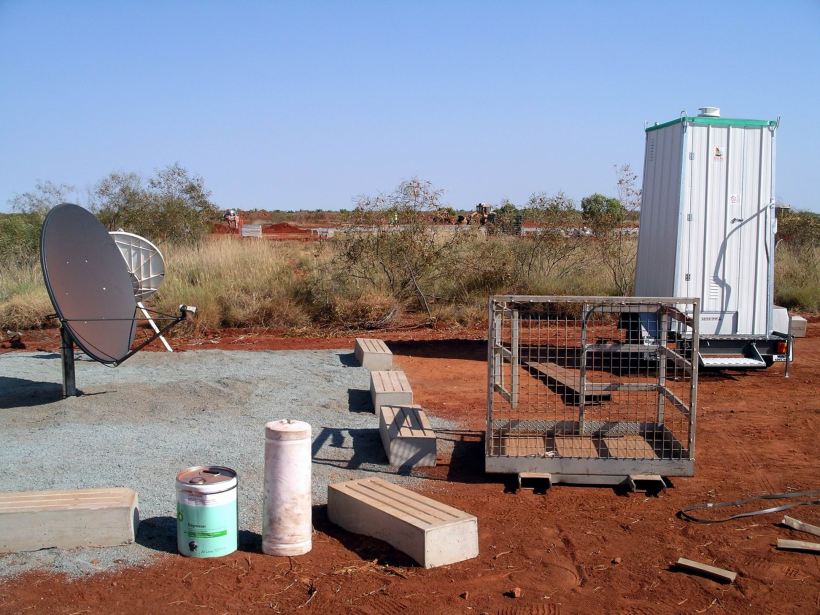 Our communication links to the outside world

Down at RV 2, the Heritage Area had finally been confirmed and marked out as a no go area, to one side of the site. Things there had not gone smoothly in the initial stages – the Environment Survey had found a stick mouse nest and this had meant that the whole alignment of the buildings had to be changed to be away from the nest area, and then approvals gained for those changes. At RV1, the three SPQ Pods were three U shapes and at the open ends of the U’s were the kitchen and dining building then all the other buildings, so it was a long rectangle arrangement. RV2 had to be turned 90 degrees, so the kitchen and dining area there was to one side of the SPQ Pods. All due to stick mice.

The Site Office at RV2 had now been set up and John reported that some direction signs had been put up – otherwise finding one’s way to it had been a challenge.

We were seeing the occasional willy willy in the distance. I hoped they would avoid our camp and the van! 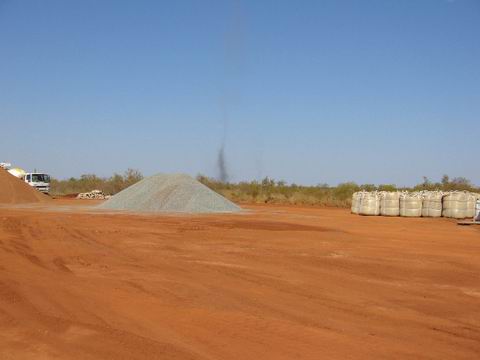