We went via the town  library so I could drop  off the books I’d read. Would send the rest back via someone going to Isa, or the mail bag.

The day was the nicest we’d had here, to date. There was even some blue sky. 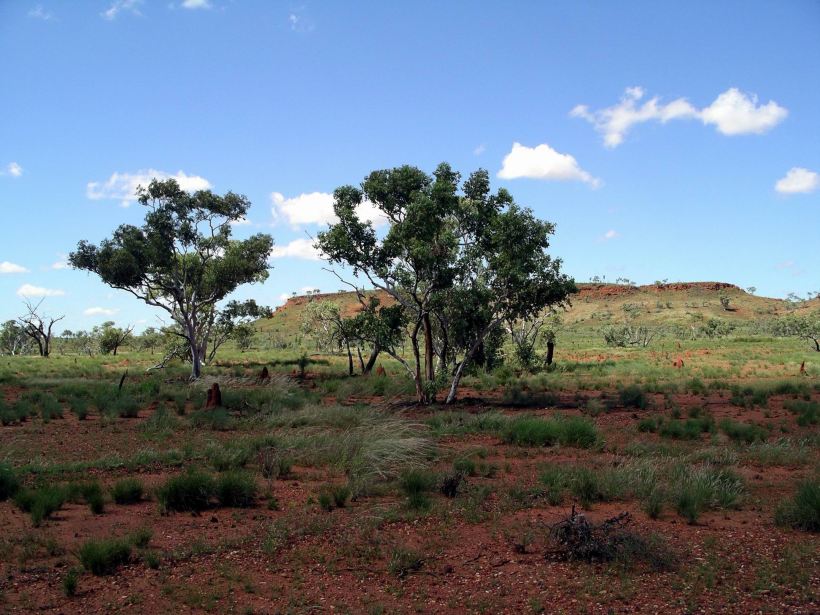 Took the Barkly Highway west, for 170kms, then the sealed Thorntonia road. After about 60kms, this turned to gravel. 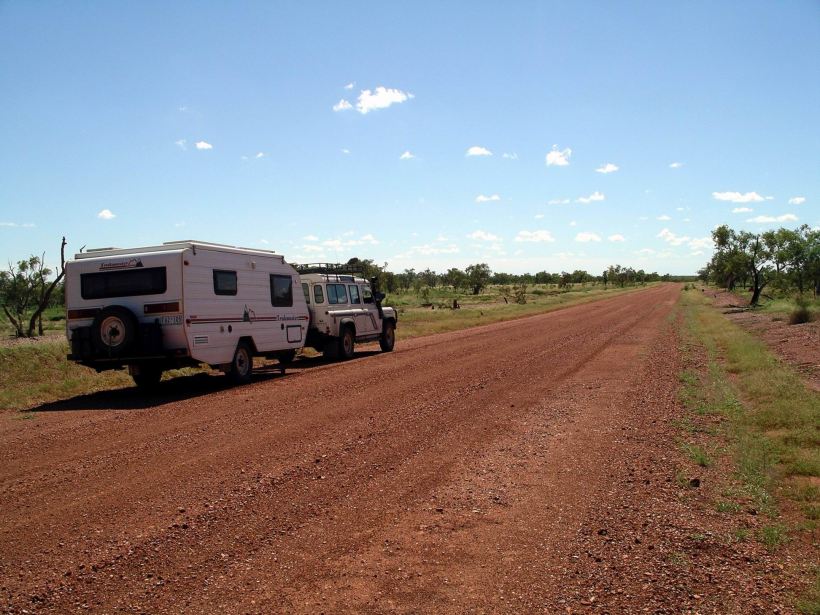 The drive was fine until we reached the rivers. The Thornton River was almost dry, and there were no issues crossing that. The O’Shaughnessy was straight forward, crossing over the cement causeway. The Gregory, with its double crossing, was flowing quite fast over its causeways. We would not have wanted it any higher – or faster! Just stuck to the middle of the cement causeway and took it steadily through.

Between the rivers and the park turn off, there were several extensive lengths of black soil bog. These were now just dry enough for wheel ruts to stay formed through them. There were sections where the heavy trucks from the Century Mine had completely broken down the structure of the road, down to the large underlying boulders that were below. Sidetracks had been formed around these.

So, it was quite slow going through that part.

There were going to need to be some extensive road works, once it was dry again. 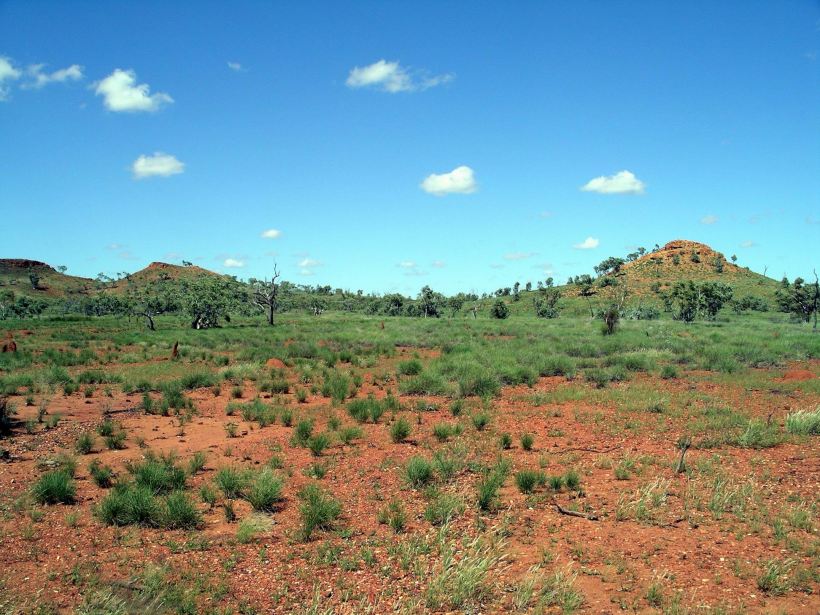 It was great to see the Adels crew again. The new baby was a small one. Friends V and F had been here for a couple of weeks and were pleased to see us again. There were two other couples there, as well – one lot arrived about the same time as V and F.

The other couple had been there since early January. The electrician husband was going to do the electricals on the new house that was being built, for M and R, closer to the road. With two young children, the one bed-sit room they’d had, since 2002, that was part of the main building, was definitely not adequate for them!

We set up camp down in the Grove – the same place as we’d occupied last year, next to V and F. We hooked up to water, sharing the one tap with V and F, and ran our power lead down from the donga area up top. 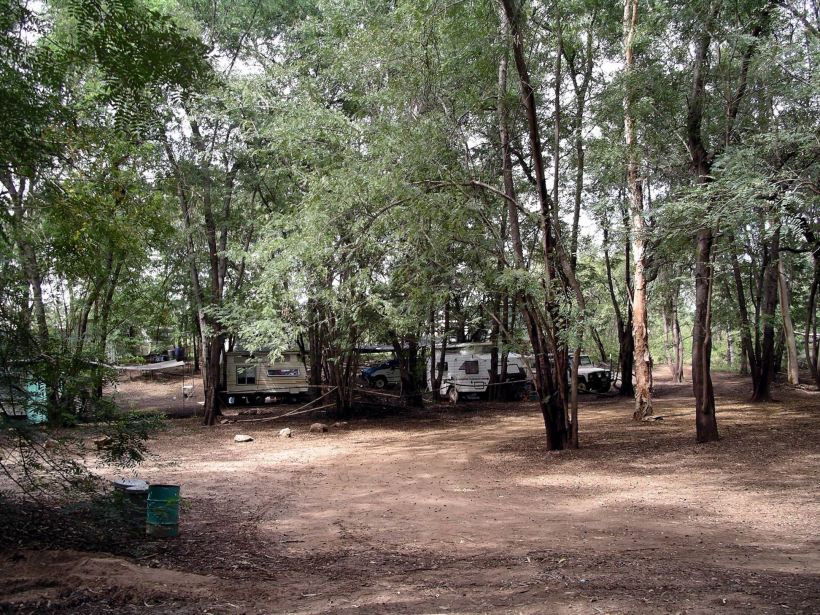 Back in the grove again

It was obvious that the ground had been very muddy – it was just dry, now. There were many ants around. John surreptitiously sprayed our site area with the ant poison he carries with us.

After setting up, we had a wander about, looking at the changes since last year. The workshop had been relocated over to the area of the new house, by the front entrance, where the fuel outlets were now, too. It would seem that the shop/reception would now no longer handle the fuel payments – too far away.

Fuel bowsers relocated away from here. The bus that John would drive on tours.

There was a van under a roof there, too, and a laundry was in the making. The builders were due to arrive soon, to commence work on the house. The generators were to be moved over to that area soon, too.

There were a few guests who had managed to make it in, both campers and in the accommodation.

The boss said she would start us working, and on wages, on next Wednesday. She would want our friend M to work later on, but was not sure yet when she would want her to start. M was, in the meantime, doing some visiting and sightseeing over on the coast, and was waiting to hear from us before heading this way.

In the interim, we were to do a few tasks about the place, help with the dishes, to “pay” for our lunch and dinner. Breakfast we would have from our own supplies in the van.

It was not an ideal situation, given our efforts, in good faith, to get here in time for Easter, but so be it.