Day off for us. John went up to the house to do the vegie garden watering, as usual, though.

O came to inspect the camp. He still seemed rather disgruntled, but could not really find fault with how the camp was looking. About all he could come up with was that, after all the recent work, the generator needed a service. So he changed the oil and air filter on that.

We went driving back out to Bathtub Springs, for another look at it – so pretty. 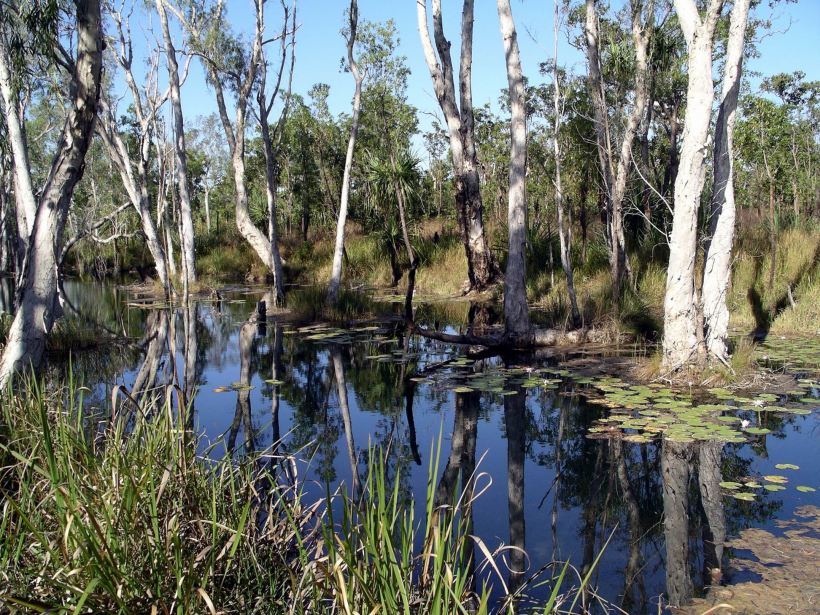 I was fascinated by the underwater gardens growing at the edge of the river, where the water was clear and light penetrated. 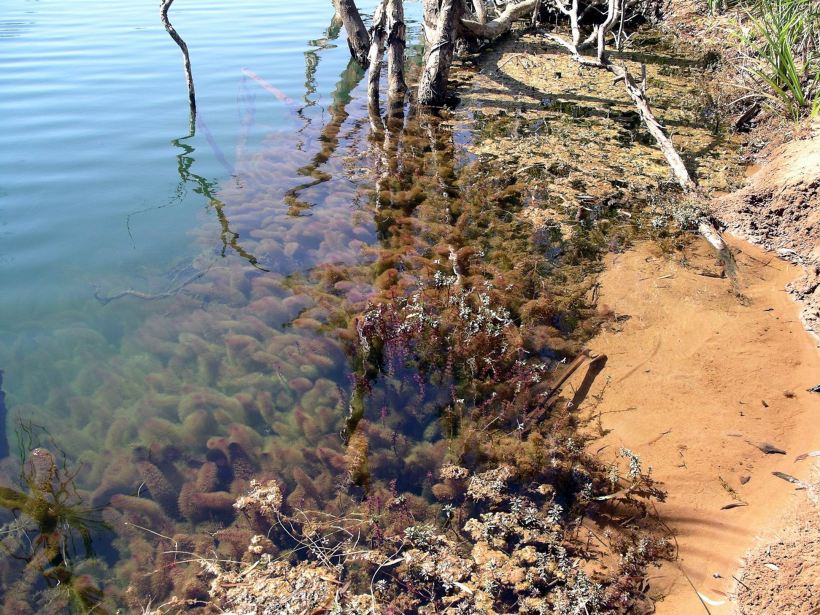 Under water garden. Dry bank at extreme right side of photo

Spent some time watching a grey fantail flitting about in the bush and trees, but could not get a really good photo of it. The bird was very curious about us. 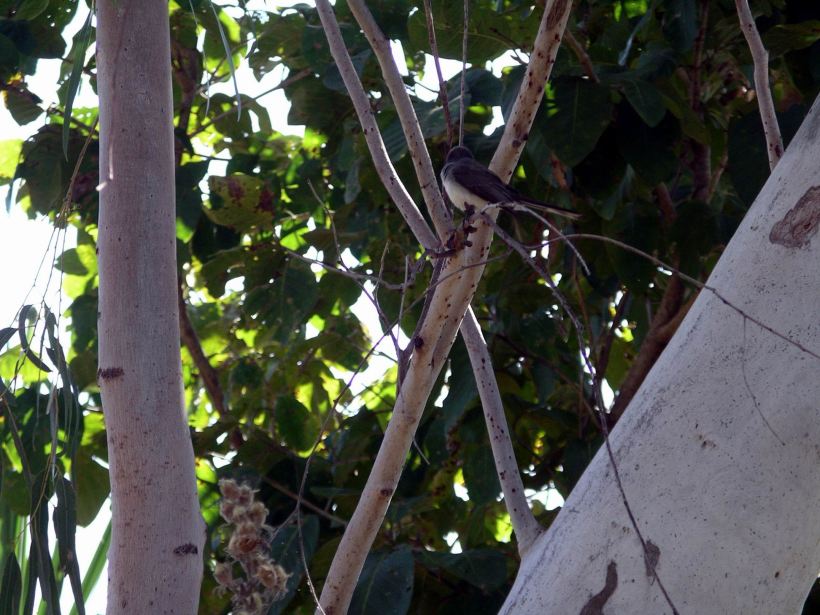 Out on that part of the property, there were places where there were lots of termite mounds, quite close together. Then there would be some distance where there were none. We figured it had to do with soil structure, moisture retention and the like. 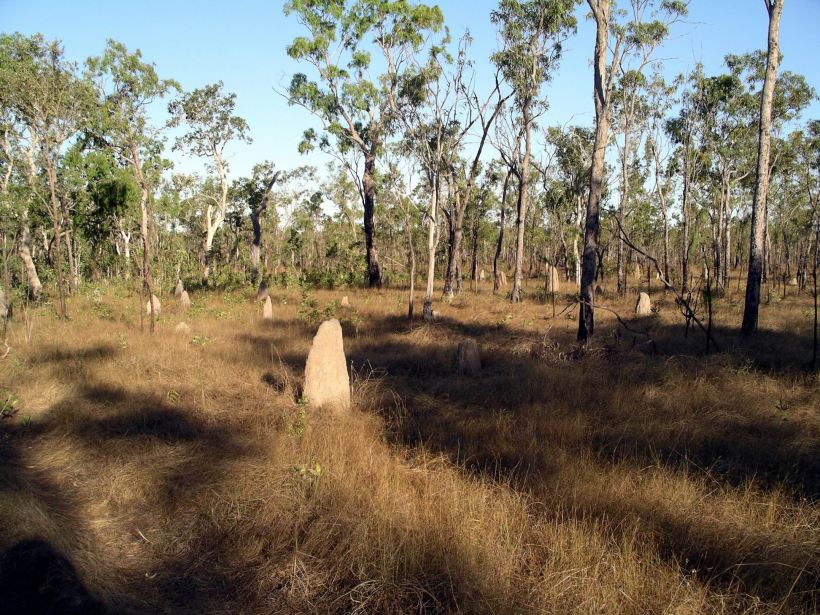 The progress of the seasons was obvious in that the grasses that had been so tall and green, back in May, when we were clearing the tracks out there, were now brown and lying more flat. I could begin to see how late Dry Season fires could be such a problem, once they got going. 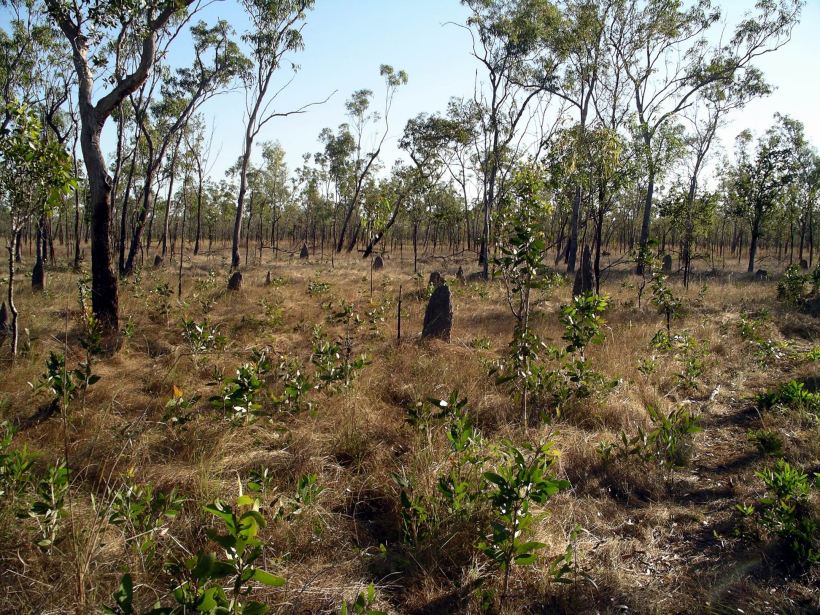 There were young saplings re-growing on parts of the track. They would be fodder for next year’s early season slashing. 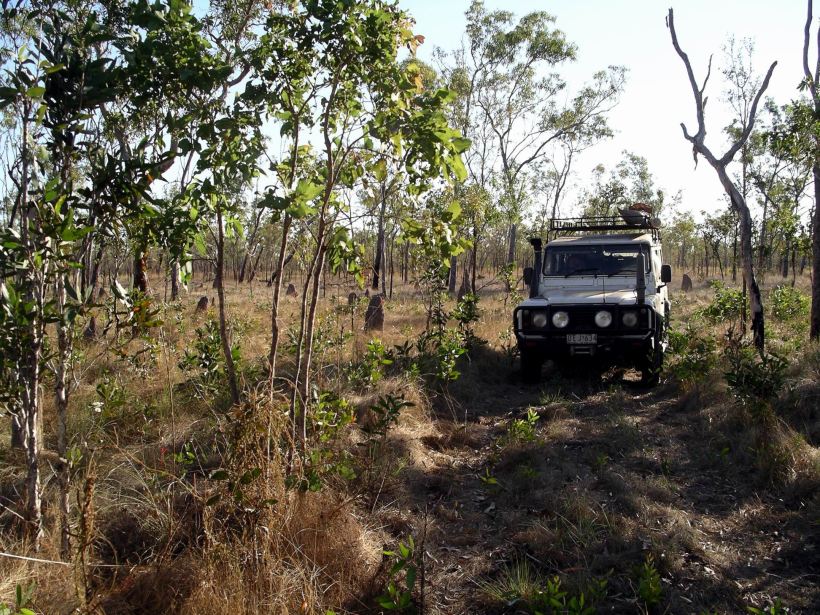 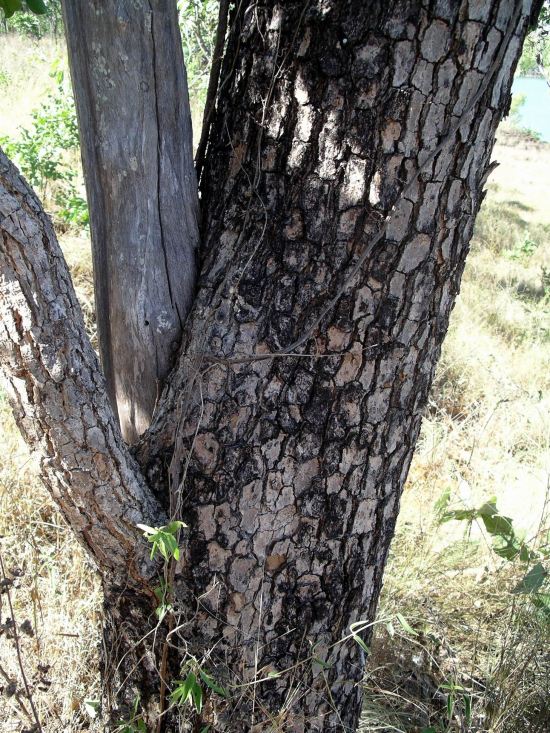