Made the usual breakfast, but with bacon and eggs also for the couple man.

I packed smoko items and lunch sandwiches for the departing couple. I was rather happy to see them go – the man was quite hard work! His comment in the guest book: We stayed for 5 days last year and had to come back for another 5 days and we still have not seen it all. Thanks O, Wendy and John for a fantastic stay. O, let us know when you open up new areas.

O had taken the couple up to the house after breakfast, to settle their drinks bill up there and do farewells. I hadn’t at that stage, quite finalized the food to go with them, so did that and drove our Truck up to the house to deliver the packed food. Their farewells had been protracted, so I had ample time.

Their departure was not without impact though. W was working in the open fronted machinery shed, and had a fairly sensitive motor in pieces on the bench. The man wheeled his plane around in the parking area, then sat there with it going on full revs and blowing the dust into the workshop – for about 5 minutes. W was livid!

I had time to linger and watch the survey mob refuelling the helicopter at the airstrip and taking off again, with the survey “rocket” swinging under the chopper. 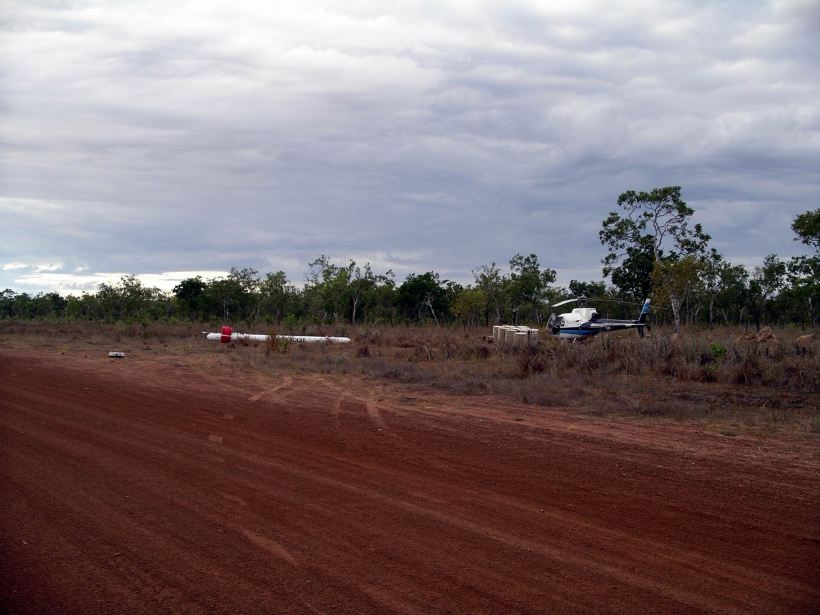 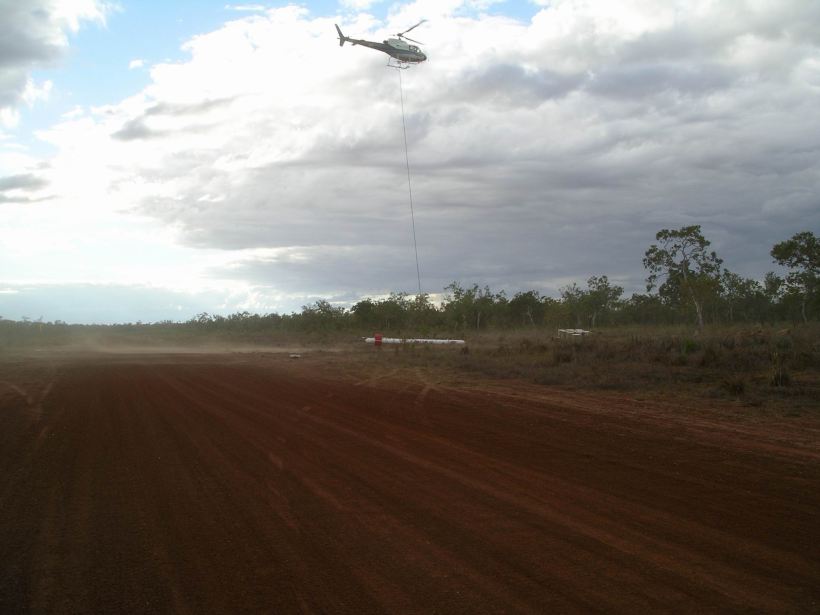 A came down to camp and was able to strip the couple’s tent, take the washing up to the house, get it all done and dry, and put the beds back together again.

I made a batch of Anzac biscuits and made lunch for the survey men – plates of cold meats and salads.

Two more guests – friends of O’s – came in late in the day, driving in. So dinner was back to the first night roast beef menu. There was enough mango cheescake left from Monday to serve for tonight’s dessert.

O’s two friends were an unexpectedly late booking. O had been chafing at the bit to get away again, to continue the pursuit of his love life. He dined with the guests tonight, but it would fall to John to show them around the place.

O was fortunate that our continued presence here, and reliability, allowed him to leave the place for a lengthy time, at this time of the tourist season.

O had planned to leave on Friday, but told us very earnestly that there would be fog on Friday morning, so it would be best if he went tomorrow instead! 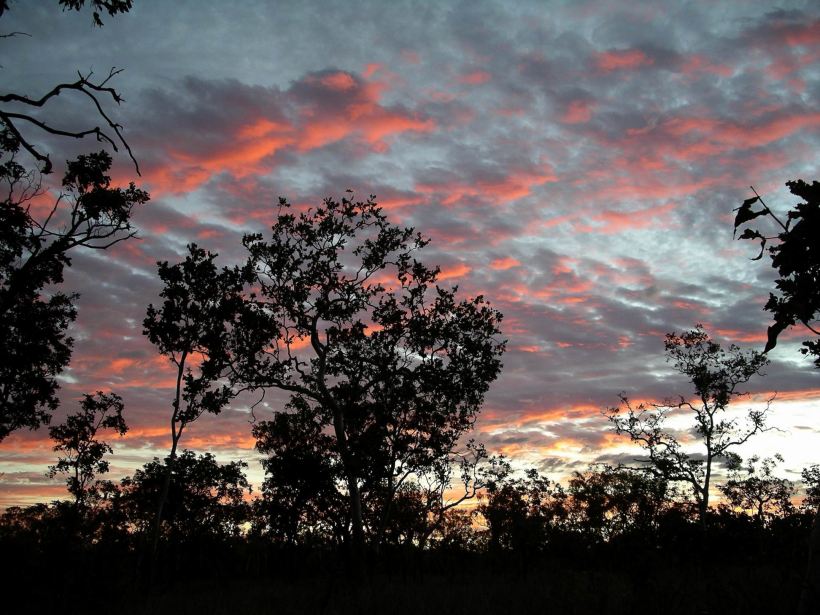 Didn’t really look like the next morning would be foggy…..