We slept in. Pottered about our camp for a while.

Took a packed lunch and drove out towards the wetlands – Lake Crocodylus.

On the way, stopped and had an explore at an area beside the track that looked like a sinkhole – quite a large depression in the land. Later, O said it was not really a sinkhole.

Sinkhole-like depression by the track

It was pleasant enough, wandering around in the bush.

At Crocodylus, the mud around the edges had dried up enough that we were able to take out one of the two man canoes, kept out there. We attempted a bird survey, results to go off to Birds Australia. It was hard to even begin to count all the ducks and other waterbirds, though. There were so many. We could not get very close before they took off in groups, flying. But there was one hell of a lot of them perched in the dead trees, particularly across the far side.

The paddling on the lake was easy and really enjoyable. The only down side was getting in and out of the canoe and getting muddy feet doing so – like well up the ankles!

We decided to try to drive back the long way – via the Jabiru wetlands track, but a little way along it, realized it was still too wet to be passable, so turned around – before we got bogged! Backtracked the way we had come. 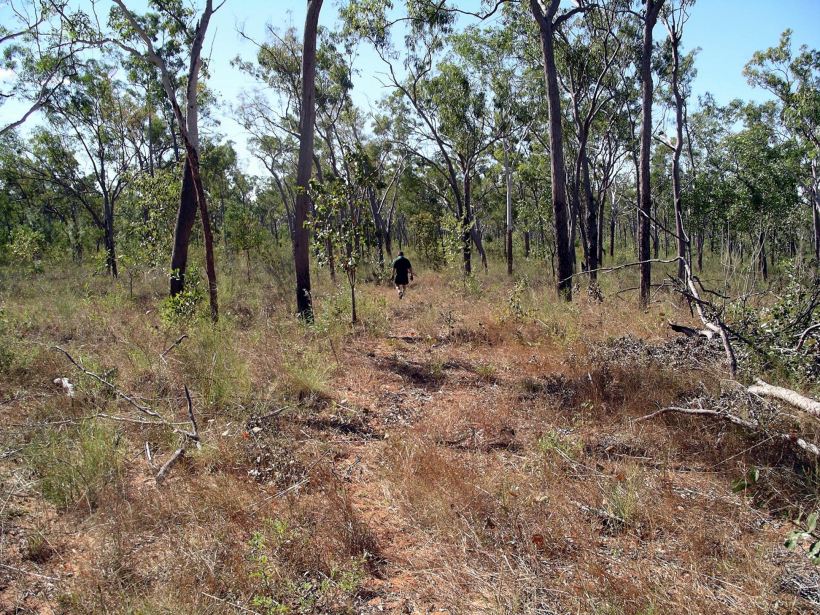 I read for what was left of the afternoon. John spent time on his computer.

O flew out this morning to go to Brisbane to visit his lady friend.