My son’s 31st birthday. I’d sent out a note and cheque in last week’s mail bag and hoped it reached him in time.

Some previous discussions with O had thrown up the fact that he thought the sun was too strong for good vegetable growing, so he would like a shade structure built over the vegie garden. There was some milled timber left from a couple of years ago that could be used for this. He thought that a heap of shade cloth that A had brought up (to maybe make a cover for his plane, when here) could be used to roof the shelter.

John went and measured and decided the shelter could be made 10.5 metres by 9 metres.

Today, John began the shelter, by digging holes for the posts and starting to set them in. Whilst it was good that a start could be made now on the structure, John had really been hoping that timber would have to be milled for it – he had come across a brand new Morrison Mill in the shed, still in its box, and really wanted a reason to have this set up and use it! He had long coveted one of these, but of course, with our home base being only a suburban block – albeit a large one – there was no reason for him to be felling and milling timber. 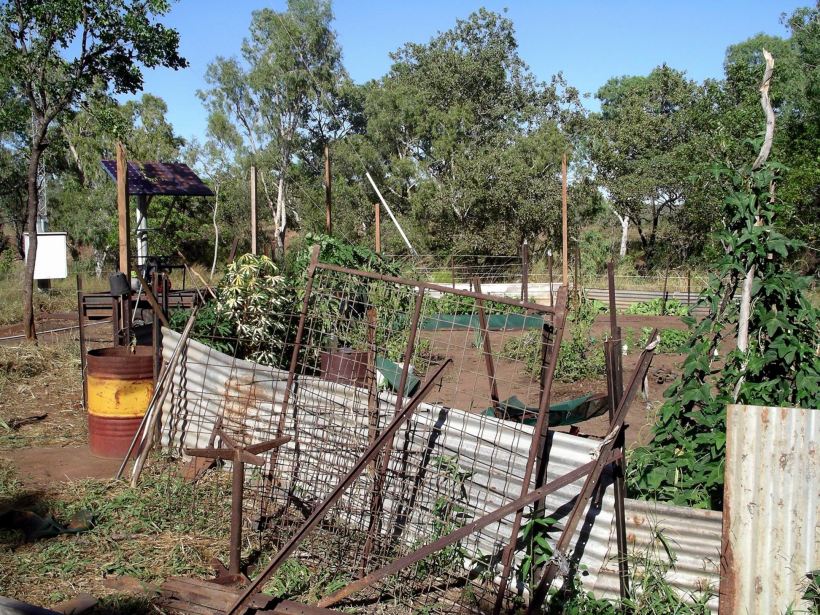 Some uprights in place for the new vegie garden roof

I did John’s garden watering for him. I had been trying to keep up water to some pumpkin growing mounds that O had established on various parts of his “lawns” – hoping to encourage these to actually grow some pumpkins.