After a late and leisurely breakfast, I walked to the retail centre.

Yulara was set out in a sort-of circle, with the various buildings and facilities arranged around the perimeter of a large, central,  low sand dune. There were walking tracks across this, so the trip to the shops was a very pleasant one.

The crest of the low dune was a viewing place, over the settlement and to Ayers Rock in the distance.

I put my photos in for processing, then walked around the shops, browsing, until it was time to go back and collect them. Bought the Weekend Australian and the Age. They were costly, having been air freighted in, but it was worth it to have a Victorian paper again. There was lots of reading for the money.

Bought some postcards to send to family and a couple of friends.

After lunch, we drove to Ayers Rock.

At the entrance station, negotiated with the lady there, to allow our Entry Pass, which normally lasts three days, to be able to be used for a longer period, should we need it.

We walked around the base of the Rock – some 9kms. Walked in a clockwise direction. 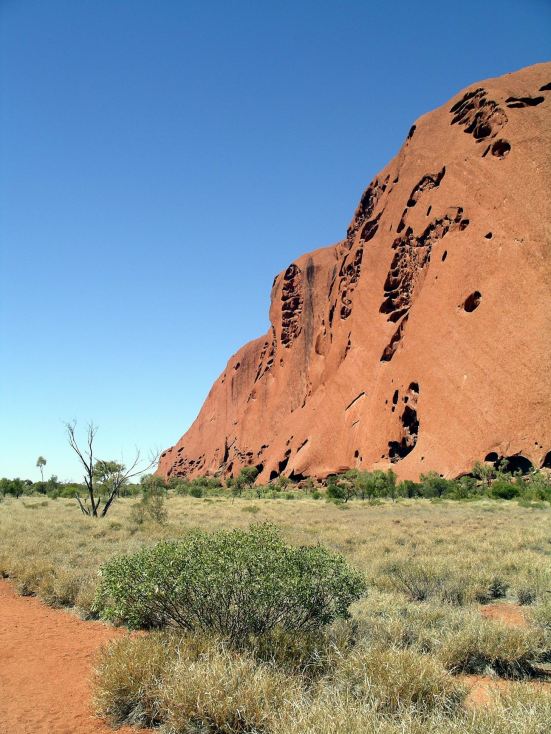 We had done the walk before, but it was not something we were tired of. It was lovely flat walking, with an ever changing outlook, birds flitting about and always something new to catch the attention. 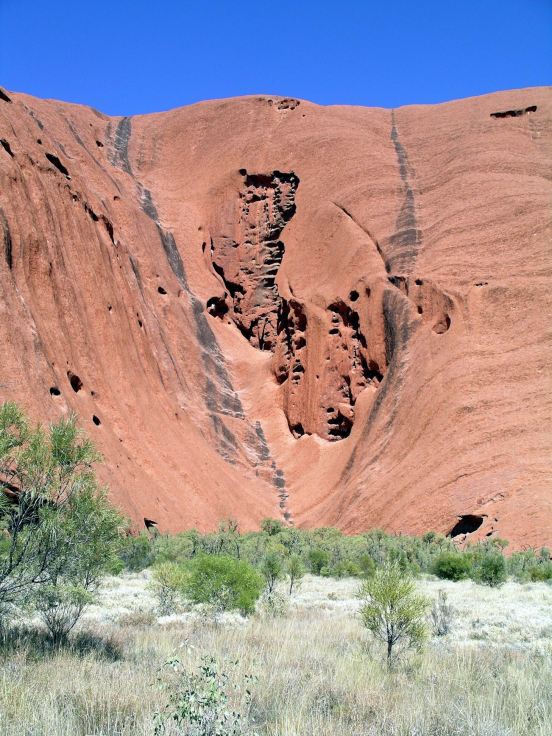 Part way around was a bush shelter with a couple of interesting and “different” seats inside, constructed from local timbers and utilizing the natural curves of the wood. They were really quite beautiful. 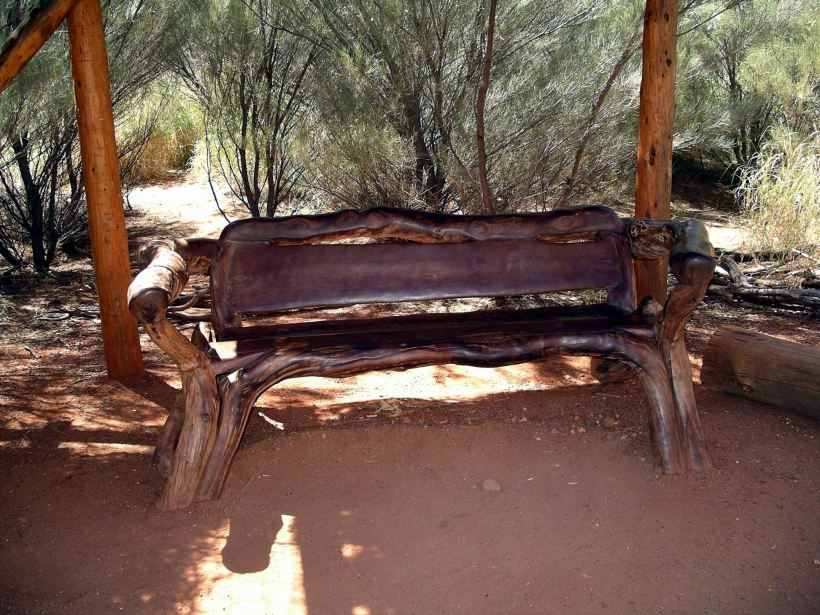 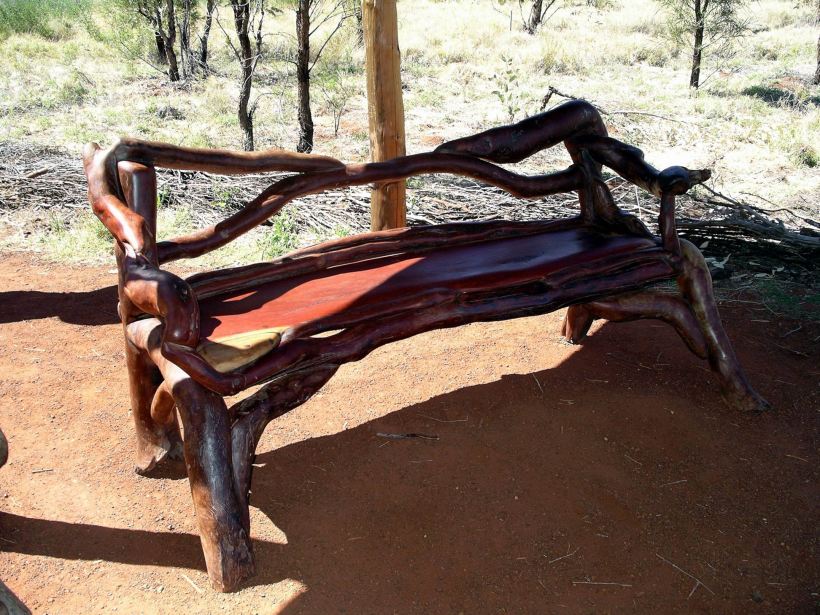 The shelter was the typical bush one – roofed with dried spinifex held together by netting wire. 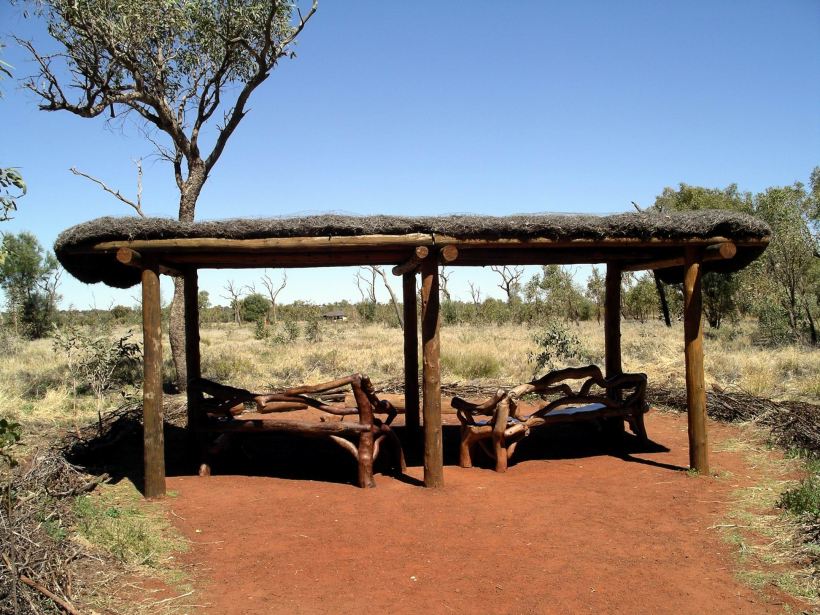 Most images one sees of Ayers Rock are – necessarily – from a distance, to capture it all. They tend to give the impression of a smooth and homogenous entity. But close up, the Rock’s surface is eroded and broken in places, forming some really interesting shapes and patterns. 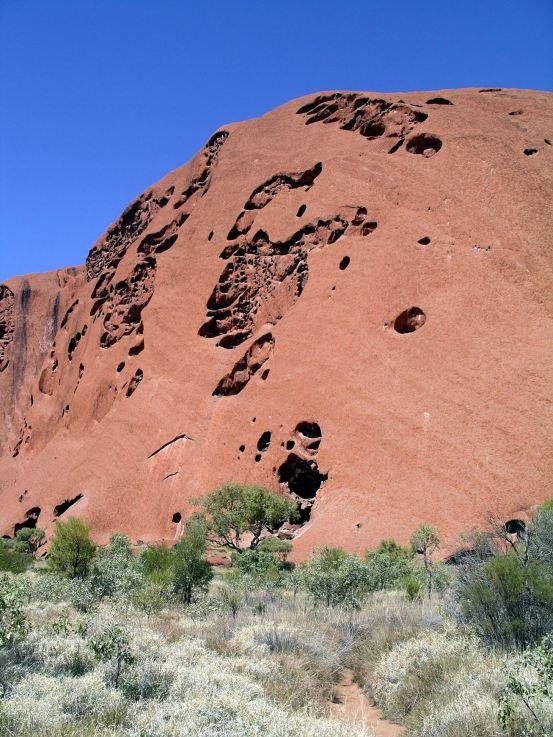 There are places where large chunks of rock have slipped and fallen down. 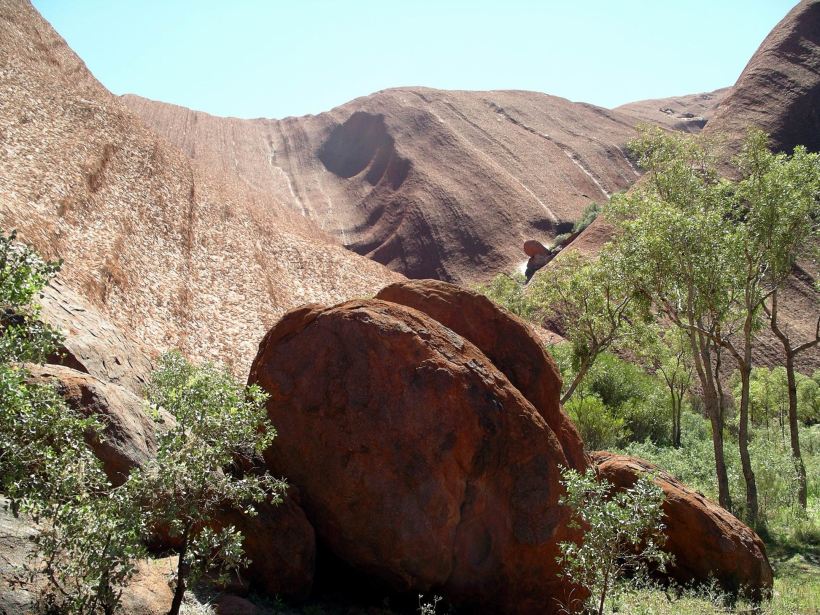 There are places where water has eroded channels and little potholes. 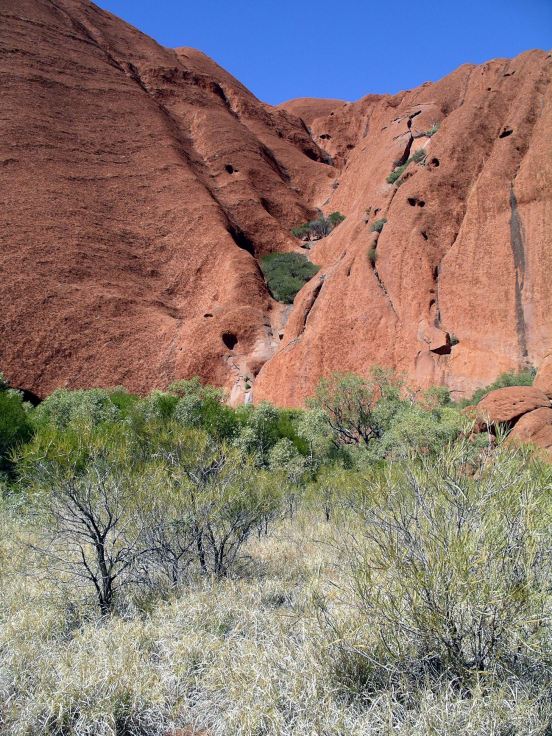 The red hops bushes were in flower, on clumps of bushes in amongst the dry grass. Very pretty. 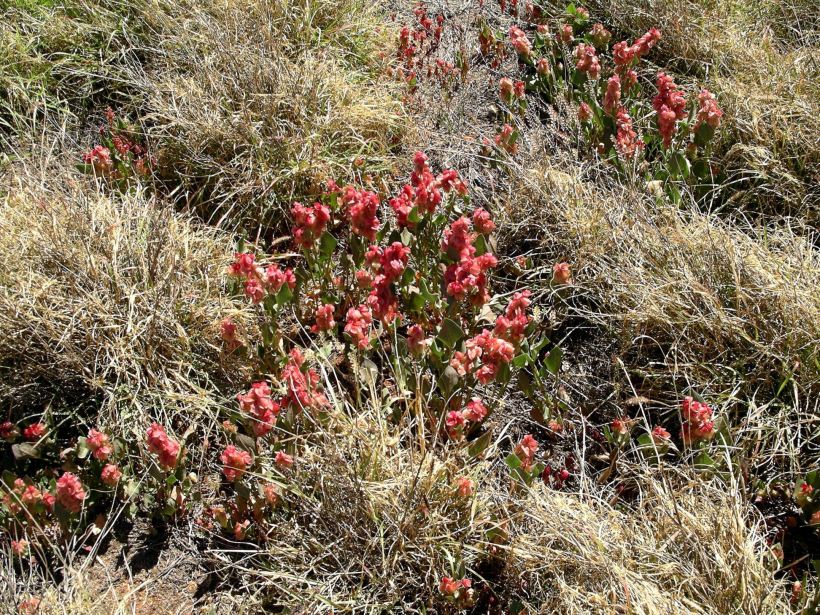 It was a really wonderful way to fill in the afternoon. I really appreciated the exercise, after all the travel sitting. 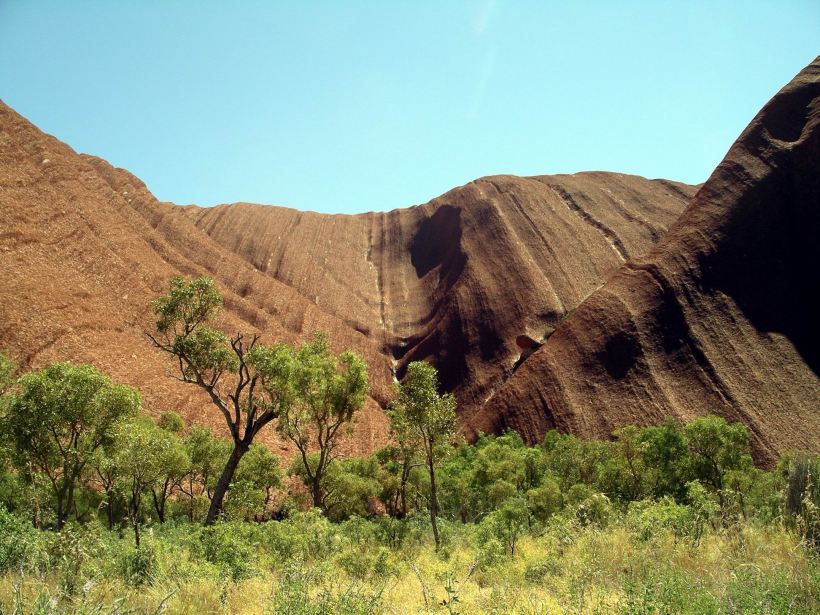 Late in the afternoon, there was all the flurry  in the campground, of visitors heading out to view the sunset on Ayers Rock, then coming back from that. We had done the sunset thing before, so were not tempted to join them.