John woke up with the noise in his ear back, and his face all swollen up again. He’d thought he was getting better, so was really depressed about this. However, it did not stop him from playing Scroungers  bowls in the morning!

I wondered whether the regular bending over for bowls unsettles something in the face/ear? But I wouldn’t be game to suggest it, though.

I did the washing, which had built up over the last couple of weeks. It was quite windy, so good for getting the washing dry.

As I was walking back to the van from the laundry, recognized another camper. It was D, who we’d gotten to know when staying at the same caravan park in Hobart, in 2000.  I had been sending him and E Xmas cards, to their home base address in Orford, but in 2002 that card had come back. He told me they were full time on the road now – which he’d really wanted to do. They had sold the Orford place. They were really pleased to see me again. Over the next couple of days we did quite a bit of catching up and talking travel. This was their third winter in Carnarvon, but they planned to try something different next winter and head for Queensland.

After lunch, went to town and went for a walk on the One Mile Jetty. This structure, built in the 1890’s for coastal shipping, had to be this long to reach deep water. The amount of silt coming down the Gascoyne River system, in floods, had created an extensive sort of delta formation, some of which was exposed at low tide. 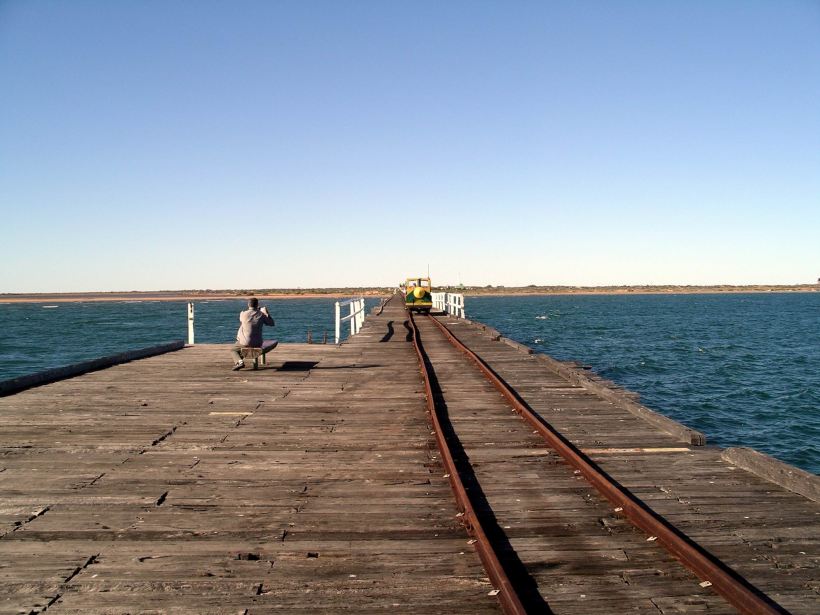 Out on the One Mile Jetty, lookung back to town

Back in ’93, we watched people fishing from the end of this, but in 2000 the last section was closed off, because some morons had lit fires and burnt parts of it. Someone said it was people fishing, who wanted to keep warm. What idiots light fires on a wooden jetty? 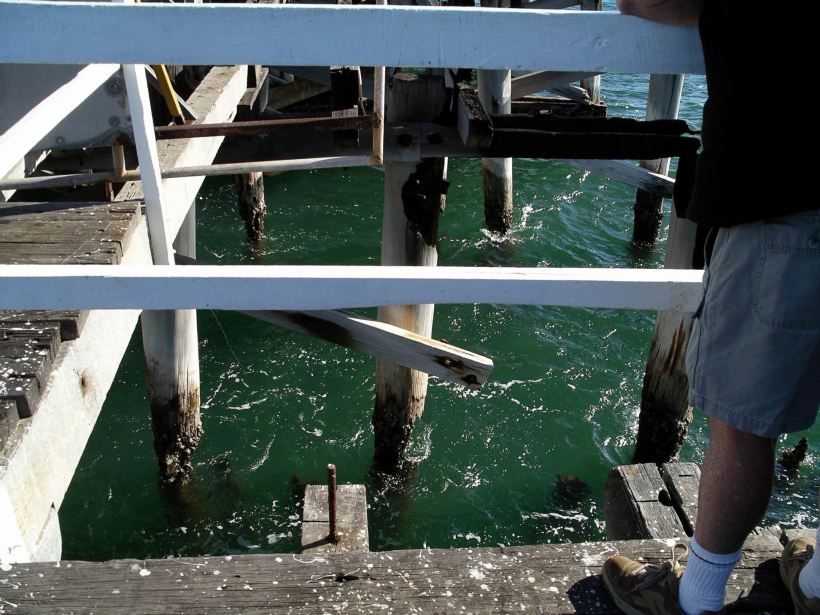 It was still closed off. 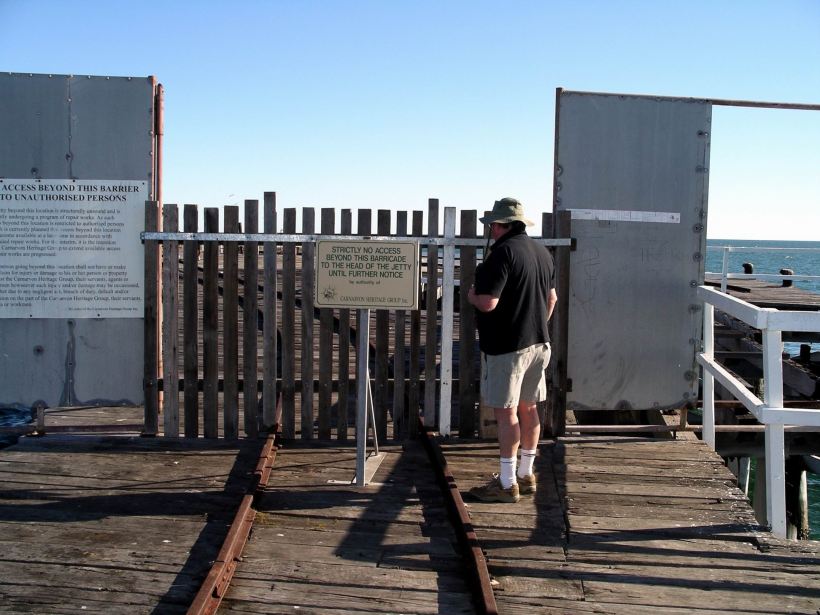 Closed off last part of jetty

The little Coffee Pot train – so named for its shape – was running, to take people who did not want to walk, up and down the jetty. 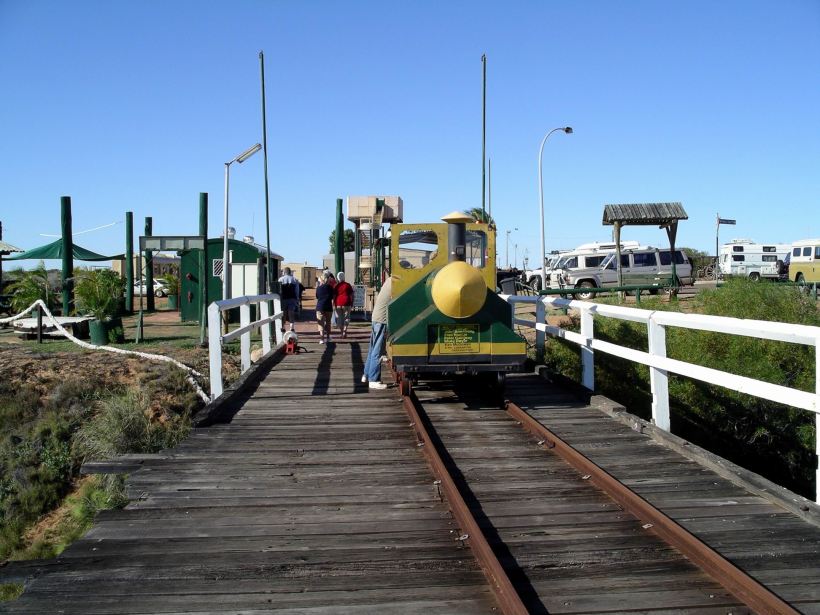 Apparently, full restoration of the end of the jetty was expected in the near future. They had done well – massive task. 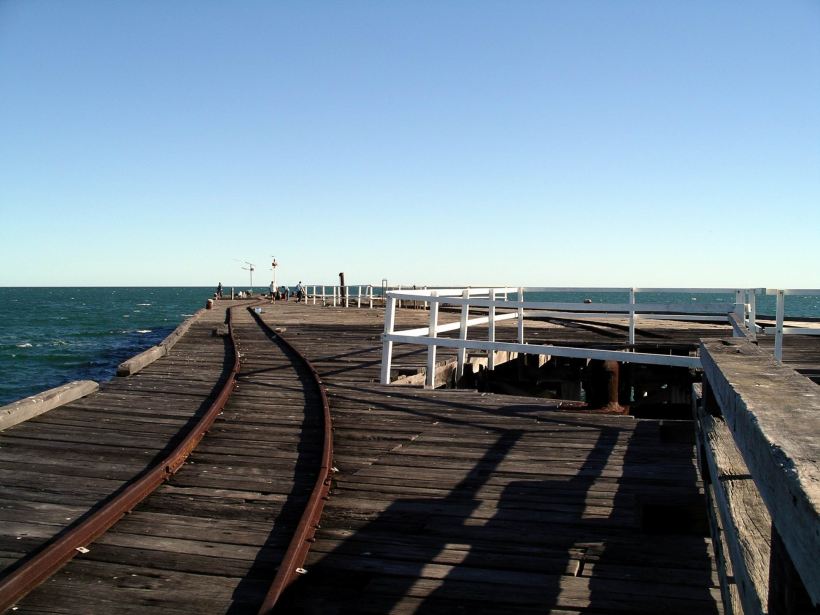 We drove around the Fascine – the waterfront – and the small boat area,  just looking.