We had a bit of a farewell chat to Rhyllis and John before they left, and to Ranger A. He had roped off Sites 1 and 2, 5 and 6, for a CALM study/work group – paying customers – arriving Sunday. He put their food wagon in Bay 3 – next to us – but there was good separation between it and our site. In the meantime, we had great seclusion, because no one else could camp along this part, which had the best views in the camp area.

We walked the Coastal Walk, to Dolphin Cove, Little Tagon Bay, Tagon Bay. As it was about 10kms return trip, this occupied much of the day. The track left from the campground, and headed broadly westwards.

Cape Arid from along the Coastal Walk

It was a very attractive walk, behind coastal rocks, through scrub, over headlands, along beaches. There was great variety. We both thoroughly enjoyed the walk. 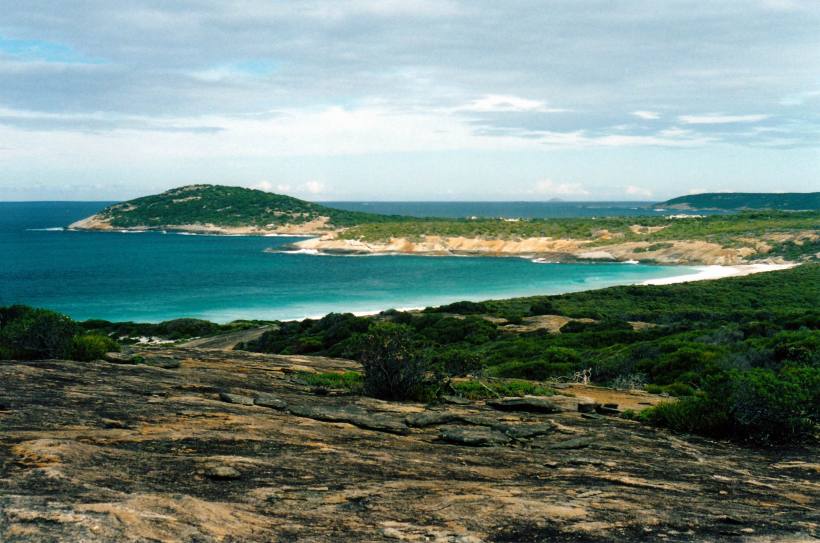 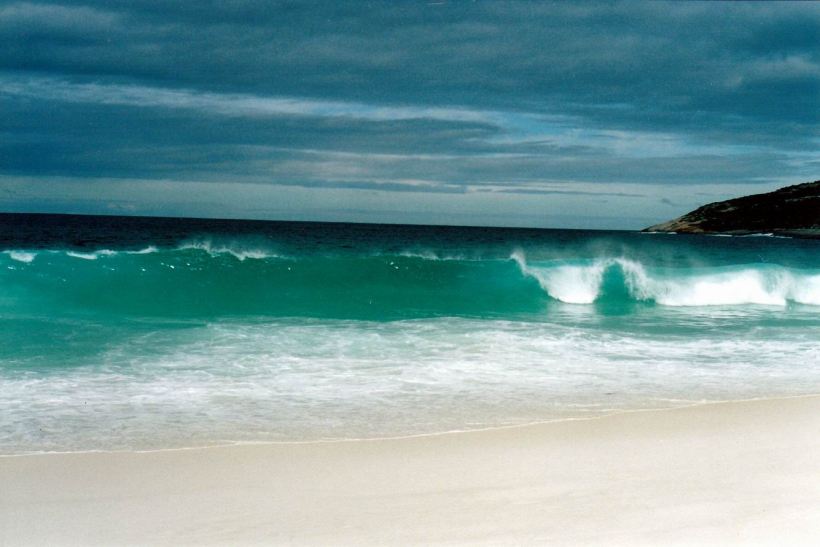 We spotted a black-faced shag perched on some rocks. There was a dead dolphin on Dolphin Cove beach.

A fan-tailed cuckoo had taken to visiting our camp, sitting in a nearby bush and whistling. Beautiful.

I marinated some of the salmon in a Thai-style marinade, and then cooked it in foil parcels with some of the marinade. It was much better eating that way. I must remember that as a good way to cook firm fleshed fish.

It was another beautiful full-moon evening.

After dark, I saw an owl (frogmouth?), perched on top of a kangaroo tail plant, just being really still. If the outline of the plant hadn’t looked strange, I wouldn’t have known the bird was there.