The day was hot and humid.

We stayed around the van all day, basically. We needed some slow time, after all those days of driving long distances.

Walked to the nearby shops, got a paper, and read same.

I did some van cleaning and washed the floor rugs in the trough in the laundry. 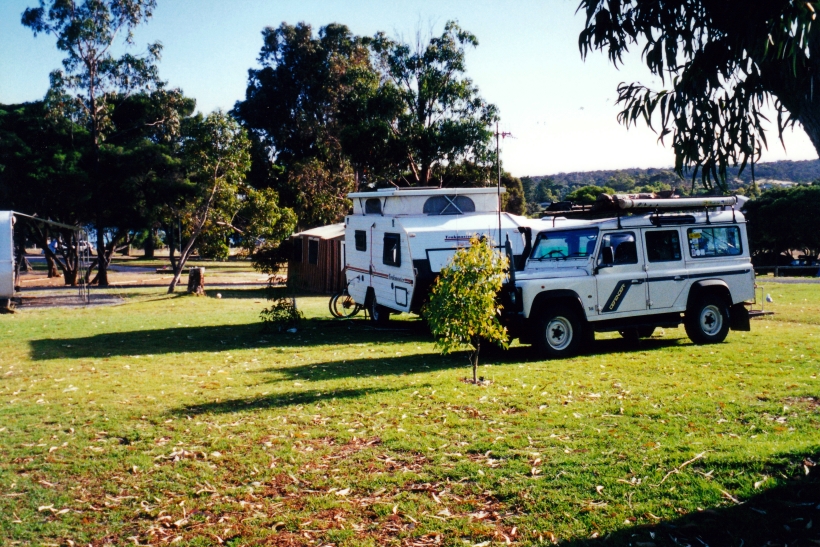 Our camp at Coffin Bay

John drove off to investigate the local bowls scenario.

We did a short walk, after lunch, on the Oyster Walk Track, which hugs the coastline. We got onto it across the road from the caravan park, as went as far as the yacht club – not far. It was an interesting little walk, though, amongst the beach shacks, built almost at the water’s edge.

The large expanses of sheltered water around Coffin Bay are home to oyster leases. It is a major industry in these parts.

The somewhat gruesomely named Coffin Bay was actually a name bestowed on the bay by the explorer Matthew Flinders – after a significant person in the British Navy. So – Coffin was a person!

The other Trakmaster people came across for a pre-dinner drink. It was really pleasant to socialize again. They were wine makers from the Mornington Peninsula.