Up early, while it was still relatively cool – and we were used to early starts. Quick basic breakfast. Hitching up again did not take too long, and away we went.

This trip was all about getting home, so we were not planning any sight seeing or side tracking. Just long days of driving.

It was soon really hot again, though. Going south was not making much difference. The Truck was not coping with both towing in temperatures well over 40, and having the air con on, so we had to manage with just the windows down and hoping the wind coming in was slightly cooling. Hope being the operative word.

South of Kumarina, we stopped for a break at a Gascoyne River crossing. The river channel here – one of several at the headwaters of this large river system – had some water in it.

We had decided to try taking the unsealed Neds Creek road, which went south east from the highway, through to Wiluna. Various tradies from Leonora and Kalgoorlie had told us this was a much better quality way than going via Meekatharra. 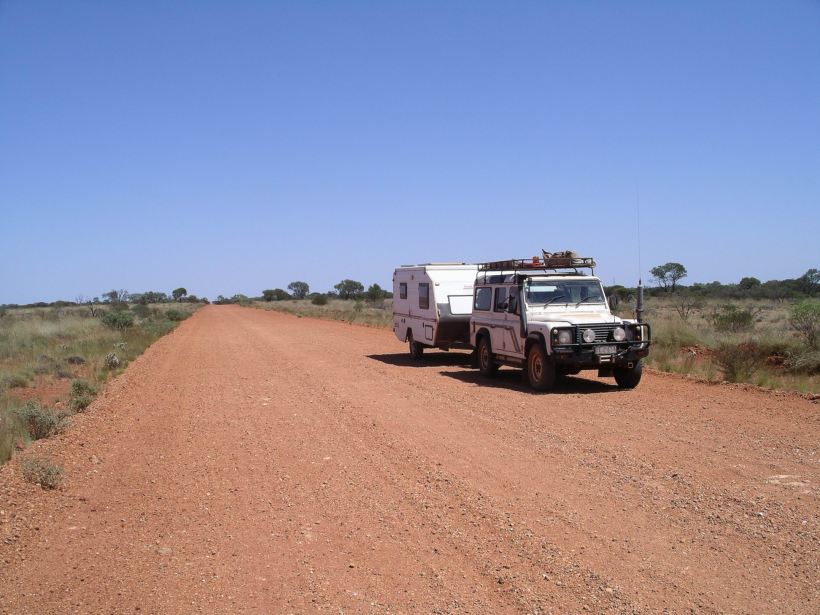 We found this way pretty smooth, and could make reasonable speed on the red dirt road. There were few other vehicles on it. There were still wildflowers in bloom, in places –  pretty.

We stopped part way along its length to stretch legs again and eat the sandwiches I’d made this morning.

Road was a bit sandier here

Some 40kms north of Wiluna, the Neds Creek road was also the southern part of the legendary Canning Stock Route, so we could now say we had been on this – however briefly – as far as from Wiluna to Well 1. Not that we stopped to look for Well 1.

The Canning – originally pioneered to bring cattle from the Kimberley to southern markets – is the longest stock route in the world, depending on 51 wells sunk along its distance to water the travelling stock.  However, it was not used for any length of time and these days is a difficult 4WD track that takes about three weeks to traverse from Wiluna to Halls Creek. It was on our to-do list, but we had not yet managed to get that expedition off the ground. This was definitely not a trek that it was sensible to do alone and we hadn’t managed to find friends with a suitable rig that they were prepared to chance on it. We still hoped…… 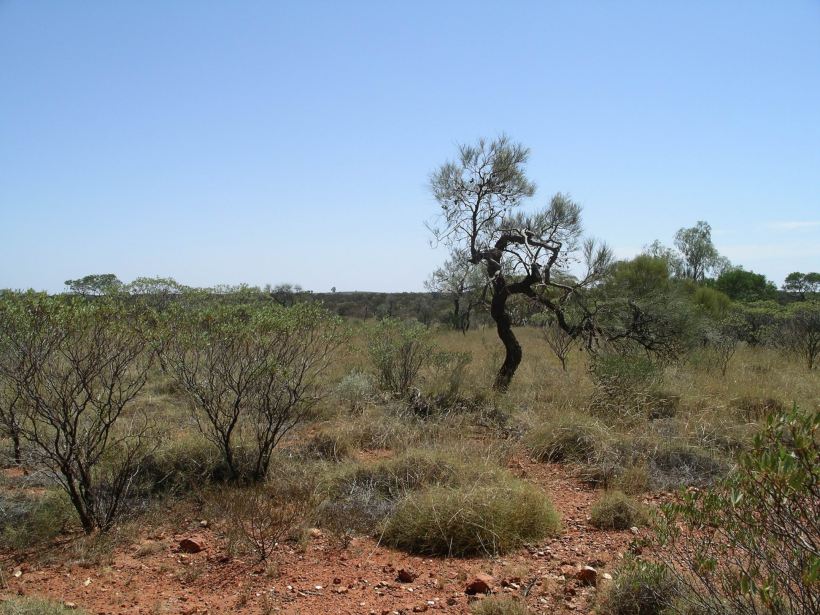 At the small, mostly indigenous settlement of Wiluna, we were back on sealed roads. Topped up the fuel again here – $1.46 cpl.

By the time we reached Leonora, we’d had enough driving for the day. Refuelled truck – $1.45cpl.

Got a powered site at the Leonora Caravan Park – $20. We were able to stay hitched up.

I was a little curious about  Leonora Lodge – the accommodation facility being developed by the company we’d been working for, but this was not the time to be going to see it – we were weary. We had visited Leonora before, a couple of years ago, and seen its main sights then – principally, the Sons of Gwalia mine and historic display.

It was another night much like the last, except the place was much quieter. Shower, tea, early night.