Today was very hot, even by the standards we were becoming used to. Seemed to have ramped  up a few notches.

Did not rush to get up, and left camp after breakfast. Just hoped there would be no bushfires or strong wind storms that might affect the van, in our absence.

We stopped at the South Hedland shops and I bought some food supplies and the weekend papers.

The drive was alright – just – and quite far enough in the heat.

There were not many tourists left at the Eighty Mile Beach Caravan Park.

Our cabin was great. It cost us $140 a night. It was very roomy. There were two bedrooms, with a good double bed in one and four bunks in the other. The kitchen area was well equipped and there was a full sized fridge. There were air cons in the three main rooms – good! We had the use of a BBQ outside. There were not many windows – better to keep out the heat.

It was so wonderful to have our own bathroom again. All to ourselves……

John went fishing when the tide was right, christening the new rod he’d bought in Hedland, for this occasion. 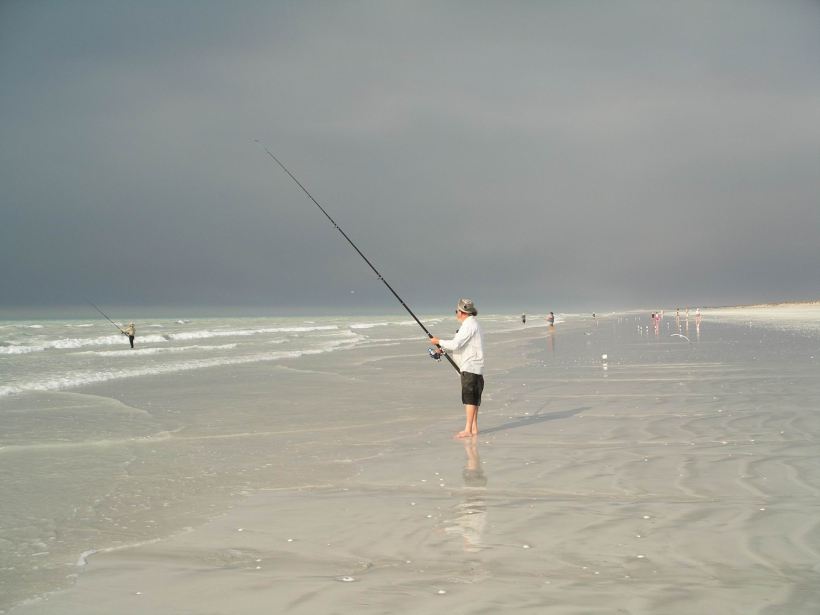 Later in the afternoon, as it was beginning to cool a fraction, I walked along the beach. The sea! The sea! Just so good to be by it, despite the heat and high humidity, after the aridity of where we had been.

We bought fish and chips for tea from the shop cafe – the delectable thread fin salmon that was a common catch from the beach, here. It was the last night they were doing these, as the “season” was over for the year. So we were lucky.