Today turned out to be one that would never be erased from my memory – and not in a good way! It did not go well. It was a comedy of errors – compounded by John’s idiocy and pig-headedness.

It had been arranged that John would set out fairly early this morning, in the Acco tip truck, to take some gear that K wanted, down to RV2. John had already been down there on similar errands – it was not new ground for him.

John  left just before 8am, after the gear had been loaded onto the truck by a couple of the men.

I was doing some paperwork, when the phone rang about 8.15, and it was K, asking for some more things – essential he said – to be sent on the truck. After some rather choice comments, R loaded up the items onto his company ute, and left driving, to catch up to John and transfer the items to the Acco.

I kept on with my paper work.

Then the phone rang again, some 20 minutes after R had left. K again. He absolutely had to have some generator leads. The man could not organize his way out of a paper bag! I explained that John and the truck were long gone, R and the ute ditto. All K could say was that he must have the leads. Like it was MY problem!

The only two normal  vehicles left on the site were our Truck and P’s ute – and he was doing more important work out on site than running around with generator leads. It seemed that there was nothing for it but to load up the leads myself, into our Truck, and follow the procession south! It was like something out of a bad cartoon.

I kept expecting to see both R and the Acco ahead of me, but was some 60kms down the highway, almost at the Hillside road turn off, when I spotted R coming back the other way, and flashed lights to make him stop.

It had taken him longer to catch up with John than he’d thought it would. I explained what was going on and he soundly cursed K – a bit more colourful language than I’d used, though! He offered to swap vehicles with me, but not to turn around and chase John again – he had to get back on site. I said I preferred to keep driving my familiar vehicle, especially on the dirt road section coming up. So we went our separate ways.

I did not catch John.

The dirt section of road along side the BHP railway seemed really long, and I started to worry that I’d missed a sign and turn off. I didn’t know exactly how far I should be going, just that it was roughly 60-80kms along the railway road. But, eventually, I saw a sign, in a dip, and a small track winding away to the left. I got to the work site about ten minutes after John – who was very surprised to see me!

We unloaded and had a quick drink of cold water from the site office fridge.

I managed to get a quick look at this site, which I hadn’t been to before. It seemed so much more isolated than RV1.

Then, as I was about to leave again, noticed that a back tyre on Truck was half flat – a slow puncture. One of the men changed it for me. There was a screw stuck in it – probably just picked up on the site!

John was determined to take a short cut back to the highway, rather than follow the BHP railway road back to the Hillside road. Someone had told him about this White Springs track – and that it was a bit rough. So there was nothing for it but that he would go back that way!

In vain, I reminded him about his recent embarrassing attempt to drive the rail survey line. It did not matter what I said, though. I threatened to leave him to go his own sweet way and follow the usual route back myself. That is what I should have done, but soft-hearted me finds it difficult to leave him to deal with his own follies, in case he gets into real trouble. 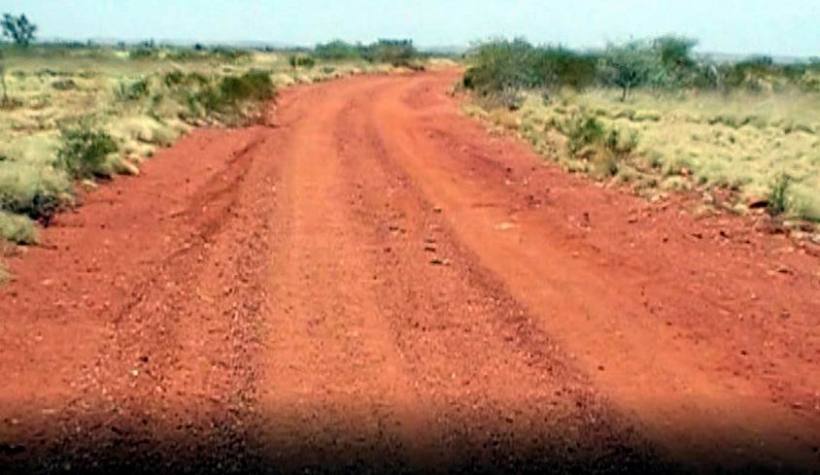 A good section of the White Springs track

So we crossed the BHP railway line, where the track branched off to the west, me following the Acco truck. Not too far along, the track started crossing fairly the sandy and loose stream channels that fed into the Yule River. Did John turn around? No. Did he then get the Acco bogged? Yes.

Fortunately, while he was trying to work out what to do, on this little used track, a couple of men in a FMG vehicle came along – possibly locals doing a heritage survey or similar. They used a snatch strap to pull the Acco through the rest of the river bed, then left to go on their way – no doubt laughing about the clown in the tip truck!

Fortunately for posterity, John had the company’s camera with him – normally used to record progress on the project. This time, it recorded one man’s lack of learning from prior experience. I doubt he ever sent copies of these photos to Head Office….

John then instructed me to drive in front, in case he got into further bother and I had to go for help. He also said to drive fast, so he could keep up the revs on the Acco on any loose sections.

So I found myself careering along this narrow, overgrown in places, often bendy, bush track.

Next thing, another flat tyre on the Landrover. Staked on the narrow track, due to trying to do the ridiculous speed John wanted.  We both stopped – at least the road surface was firm, here. Of course, the spare was already on Truck – put on at RV2. There was nothing for it but to put back the slow leaking one, after using our air compressor to pump it up.

With Truck up on jack, tyre damage was obvious

We continued on and soon reached the highway, for which I was very grateful. Headed north, with me trying to nurse Truck along a bit, and hoping the tyre would stay up enough. It didn’t. And was too badly damaged to try to re-inflate.

So, John left me with Truck, by the side of the highway, while he went to RV1 to tell R what was going on – no doubt an edited version – and then to Fly Camp to get the spare off the caravan to bring back for Truck.

I had no reading matter, no camera, nothing to eat, and soon finished what was left of the bottle of water I’d started out with this morning. The external temperature was climbing to the high 30’s. A few approaching vehicles slowed down, but I waved them on, hoping my work regalia made me appear confident and competent, rather than just a stranded, vulnerable female.

I had ample time to think very unflattering thoughts about stupid men (K and John in particular), pig-headed husbands, and how I would never – left to my own devices – have gotten into such a situation! I was berating myself for being so soft headed as to stick with John, rather than leaving him to try the track alone. The D-word definitely came to mind, as I got hotter and thirstier and angrier. 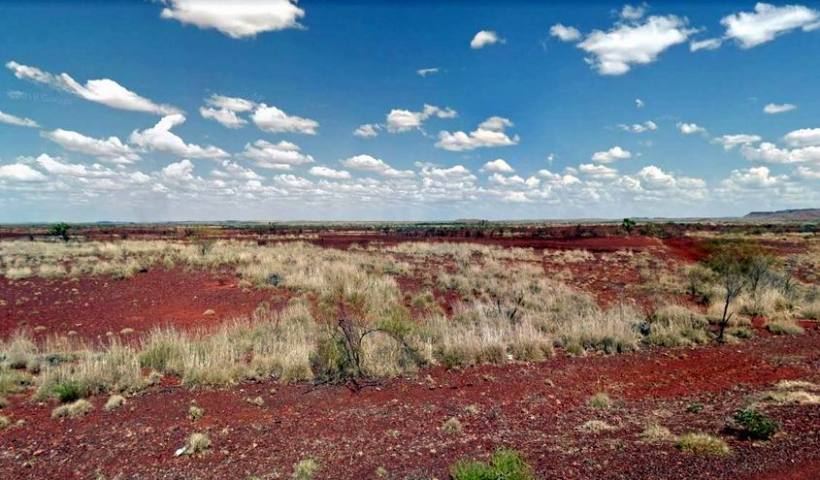 Stranded by the roadside in this country

Eventually, John  returned in R’s ute, with the van spare wheel, we changed it over, and proceeded back to RV1. John had not thought to bring water. It was 3.30pm when we reached there. I was hot, thirsty, hungry and angry. That little jaunt had taken the best part of seven hours.

R took one look at my face, as I marched into the Office, and headed off to the far reaches of the site, not to be seen again for the rest of the day. Smart man.

Had my very late lunch – it had been a long time since breakfast at 5.15am. Went back to my paper work for what was left of the day.

Later, the company agreed to pay for two new tyres for our Truck – which I felt was rather generous of them.

John was not particularly embarrassed. He seemed to think it had all been an adventure!

The sunset was lovely – best part of a really crappy day. 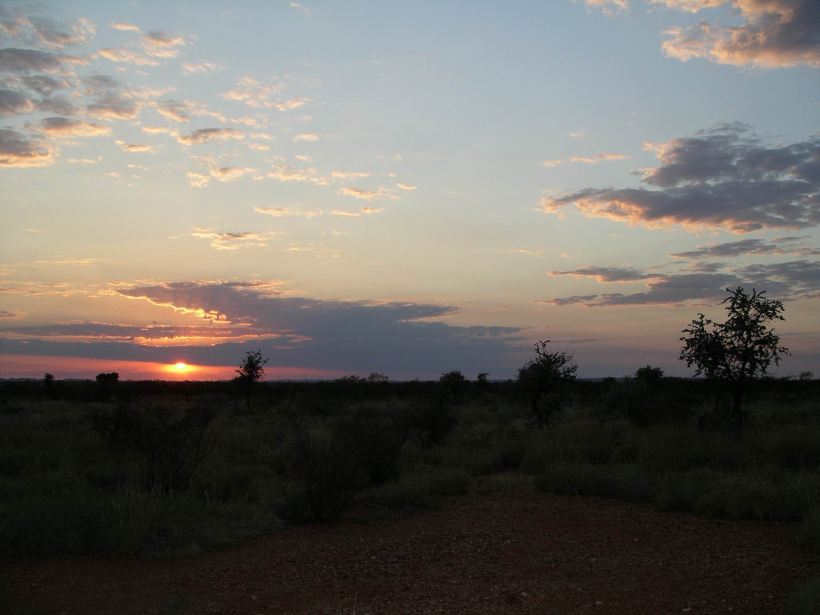