I had lots of paperwork to do this morning, catching up on what had occurred on site yesterday.

Had to write up an incident that happened yesterday, and contact the transport company involved, about it. There was a delivery of two donga buildings on one of the usual two trailer road trains. The driver managed to reverse into one of the buildings, after it was unloaded, and put a decent dent in the side. A dinged donga!

John had a trip to Hedland. He had to return the sheets he bought there last week, because the beds in the new dongas  were king single size and the ones he bought did not fit. I had discovered that the hard way, when I tried to make up some of the beds. He was rather lucky, I thought, to be able to get eight sets of king single sets in the town!

I could now make the new dongas up properly, when they were needed.

Negotiations were under way with the housekeeping lady who did the cleaning and room work for the dongas provided by FMG for the Fly Camp, to also do the cleaning and bed changing for the company’s dongas here. I really did not want to be coming back from twelve hours in the office and then having to do that stuff. Turnover through the rooms could be quite quick, as subbies came and went.

Now that H was working for us, his wife would be coming up here too. It was likely that there would be some work for her too, in helping to set up the rooms in RV1.

Today was another big step in the project’s progress. A crane arrived from Hedland and began to lift in the accommodation  dongas for the first Pod – all 24 of them. Our equipment could not do this job without breaking up the newly laid cement paths. The cementing machinery could not do its work with the dongas in place. Catch 22! Hence the crane. 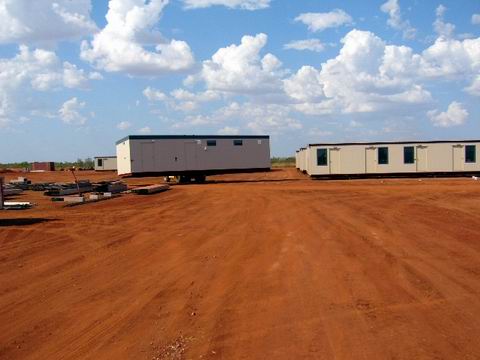 Using the forklift to take a SPQ donga from the lay down area to the crane – driving blind?

R was really furious. He’d been down to check progress at RV2, where K was in charge, and discovered that the layout lines had been pegged wrongly. This would have created major problems had it not been picked up. I supposed K was the best they could do, but he really did not seem to have much in the way of organizational skills. R would have to do a lot of checking on him.

With SPQ dongas in place, I would eventually have to go round the site and record the exact location of each one, on a diagram, with its ID number. But that was a fair way off yet.

This afternoon, there was a steady build up of really dark storm clouds, that came in from the north west.

Storm coming from the west

Then there was quite a nasty dust storm across the camp.

We all sheltered inside the office and waited for it to pass. The associated wind was strong enough to make the office donga really shake.

Back at Fly Camp, after work, there were more storm clouds building in the distance and some lightning evident. 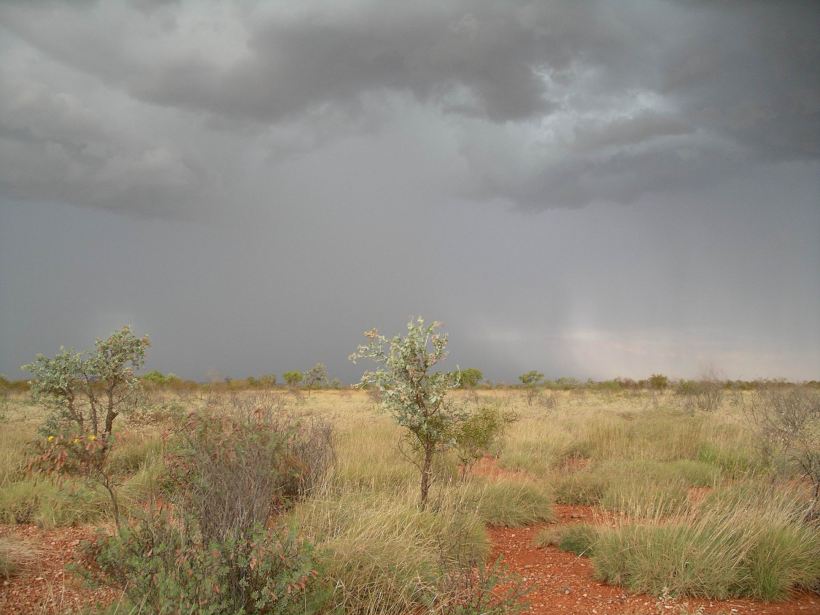 It hasn’t finished yet….

Someone who knew the region had told us that we were coming into the storm season now. The delay in being able to start the project meant a greater chance of being impacted by storms.