John had to be up really early, to take Mc to the morning plane from Hedland to Perth. From there, Mc would connect to a flight to Darwin – his home base. With no direct flights from Hedland to Darwin or Alice Springs, it meant that when the men were going off on their week of leave, the best part of two days of that week was spent travelling.

Today, I took some photos of the road and the scenery from RV1, and a view of it, at the current time, from the road. 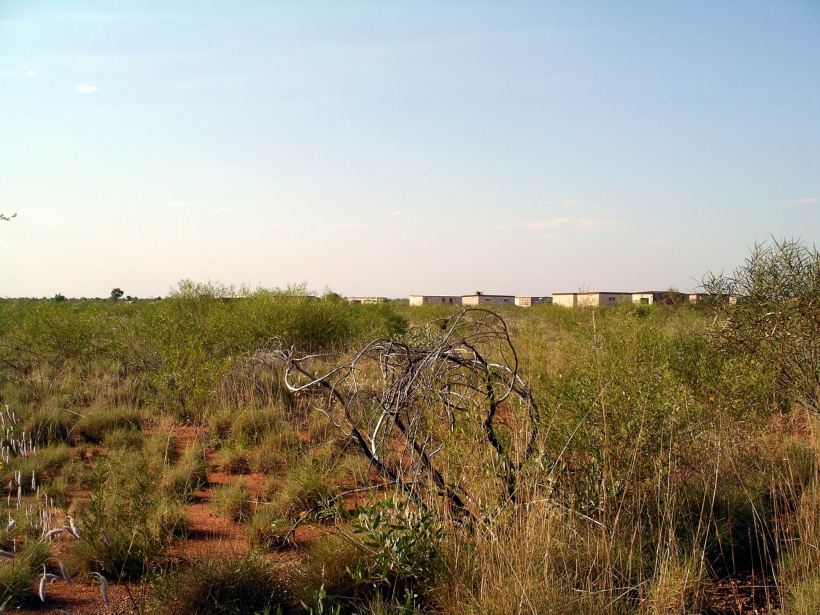 RV1 site from the Access Road, with already-delivered buildings

HO sent me a new pro forma for the Daily Activity Sheet. Apparently, it had been developed by the guy who was in charge of the SA project, for his use there, and HO thought it would be a better one to use for here, too. It certainly made it clearer what information I was to provide on it.

In view of that, I made up a sheet for each of the men to complete, when they were signing on in the morning, briefly summarizing what work they had done the day before. I couldn’t see any other way of gathering this information, since I really had no grasp of what was happening on the site. It should not be too onerous for them – just a few words, like trenching, levelling ground, unloading truck, welding tie downs, etc. From that, I could make up the DAS. I also had to put in things like temperature, wind speed estimate, any accidents or safety issues, and anything else relevant that I could think of!

Also completed and faced back to HO the paysheets. I liked that we were already on there, with some impressive hours tallied up already! Also faxed them our fuel dockets from the trip down for reimbursement.

When attempting to tidy up the offices – the mess left by the whirlwind that was BB, plus the chaotic K – found more invoices and sent them off. I still had to try to chase up some One Steel invoices from K! HO knew he should have had them, but needed to actually see them…..

I inducted two sprayers (for termites and pests in general) and a FMG man from Perth who was checking something to do with water supply.

Two more bedroom portable buildings arrived on a truck – a large truck! Now I knew to get their serial numbers before they were “laid down” in the large, flat, holding area off to one side of the site. Here, they would be arranged in close-together rows until such time as they could be put into their intended proper positions. 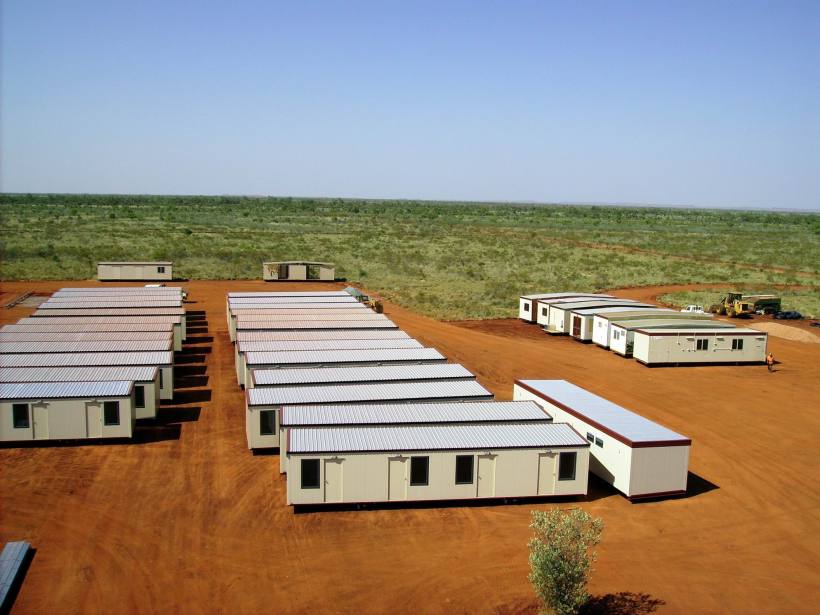 The lay down area – building storage. Some 25 accommodation portables already delivered. At right and back were some mystery buildings…..

A new task today was to clean and tidy the men’s eating area and the fridge. Can’t escape bloody housework work!

P and son arrived on schedule. It had taken them two nights and three days to cross from Alice Springs, on the Gary Junction Road, crossing the Canning Stock Route, through Punmu community and Telfer Mine area.  They camped in swags beside the tracks for those two nights.

John was in Port Hedland for much of the day. He was going to get to know that part of the highway really well! One of his tasks was to get a flat tyre fixed, from the golf buggy used to get about the site.

After tea,  enjoyed talking with P about his trip across the desert tracks. Travelling on some of those had interested me, for some time, ever since reading some of Len Beadell’s books about the surveying and grading of same. I was always keen to gather any information that would confirm which routes would be ok with our van. P seemed to think that the way he came would not pose too many issues.

The road “home at the end of the day. Down the hill, across the dry creek channel, then Fly Camp on the right.