John had to take some people to the afternoon plane out of Hedland. He left our site at 2.30 and got back to camp at 7.30pm. I was so happy we were being paid by the hour!

The big event of today was that the comms man, working remotely from Alice Springs, somehow got the internet working! Yay! But the printer was still not working, though. But at least, with the photocopier, internet and fax, I could do much of the stuff needed.

One of the first documents through from head office, when the fax was working, was a document for me on company reporting procedures. These related to:

* Delivery dockets for buildings being brought to the site. It seemed that everything would be portable and made elsewhere. The docket process varied depending on whether the buildings came on a company truck or via another transport company. Delivery dockets came in duplicates and triplicates – why make it simple?

* Building numbers – every building delivered should have a company serial number on it and a manufacturer’s number. These were to be recorded as they came and sent daily to head office. (I wondered just how many would be coming each day?) Of course, the only way to make sure such numbers were correct on the paperwork, was to trot outside and play hunt the numbers on said buildings.

* A Daily Activity Report was to be completed and faxed to Head Office each day. Something else I had to figure out. I could think of some things that came under that heading, but some of them were certainly not the company’s business!

* Weekly Milestone Progress Reports were to be completed each Sunday and faxed through to head office. Not by me, I hoped……..Milestone? Progress?

* Milestone Completion Certificate – to be completed as soon as it was considered that the Activities had been achieved, and faxed to Head Office. This would support the company’s Tax Invoice to FMG. These had to be countersigned by a representative from the FMG Team. (Worry about all that later, since nothing looked like being completed for a while yet.)

Yes, well……For someone with no prior knowledge of the building and projects industries, these instructions raised more questions than they answered!  I just had to hope that all would become clear in time, and before I stuffed up something important.

Camp locations (Zoom, current). Shows the Great Northern Highway, the now completed railway, only a rough graded line when we started; scars where Fly Camp and RV1 were once built.

Some of the instructions the secretary back in Darwin had tried to give me, had related to delivery dockets filing and keeping records of same. I could not really follow her system then, but decided now that from what I had understood, it was unnecessarily convoluted and that I would work it out for myself. She was dealing with different sorts of deliveries up there, anyway.

I decided to tackle the easy seeming things first. Faxed my updated contacts list to Alice Springs, along with a $3000 bill from a Hedland forklift company. Hoped someone there knew how same had been incurred, because I didn’t – it was just lying around in a heap of papers on a desk.

I found a template document amongst the papers I’d been given in Darwin, for Daily Activity Report. Aha – meant to be a summary of work done and by whom, and any other relevant information, like accidents.  So filled that in as best I could – not really knowing what work had taken place the day before, who was even working here, and there not being anyone I could ask. That information was going to have to come to me, somehow, in the future.

I phoned the Shire to notify them that we had started site work. Despite my reminder yesterday, the boss had not done so.

Several times, the boss asked me to make phone calls to check on things – and I really had no idea what I was asking about! But I was definitely learning fast.

I decided to tackle head on the business of the building serial numbers. A few buildings had already been delivered, before we had access to the site, and these had been put down in the parking area at Fly Camp. I made a start by walking around them and finding the plates with the numbers on and recording same. 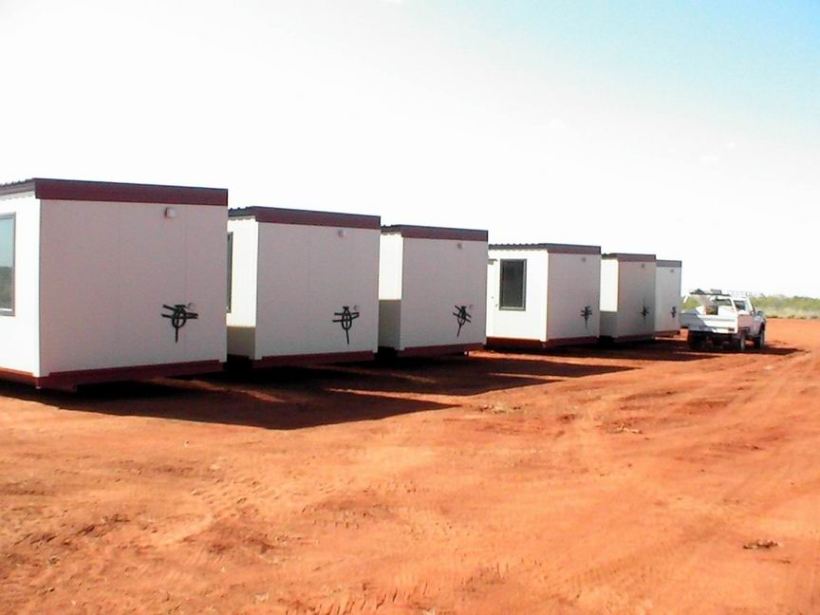 With John’s help, I organized a spreadsheet to keep track of these records. I would be able to update it as more buildings rolled in. There would be a lot to keep tabs on, as RV1 was to have 70 four room sleeping portables alone, plus all the other buildings for things like a gym, an ice room, first aid room and so on.

I had found a diagram of the proposed village layout, in the office, and been amazed when I studied it, at the facilities that were going in, and at the sheer scale of it all. And the company was putting in a second one of the same, some 150kms south of here – RV2. It had been explained to me that this would be staggered a few weeks behind RV1, so that sub contractors would finish their work at RV1 and then stage down to the other site. There was a Fly Camp set up down there too – South Point – but I gathered it was even more primitive than ours.

Some of the big guys from FMG visited the site. As John had gone to Hedland, I had to induct them onto site. Talk about the blind leading the blind!

The Fly Camp boss had asked me to sort out which of our staff were occupying which rooms at the Fly Camp – and to work with them about keeping track of this as workers moved in and out. So I got a drawing of the camp from him this evening, so I could make up a room allocation schematic.

R arrived, having driven from Darwin – good to see him again.

Discovered that our mobile works – a bit – outside, at night. A matter of wandering about out there, keeping one eye alert for any bars on the phone and the other alert for stray death adders. Snakes hunt at night, don’t they? I texted daughter to test it out.

Sunsets here were pretty spectacular. In fact, the whole environment was beginning to grow on me. I really liked returning to Fly Camp from the site, with the low hills of whatever range it was, in the distance. 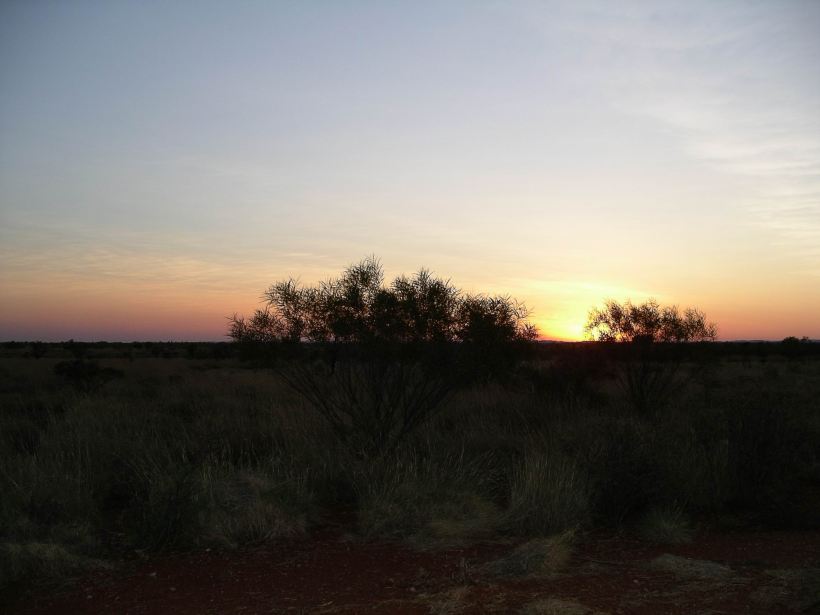