In the morning, we had the job interview at the company’s Darwin office.

The Manager, R, and his daughter who was the secretary, acted like we would probably be hired.

I was quite suspicious and found it hard to believe that John was the only applicant for the Safety Officer job. Maybe it was important that there were the two of us?

It was explained that there were two job sites, approximately 100 and 250kms from Port Hedland. A somewhat vague description….

The company was to build two 280 person accommodation camps, for construction crews that would build an iron ore railway for a small company, Fortescue Metals, from the mine in the Chichester Ranges, to be shipped from Port Hedland, where they were building their own shipping facility.

There was a real sense of urgency. Apparently, they needed to start ASAP, which might explain the speed at which they were prepared to hire us.

R said access to the site had already been delayed by some sort of external cause – not his company’s fault.

Mention was made that they would train us here and in Alice Springs, and then fly us to Port Hedland, transporting our Truck and van down by truck! But it all seemed rather vague and being made up as they went.

It would be BIG money!

I came away thinking I would need to learn the Excel program in a hurry, and brush up on my Office program skills in general. John tends to think that anyone who can spell or write can do clerical work….

We left there with nothing concrete. They would get in touch with us….

However, John did mention that we had a friend travelling with us – and R seemed a bit keen to hire her too! But M was not interested, however much John tried to persuade her. I thought that was very smart of her.

I would still prefer to tag along with her and go home. I said to John that I could go with M and leave him to go off alone on this particular little adventure. He did not like me saying that. I even said I could drive Truck and van home, and he could fly off adventuring. He got quite cross at the idea.

We went to the Casino for lunch. It was $9.85 each, for all one could eat from a very good buffet spread. Great value. It was a pleasant dining area too, with views out over the swimming pool to the sea.

We were not interested in the gaming machines and facilities, so we were not the type of customer the establishment was trying to lure with their attractive lunch deal.

After lunch, drove to the Holmes Jungle Nature Park, on the outskirts of town. Did one of the walks there. It was hot dry and dusty and not particularly impressive. The reputed bird life was in hiding from the heat. I did not have my camera with me, either. 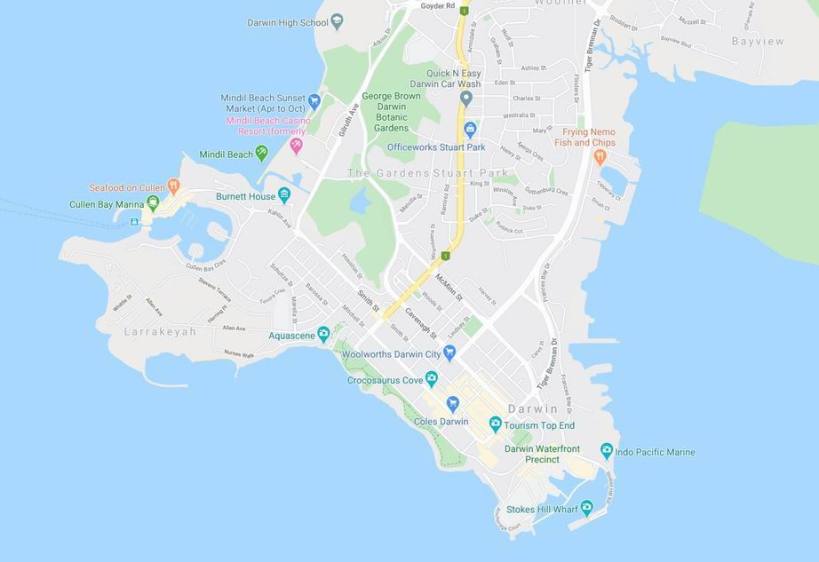