We had another relaxing day at camp, until just after lunch. 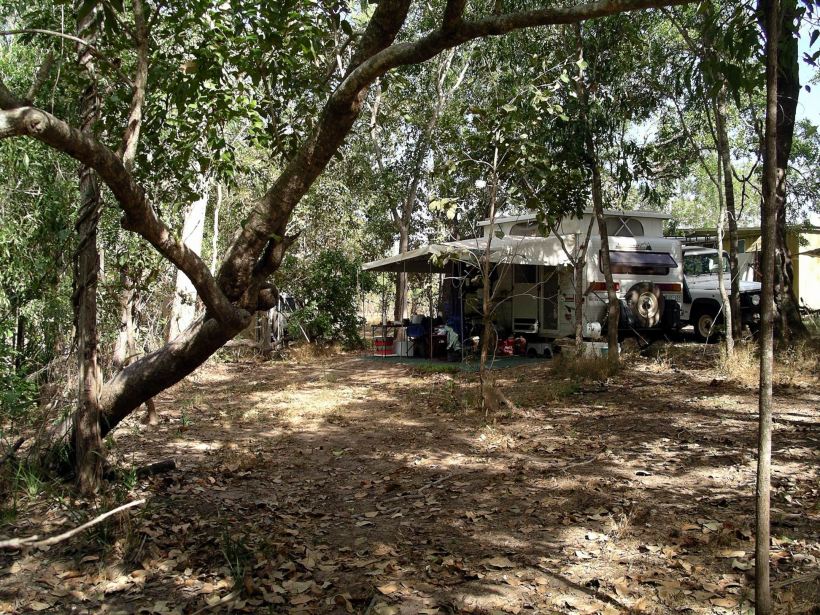 Then B appeared at our camp – unusual in itself. She said we’d had a phone call to the cafe and we were to phone M – John’s cousin. John went up and did that. They were at the caravan park in Batchelor.

We drove in to meet up with them, for a little while. After arriving at the park, and setting up their camp, they had gone to the store/PO to check for mail. They have the same surname as us, and the lady informed them that the mail had already been collected by someone from the cafe. Eventually, they twigged that it was probably our mail and that we were working there.

We had an enjoyable catch up, for a few hours. Tried to persuade them to come and camp at the caravan park next door to the cafe, but they had to meet friends in Darwin so were on a tight schedule. We continue to be ships in the night with these two, meeting up with them at unpredictable places on our respective travels.