Today we managed to get more energetic. Drove to the Wangi Falls carpark. 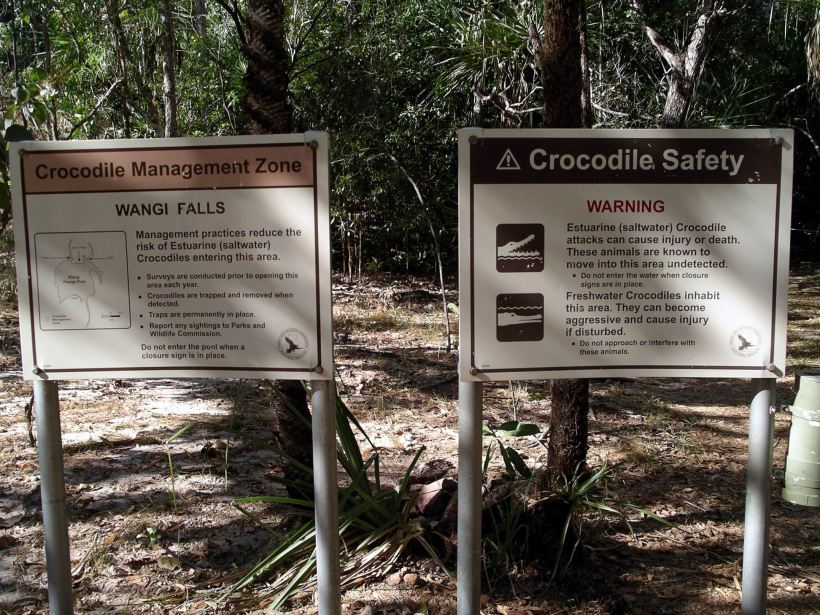 The Wangi plunge pool was still closed to swimmers, which was a great disappointment to many tourists, especially the backpackers. It was quite late in the year for it still to be closed. Officially, it was because there was still so much water coming over the falls that there were dangerous currents. But we had been told by the rangers coming into the cafe for a coffee, that they were still not sure the pool was clear of crocodiles, after the big wet season. The traps were still in there. 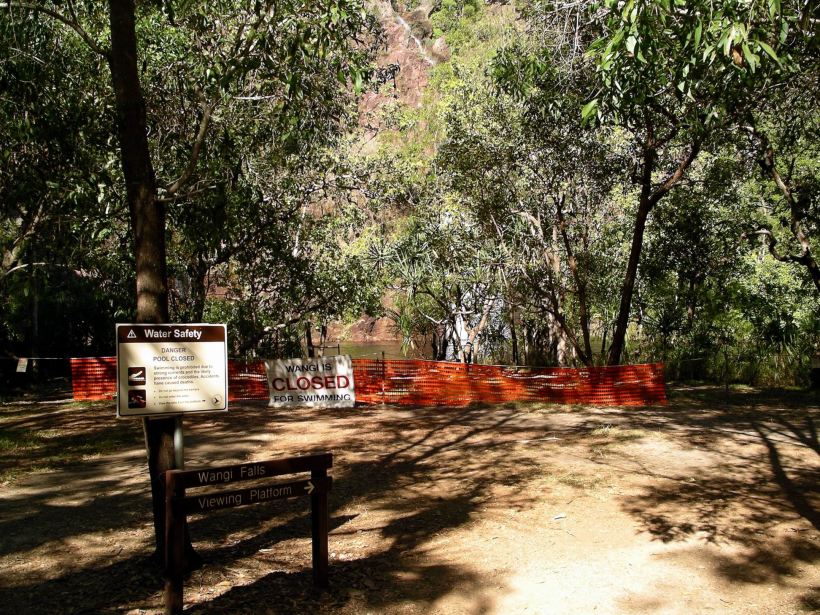 After looking at the falls from the pool level, for a while, we took the track beyond the viewing point. Now we were venturing where the majority of travellers who visited Wangi did not bother to go. It was the falls and the large plunge pool/swimming hole that defined this place for most people.

This climbed up the side of the falls, sometimes on steps. It was quite a steep climb, in parts.

I spotted a frogmouth owl, tucked away in a tree beside the track, just sitting there with its beak in the air, pretending we were not there.

Frogmouth Owl blending into the background

The climb was interesting, in that we transitioned from the monsoon type forest down at the falls level, up to the much more dry, short and sparse growth up on the stone country at the top.

Climbing up from the forest level

Stone country at the top of Wangi Falls

The track crossed surprisingly small creeks up on the top. It was hard to believe that these created the volume of the falls themselves.

At the top of the Falls 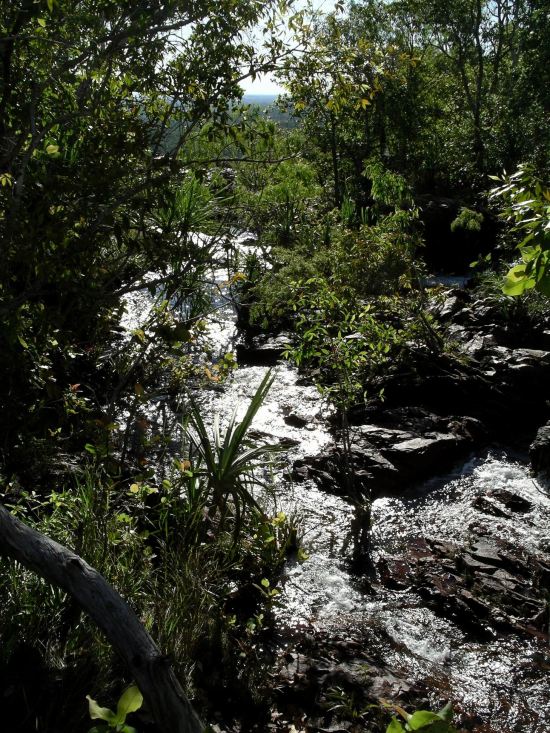 The track continued on, came back down the escarpment at a lower point and looped back to the falls and car park.

It was a pleasant outing, not too hard, and very pretty. However, my heel would be sore for a few days after the walking – really annoying.