He was working with boss on the new gallery area by the front gate. Quite late in the afternoon, they had taken a trailer out, to gather some slate, for the flooring, at a place where boss knew it occurred. It was late by the time they got back and unloaded it.

M arrived during the afternoon. We were both a bit busy, and had little time to do more than say hi and point her to where she could set up her camp, next to ours.

Knowing that John would be eager to spend time with M may have been why the boss decided to go out for slate, so late in the afternoon. And maybe why he told me that two cheesecakes would be needed!

So happy hour was a bit late. But it was great to catch up – on what travels she had done on the way here, and what she could expect, working here. 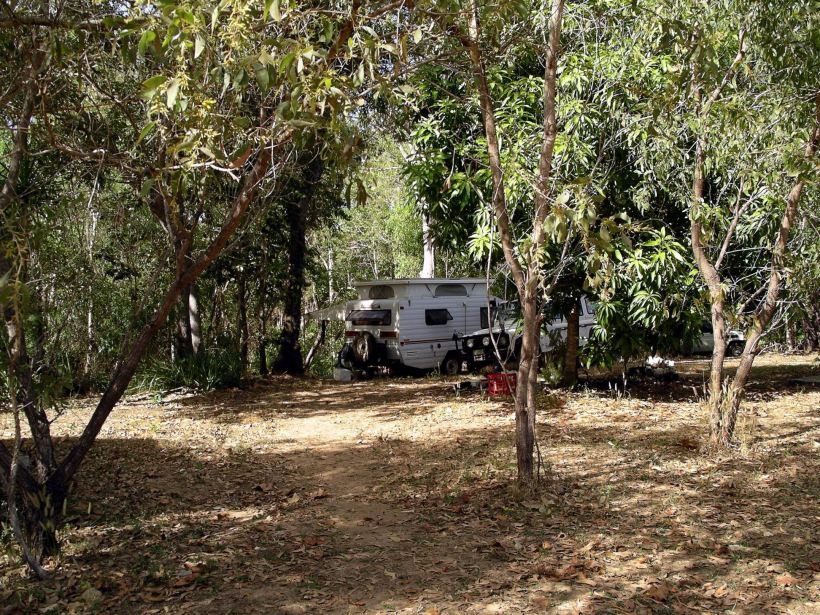 Our camp, with M’s Troopy just showing. We had already made a discernable path leading to the cafe!