Breakfast was as usual. I cooked scrambled egg and smoked salmon for the couple man.

I only had the smokos to prepare amidst the breakfast rush – a bit easier.

Once the coast was clear, I did a run to the house to fetch supplies. Set out zucchini slice to defrost. Made potato and bean salads for lunch, boiled eggs. Made a mango cheesecake.

All five, plus O and John, were in for lunch. Warmed zucchini slice, potato salad, bean salad, green salad with hard boiled eggs. After were fruit wedges – pineapple, paw paw, canteloupe, and cakes.

Tea prep kept me busy through the afternoon. More salad to make plus a fancier green salad than the lunch one. My French fried potato involved par boiling potato pieces, draining and cooling them, then frying them in oil just before service.

Had to prepare some more substantial pre dinner nibbles to be taken out to the Escarpment and also get together all the other things needed for this – glasses, serviettes, plates, some bottles of wine, beers and tinned drinks. All packed into eskies and boxes. Later, the leftovers would come back, to be cleaned up and put away!

Dinner tonight was later because of the sunset viewing. I just had to hope that O would be able to stick to the rough arrival back time he’d given me, so that I could time dinner reasonably well – just an added bit of tension.

O had obliged with another barramundi from the freezer – pre-scaled this time! For tea, I baked that in foil, Asian style, with the hot peanut oil poured over at the last minute. Served that with French fries, pineapple salad, green salad, with mango cheesecake to follow.

Part of the meal planning for these times with guests, involved careful thought to the use of the oven – couldn’t serve too many things for any one meal that involved use of the oven, as it wasn’t that big! At least, the weather lent itself to chilled desserts. 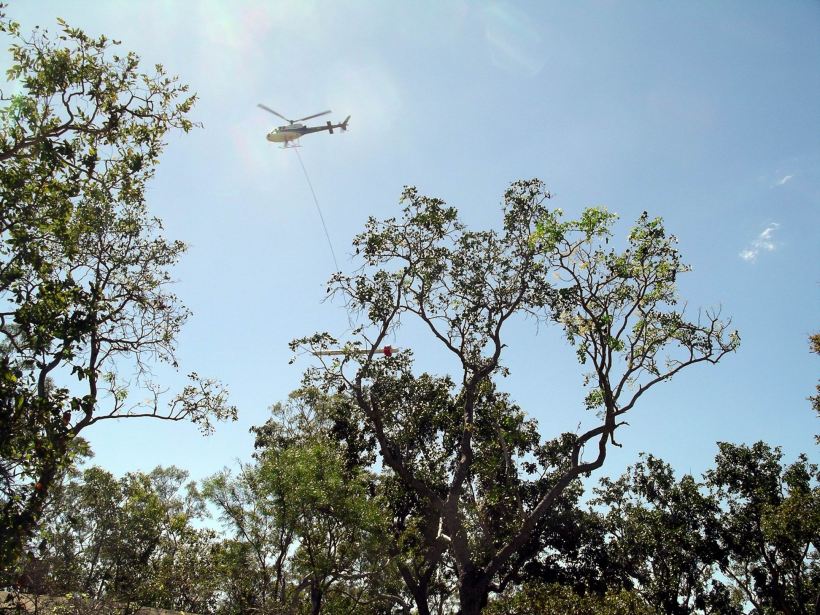