I think we were all starting to get uptight about the coming group visit.

It was amazing, though, what had been achieved in a relatively short time. There was the long track made negotiable for some 80 kms, to the lower Calvert. There were motor boats placed in three water holes. Canoes were at the ready at the Escarpment water hole. The track out to Crocodyllus could be used, though it was still too muddy to put canoes out there. Bubbling Sands was accessible. The cavers had ensured that at least a couple of caves could be shown to those who were interested.

M and John worked around the new tent, getting it all in order. They set rock in place and levelled the area in front of the tent. It looked good. We set it up with furniture, as best we could. There were only camp style stretcher beds available now, but they were in and made up. This tent would have to be for the boss and the pilot, not the paying guests. 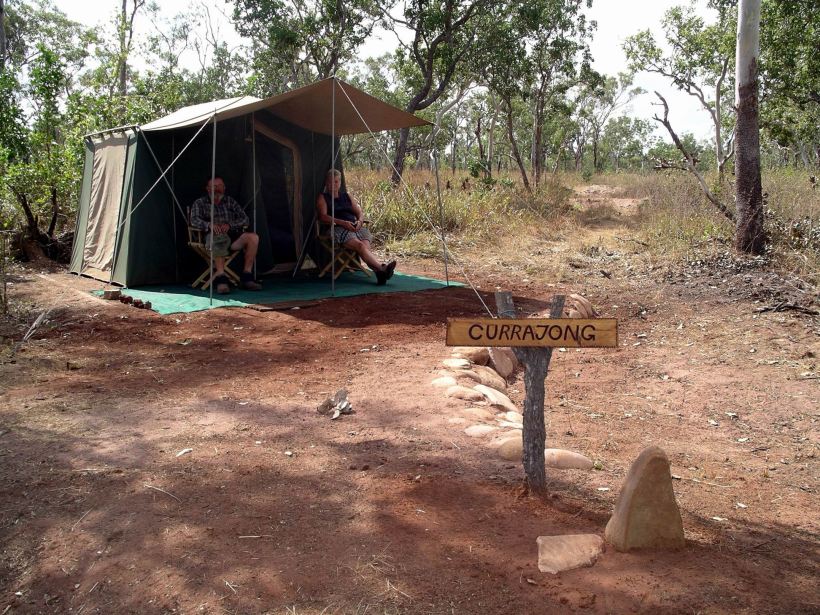 Landscapers resting after their labours

M and John also cut a little track, going off from the main clearing, through the jungle like growth, to where the source of the Camp Creek could be seen. They paved the first part of this path with left over slate, and we christened the creek source Merranna Springs.

The path to the springs

It was amazing how much water came steadily out of those springs, constantly.

The springs at the start of the Safari Camp Creek

I did some more sorting work in the kitchen tent, and made a boiled fruit cake. The big shelves that O and John had made were fully utilized with all the new gear, and extra food stuffs.

In the afternoon, we took a bit of a break, and did the walk along the Safari Camp Creek, which O had recently slashed to create a pleasant walk from the camp. It would be good, one day, to have a walk track all the way along it, to the house.

The walk was pleasant, lovely and green, with the burbling noises of the creek always present, and lots of bird talk too. It was quite hot enough, though. 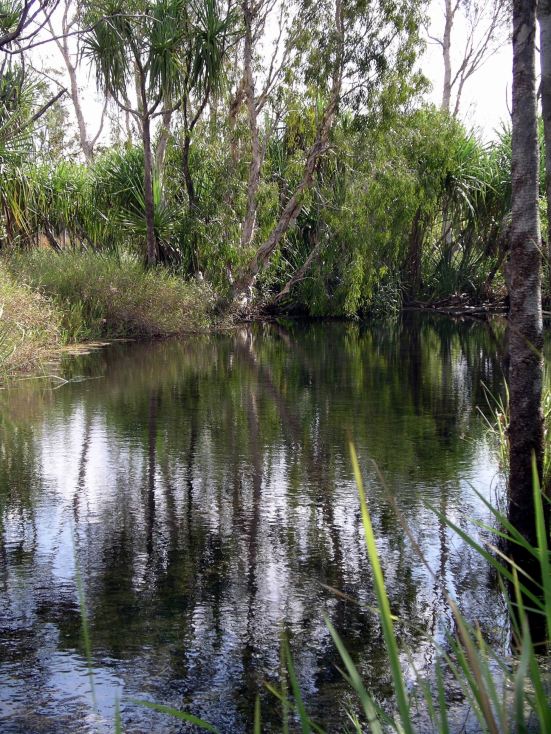