O and friend set off early to go camping at the coast for two nights, taking the Troopy.  He had been planning this for a while. On the last truck consignment, he received a chest-style camping fridge that he had ordered with this expedition in mind. He said that it could also see some use as an overflow fridge in the kitchen tent when there were guests in. As the main fridge in the tent was not very big, this could help greatly. I had already realized that I could use the outside drinks fridge to keep some prepared dishes, like salads, cool – when there was room amongst the grog!

Mail plane day. John and I dealt with the meet and greet of the pilot, and the handover of mail bags. We received my groceries, and a new box of books from the library.

John and I were really wondering if the mechanic was ever going to turn up. A few “supposed” arrival dates had been and gone. O was vague about it.

John refuelled Truck from a diesel drum. Had managed to put up 521kms since last fuel. That did include our tripping about on days off as well as my going to and fro between house and camp.

Since this was supposed to be our day off, we drove back out to Lake Crocodyllus and spent a few hours doodling about and doing a bird count. That was an enjoyable outing, and not too far away from the house and camp, which were unattended. 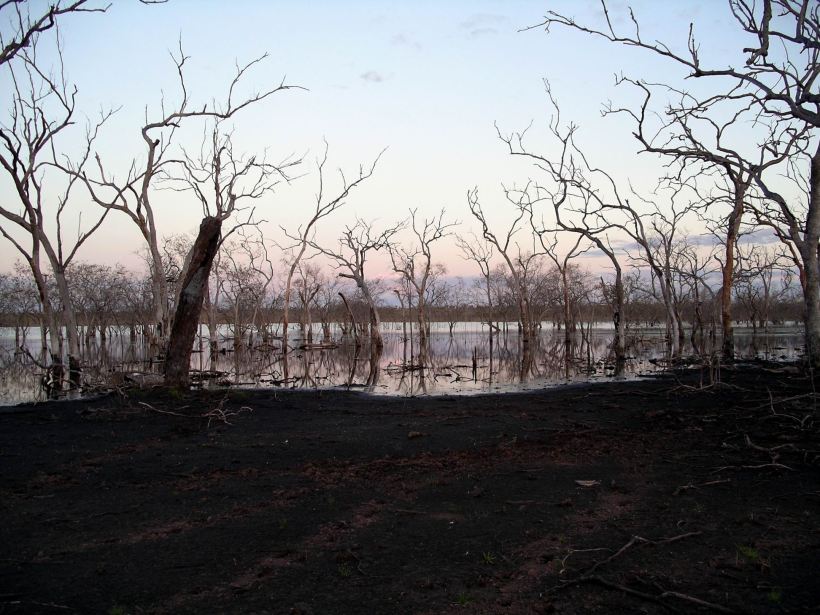 This was another night on our own on the place, effectively, since O was about 80kms away, at the lower Calvert, near the coast.