It rained steadily and heavily all night.

The park grounds were very muddy. We got very wet, packing up and hitching up.

I seemed to recollect D telling us, just a few days ago, how wonderful Carnarvon was at this time of winter, and that it never rained!

It continued to rain heavily, out of Carnarvon, all the way to Minilya Roadhouse.

It was hard work driving. Lots of depressions in the road had water in them and some floodways were flowing. Some out of Minilya were running nearly two feet deep. There was an amazing amount of surface water just lying on the land, between Carnarvon and Minilya. 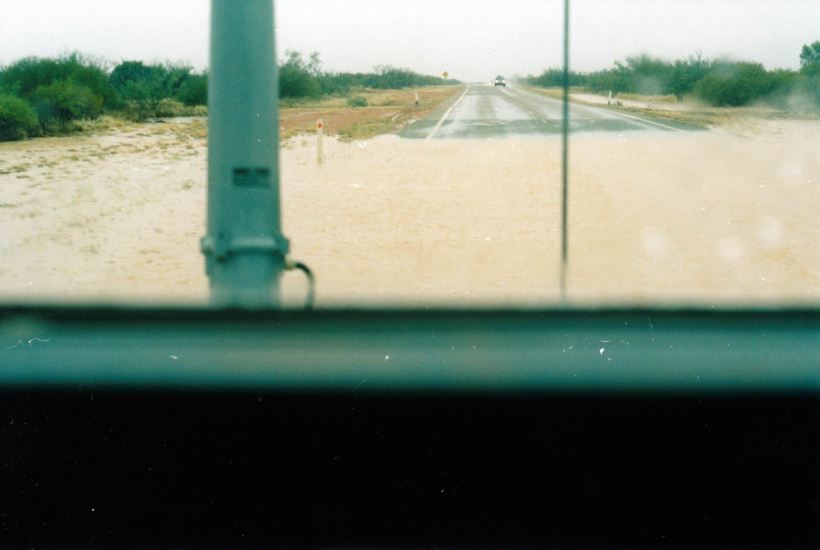 The road to Gascoyne Junction had a Closed notice on it, as we went past. I was happy that we were still not out in the Kennedy Range when this lot came in!

It continued to rain. A car had gone off the road about 10kms north of Minilya – perhaps was going too fast when it hit water over the road? It was being loaded onto a tow truck as we passed.

By the time we reached Nanutarra, the rain was slightly lighter.

It was all mud there too. It cost us $20 to stay on bare muddy ground, next to a power pole! 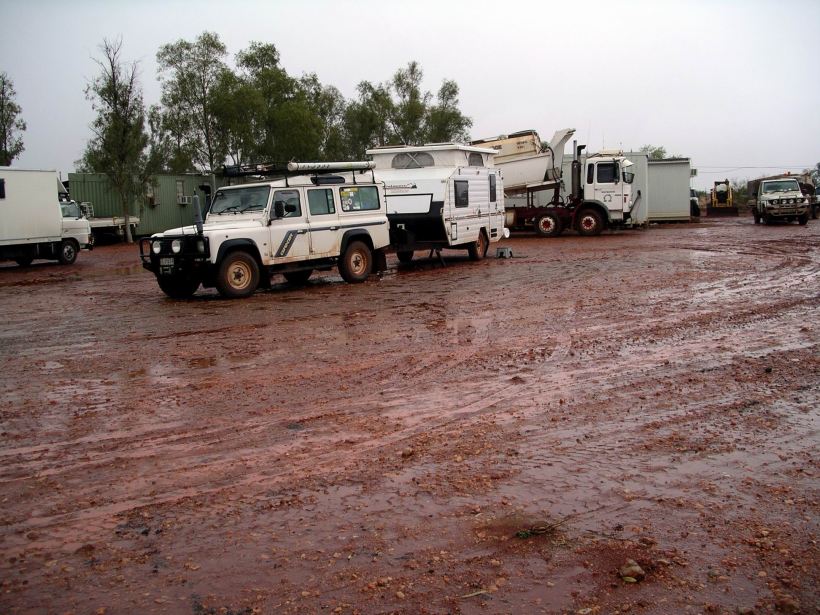 How many stars would this rate?

We could not bush stay – even if we could have found a place dry enough to access – because the batteries had not been charged up overnight. John had turned the charger off, to watch TV, and said it was not necessary to turn it back on. Whoops!

Apparently, it was raining right up to Karratha. I hoped we would not have to change our plans.

Apparently, the culprit was a cloud band from the north west that had sucked in wet, tropical air. It was raining all the way to Kalgoorlie! The forecast for Carnarvon, for tomorrow, was just as bad, so we would not have gained from trying to wait it out there – and may have been caught by closed roads.

We had wet clothes from this morning – and then this evening – draped everywhere in the van.

It was cold as well as wet. 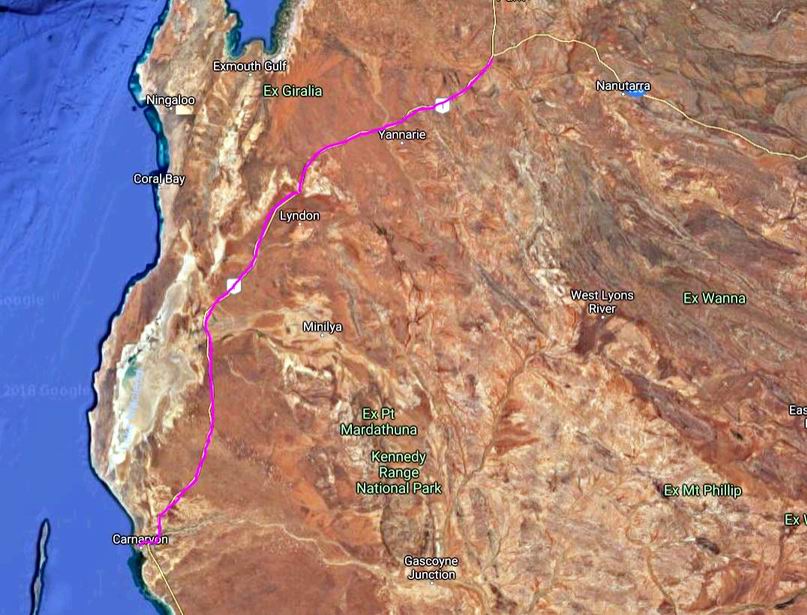