Today was a lovely, blue sky day. Not too hot for activity. 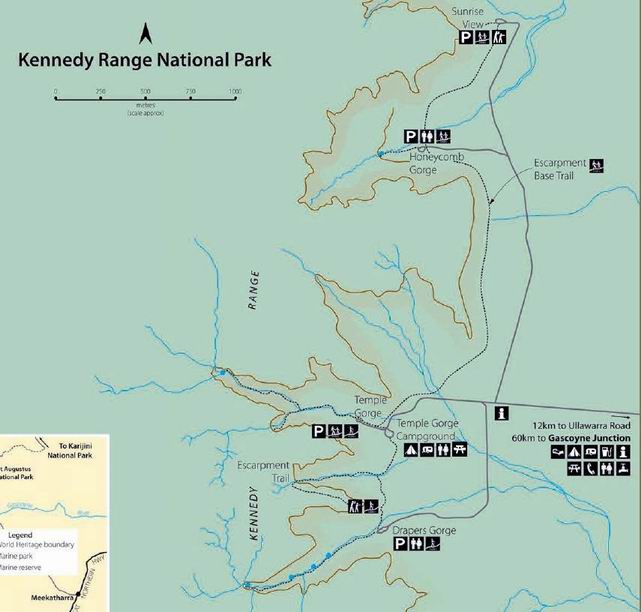 We drove to the southern walk.

Our information and the (little) map we were using was contained in a book on National Parks, and on the touring map of the region we’d bought. We had not found any of the usual information about this place. Too new and too far out of the way, perhaps.

This walk was into another creek gully. 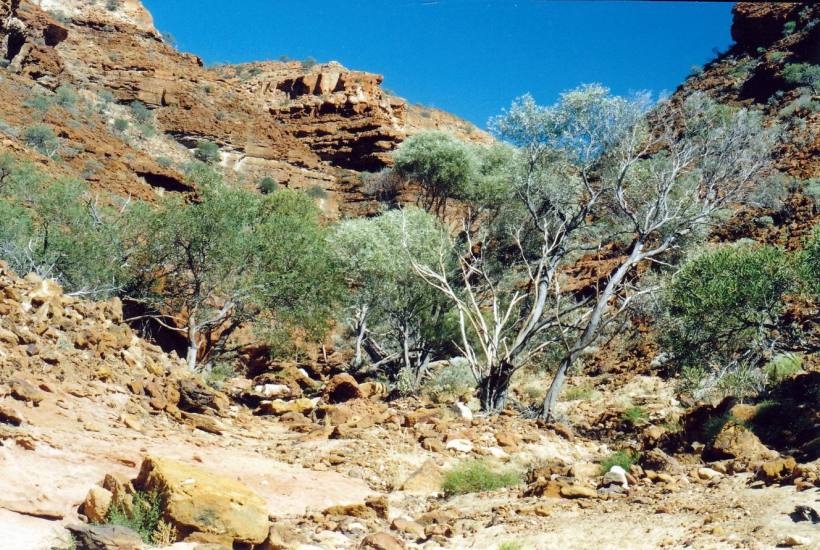 Valley of the southern walk

We climbed around a deep hole that had water in it, and reached a dry waterfall. The track went up and around it. 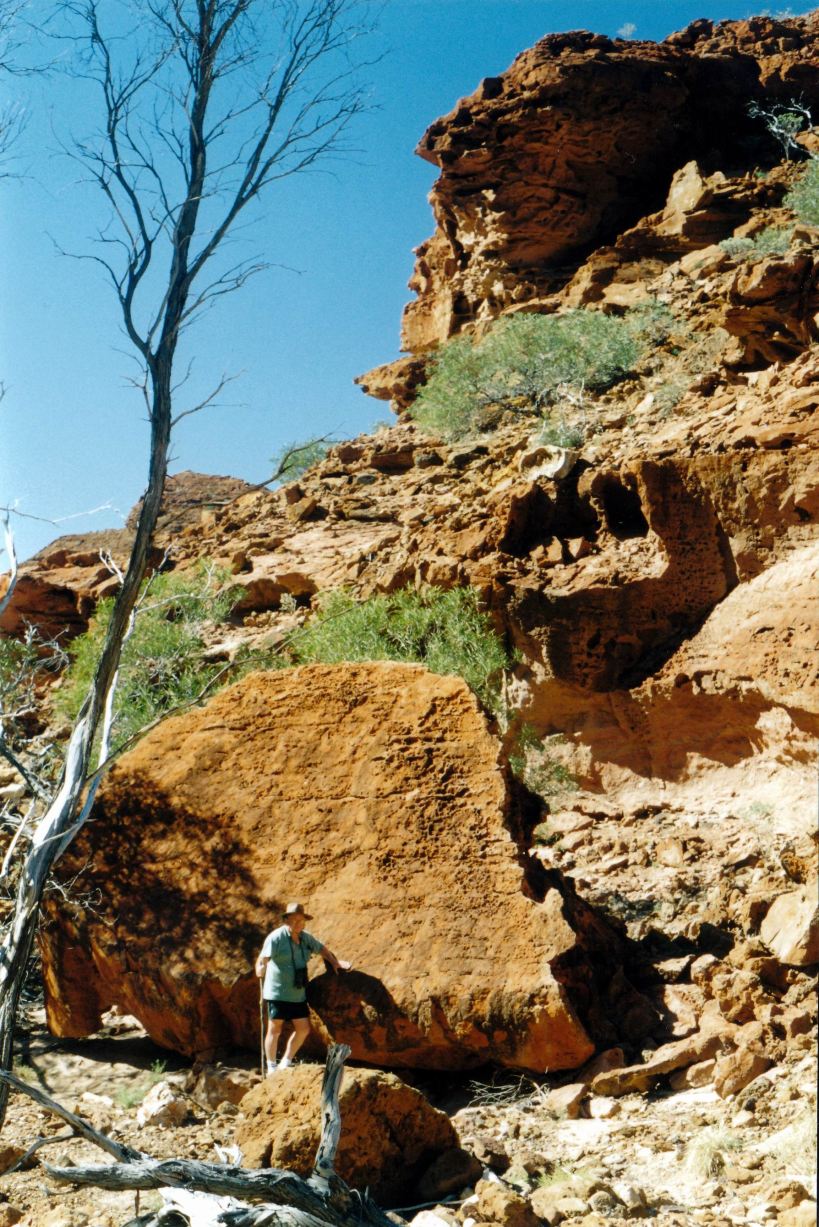 I baulked at a narrow ledge under an overhang – too high up for me. John went on and up to the end of the track. He said it was lovely. I was quite happy sitting on my rock just gazing at the bush while I waited. 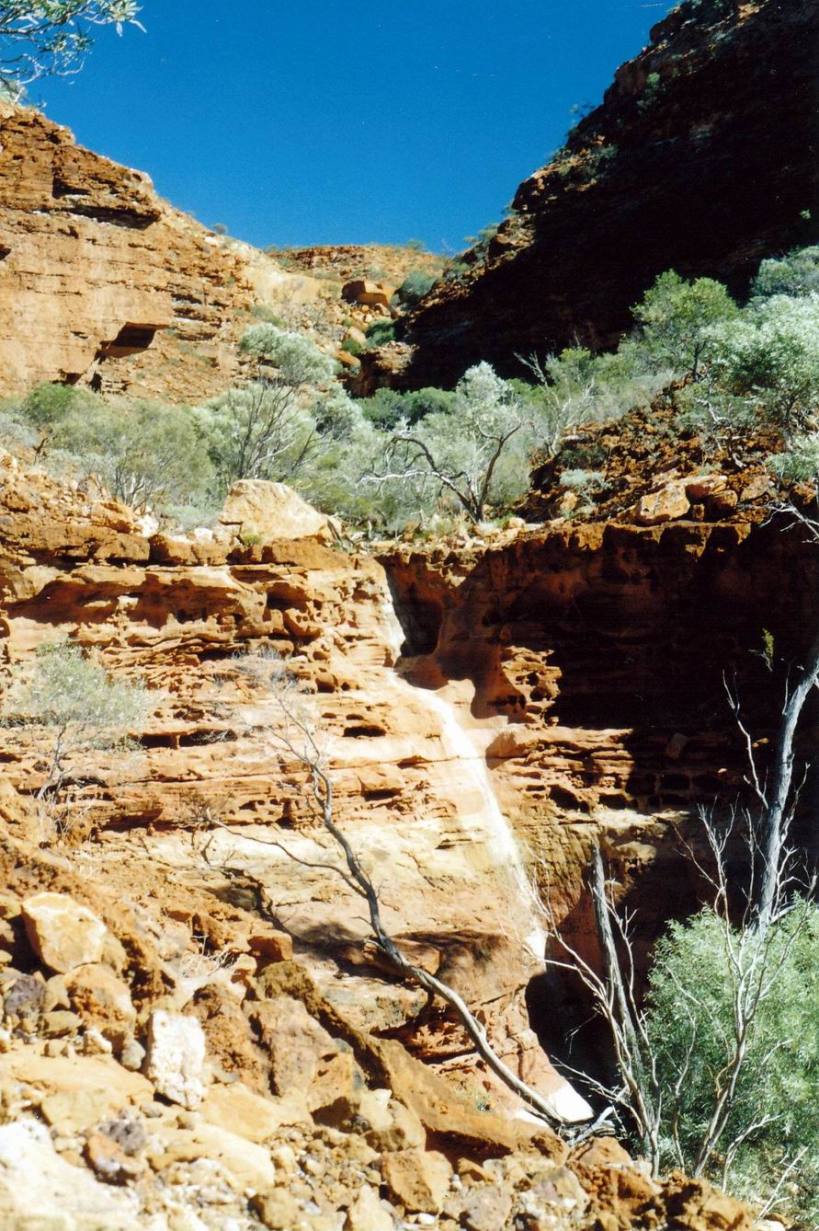 Track kept going beyond the waterfall – I didn’t! 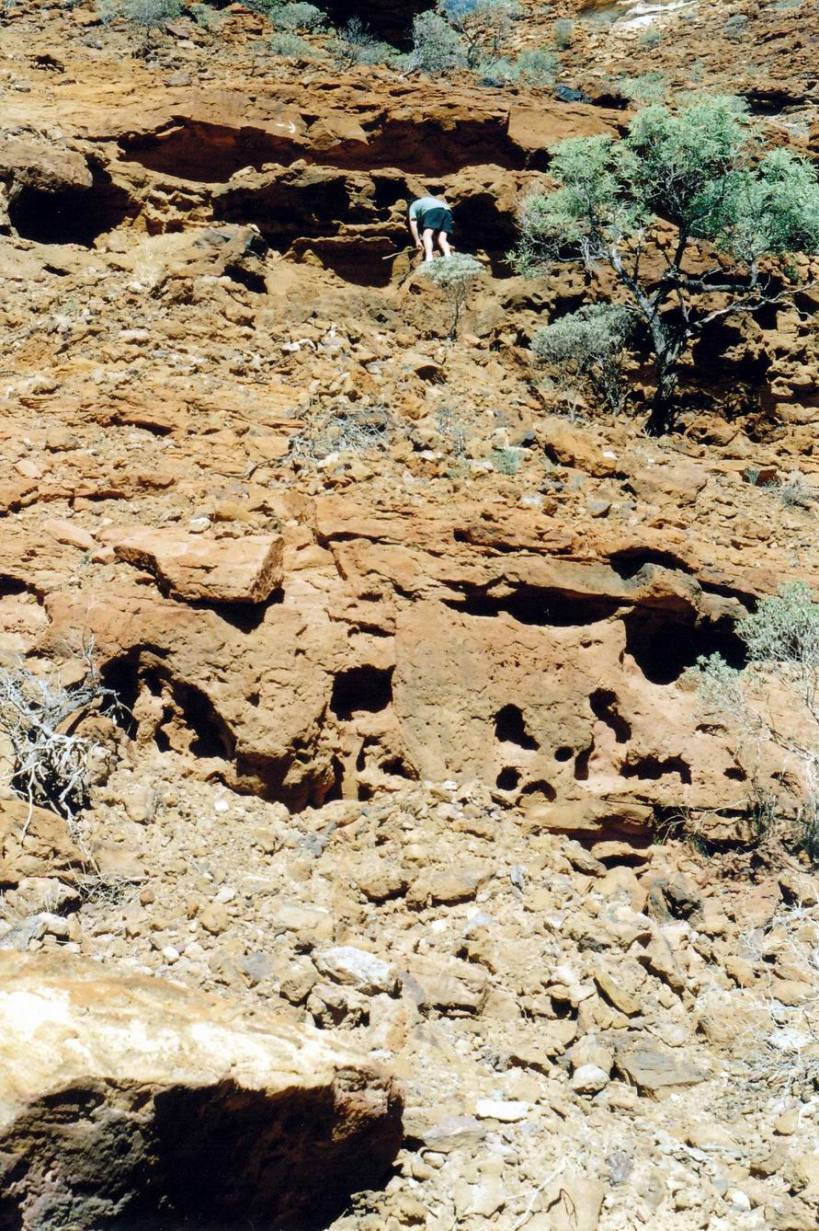 John going up the wall……. 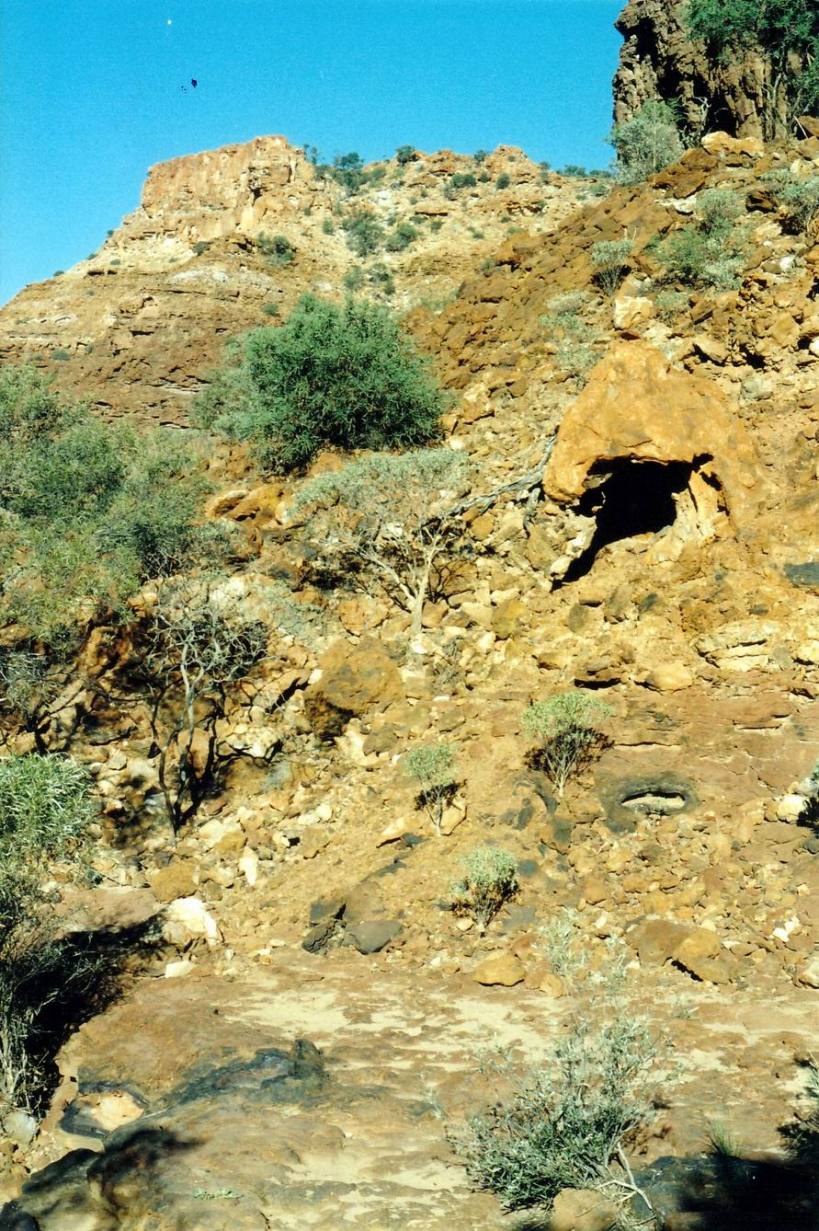 We then drove along a faint track to the south, around the bluff, which turned out to be knife thin. At the seeming end of the track, we stopped and collected some firewood. It was probably an old track from mining exploring days – there was no sign of it having been used for a long time. 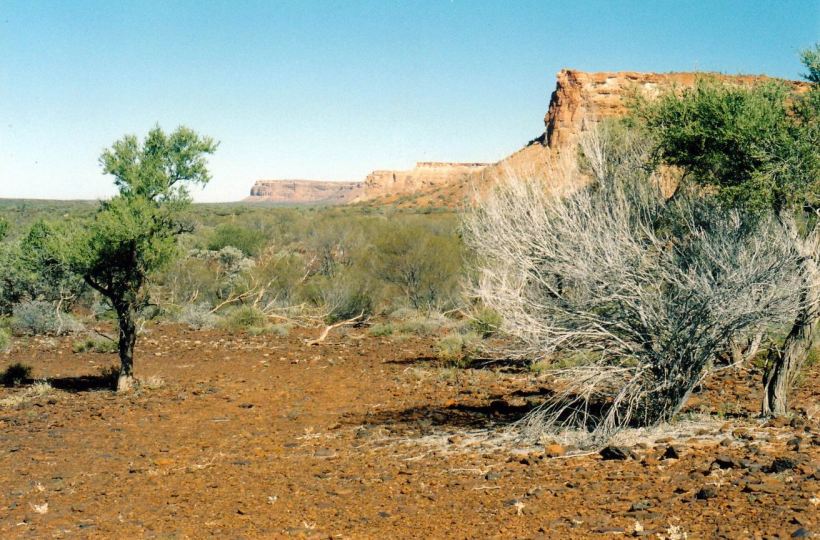 Kennedy Range stretching to the south 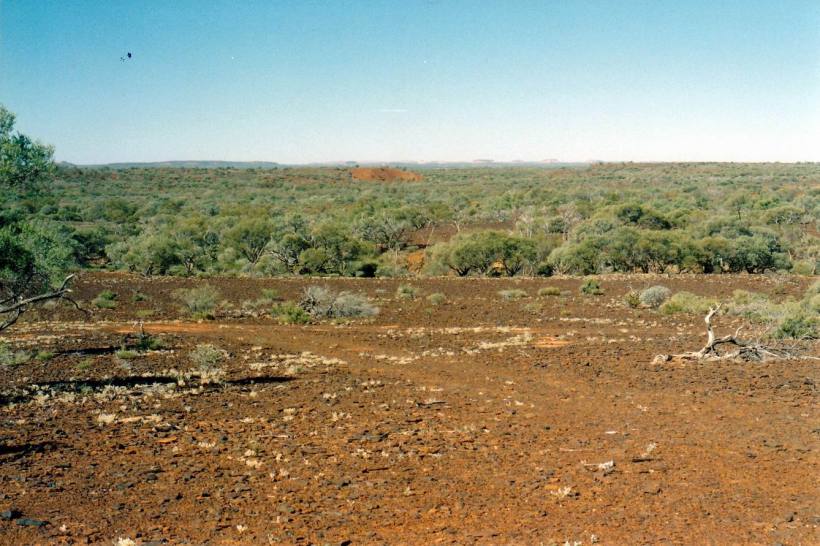 Country east of the Kennedy Range

In the later afternoon, after a late lunch, we walked from the camp area, around to the next valley to the north, where the ground was covered with shattered extruded lava, and was black. There was another pretty little creek there. 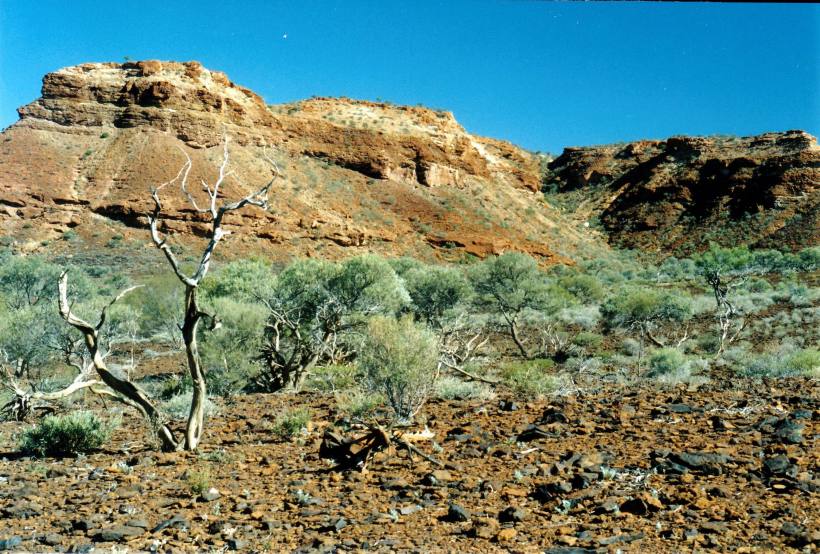 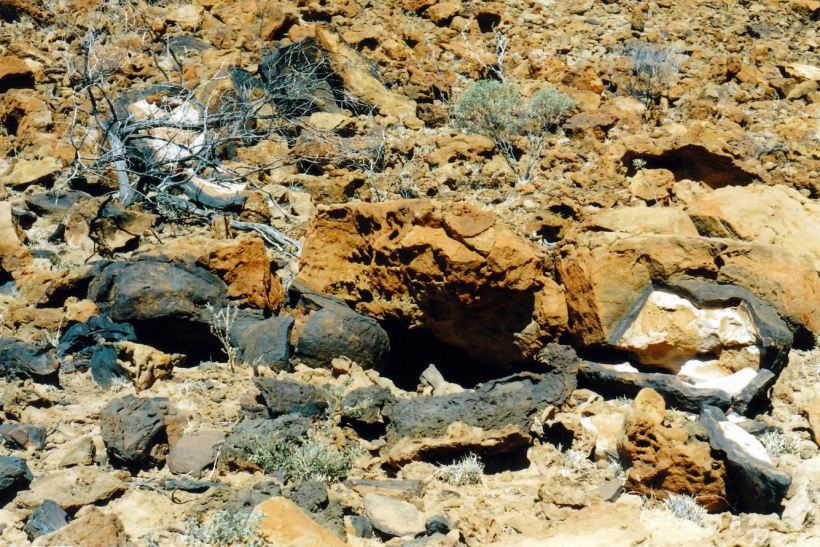 A cave in there?

While we were out, another Trakmaster van came in. It parked quite close, next to us, of course.  Why is it, with a whole empty campground, people feel the need to snuggle up? It was a dual axle model, from WA. We did not warm to our new neighbours.

After tea, we sat round our little campfire, talking to each other and looking at the bright stars. We saw a satellite crossing the sky.