It was another lovely day. 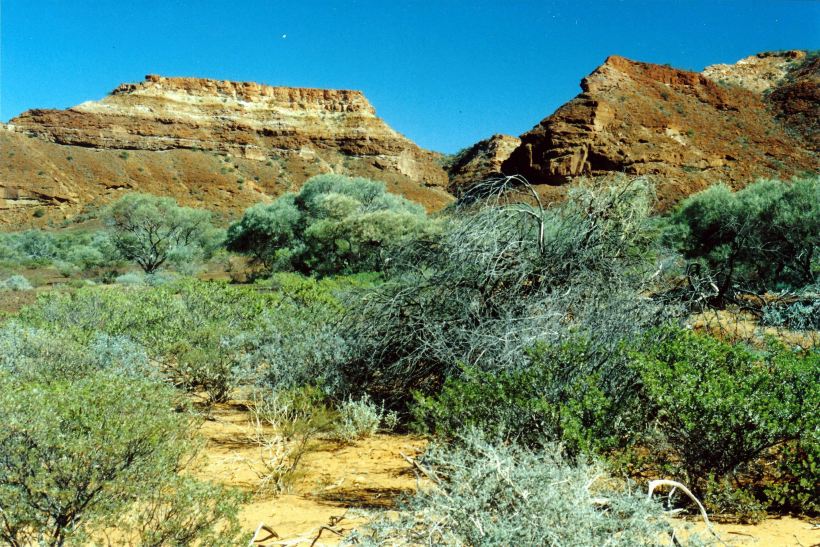 We walked north to the next track and to a small water pool under a big rock wall. There were lots of tadpoles in this drying pool. It would be a race against time to see which made it to frog stage before this pool dried up. 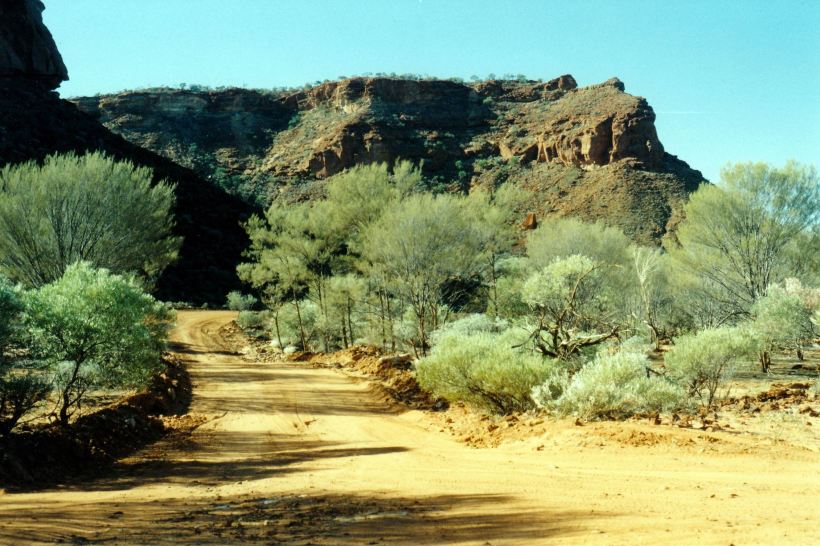 Track to the northern section 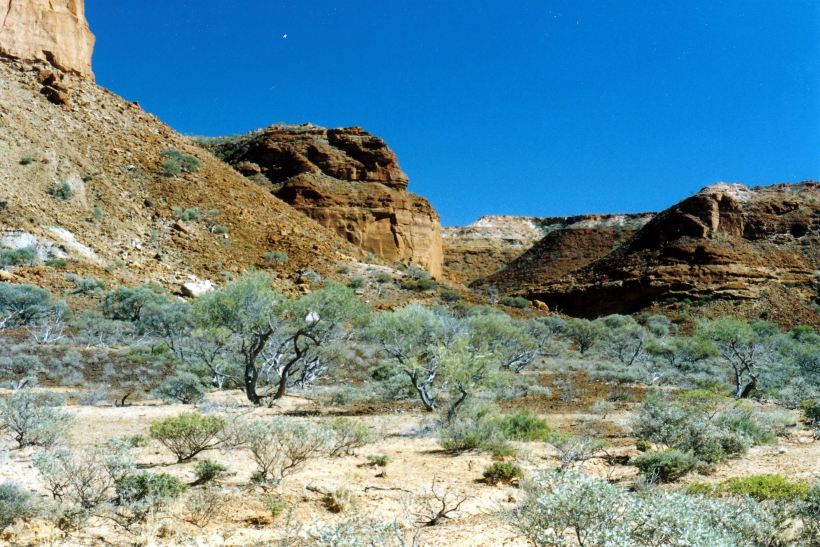 All round, it was a walk of about 8 kms. Very pleasant.

After lunch, we drove along the same track and right up to its end. 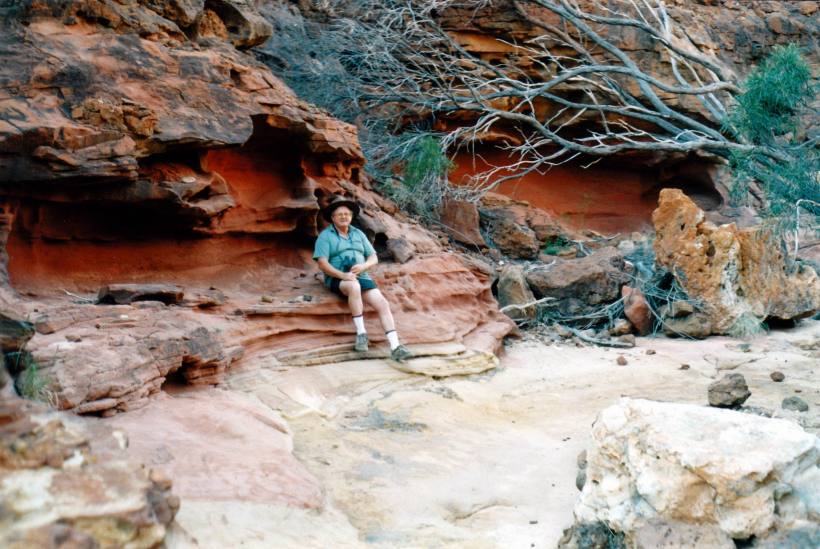 Along the dry creek gully there, were scalloped and shaped, honeycomb style rock formations. These had obviously been shaped by erosion – water and wind, I supposed. They were intricate and fascinating, and we spent a couple of hours wandering around there. 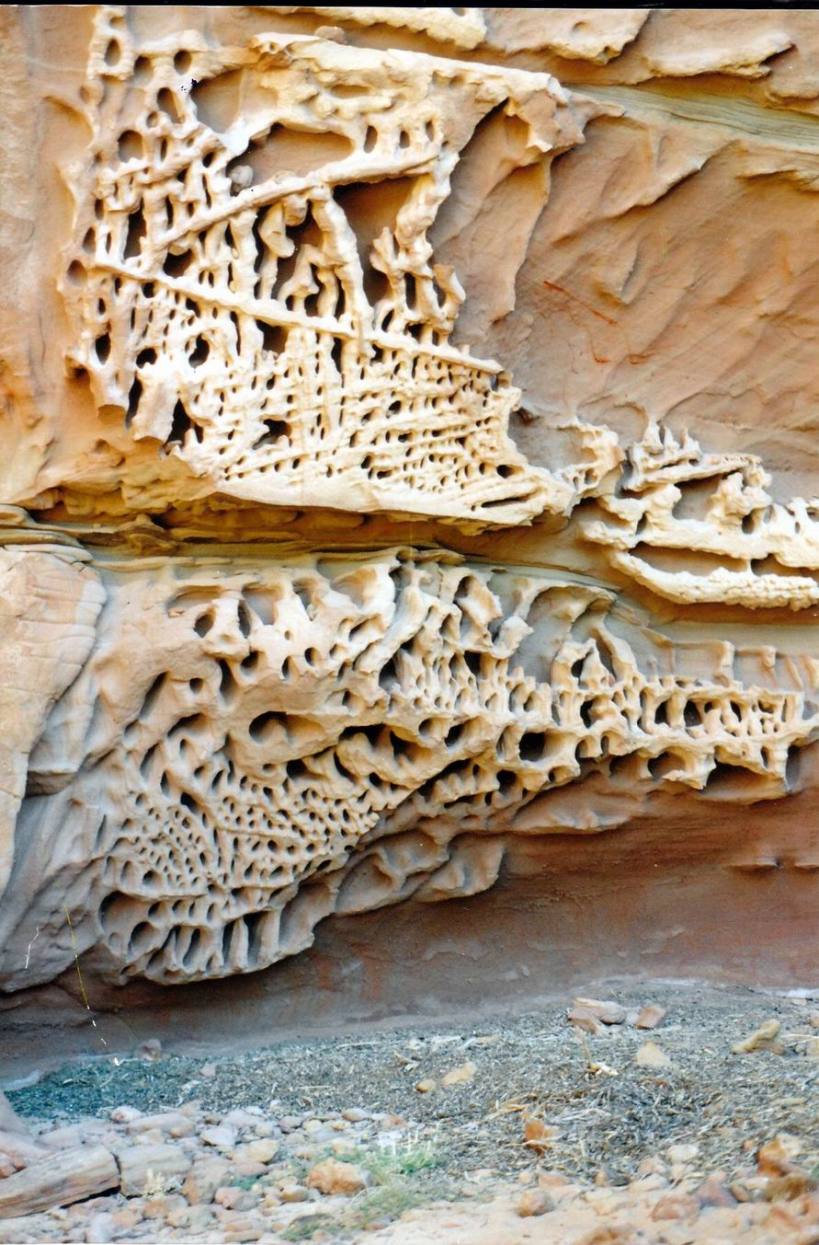 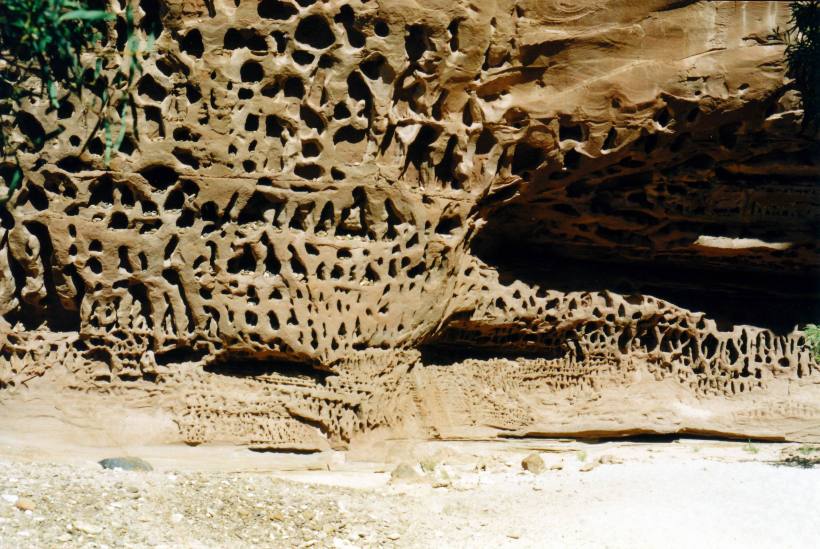 The other Trakmaster left today, before we got up this morning. Thank heavens. I don’t think they stayed long enough to properly appreciate the place, though. Still, he could add it to his “been there” list, which does not mean explored or appreciated.

Now, it was just us, the Swiss couple and a couple with a camper trailer. The Swiss seemed to be people like us, who lingered when we could, and go out and about every day, fully taking in the place. 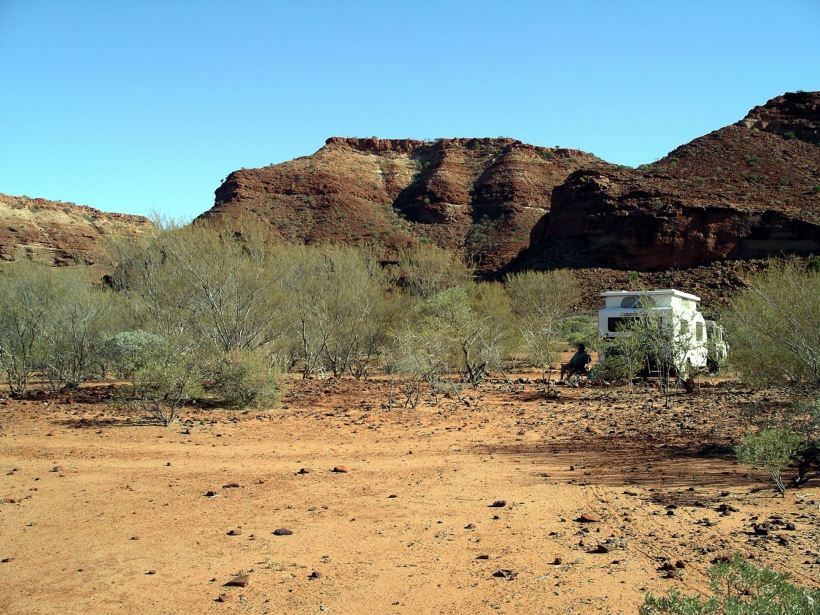 Unfortunately, this peace was not to last. About 5pm, a tag-along group arrived. The bane of those who like out of the way places! There were eight to ten outfits, and they set up all around us. They put their camp kitchen next to the Swiss. It did not have to be that way – they could have gone to the other end of the campground.

The boss guy made a point of coming over and asking if we felt invaded? I said “YES”. At least, he was a little bit apologetic.

It was a group whose catering was done for them, obviously feeling very intrepid and adventurous. I wondered if they realized how much they were pitied by independent travellers. Follow the herd! Stick to the itinerary. Don’t make any decisions of your own.

The Swiss were overwhelmed and decided to cut their stay short and leave in the morning. We were going then, anyway.

We sat round our little campfire again, after tea, trying to ignore the group noise nearby. It was not the lovely, remote peace of the last two nights.

The regional map we had indicated that there were a couple of camp areas on the western side of the Range. We did not have time to go exploring around that side, this time, but had certainly seen enough here, to make that a definite interesting prospect for the future.