We went to the Post Office where John sent off the pens, to Adels Grove, and I mailed off the jumper I’d finished yesterday. If I kept it with me until reaching home again, she’d probably be grown out of it! 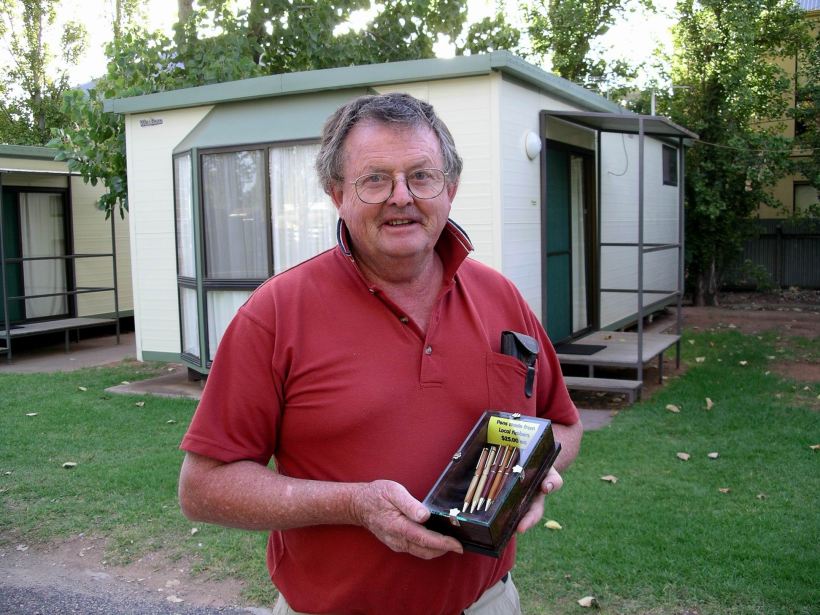 Refuelled truck – 94cpl. He filled one of the new jerry cans – he always tries, on trips, to have a 20 litre container full, “in case”.

After lunch, we played bowls at the Mildura club. We were not much good in the first game, but won the second well. Received a prize for the best score of the day – two packets of Sara Lee dessert pies. We also won the raffle, and acquired a new knife set. It was a rewarding day! But maybe not the best one for the waist lines, though. 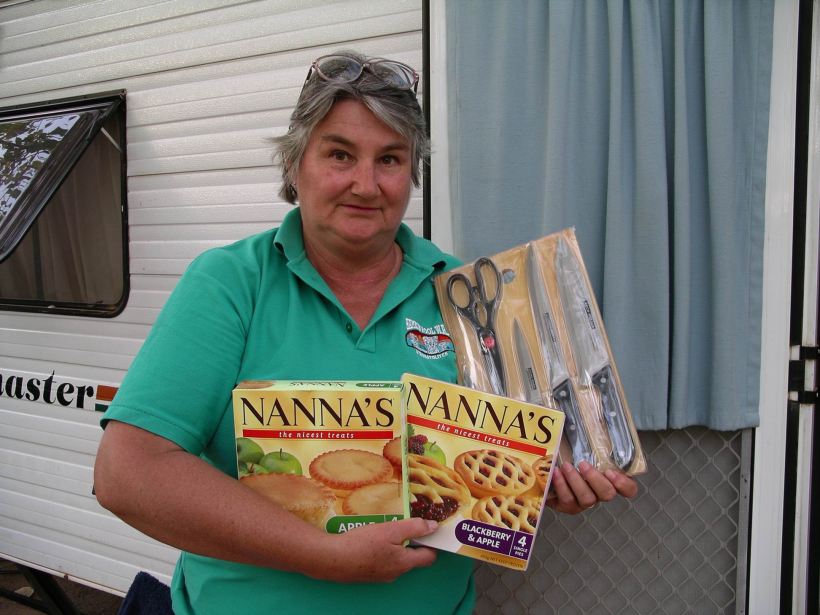 One afternoon at bowls……