It was our twelfth wedding anniversary. I spent it on reception, John on amenities cleaning and grounds upkeep. We did not publicize the occasion and there was no celebration.

Old F had been spending much time, over the past couple of months, repairing the canoes. The tourists were pretty hard on them. Even though there was a well posted and publicized ban on taking them beyond Indarri Falls, because of the lack of a proper portage, many did drag them along the somewhat rocky path around the falls, then kept paddling up to the Upper Gorge. So there were lots of holes and weakened patches on the canoe bottoms. Most days, the old canoe rattler came back at the end of the day carrying a canoe or two, for F’s attentions.

John had been using time left at the ends of days when he was not on the canoe roster (which often ran beyond 5pm), making some signs on old drum lids. The idea was that these would be posted, along the road from the Gregory corner, to here, advertising the place. He and old F had a work area for their activities outside the old workshop, a bit away from the tourists were likely to wander. 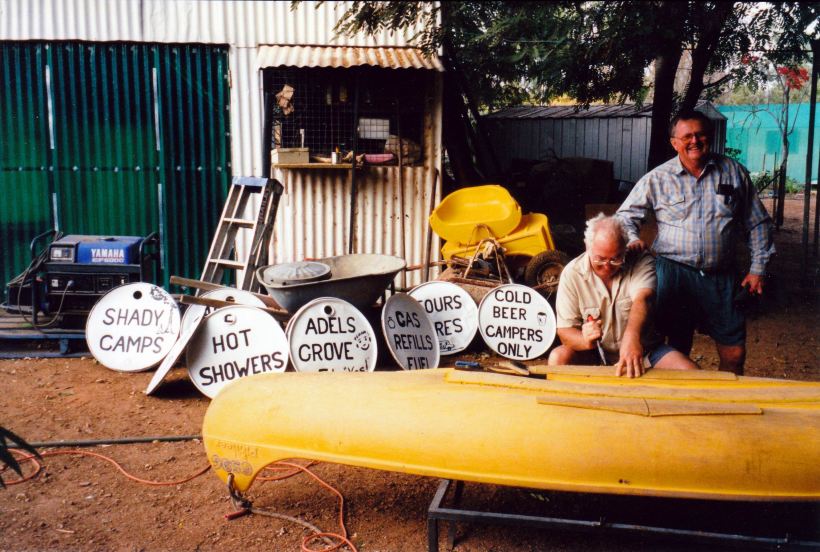