We were actually getting away on a break!

Set off south down the Riversleigh road, to the grid that marked the Shire boundary. Then we took a track west. along the fence line. This soon took us into range country – very interesting.

We stopped to look – very carefully – at a great sinkhole in a section of limestone country, and at different plants and wild flowers. We saw a pair of bustards. 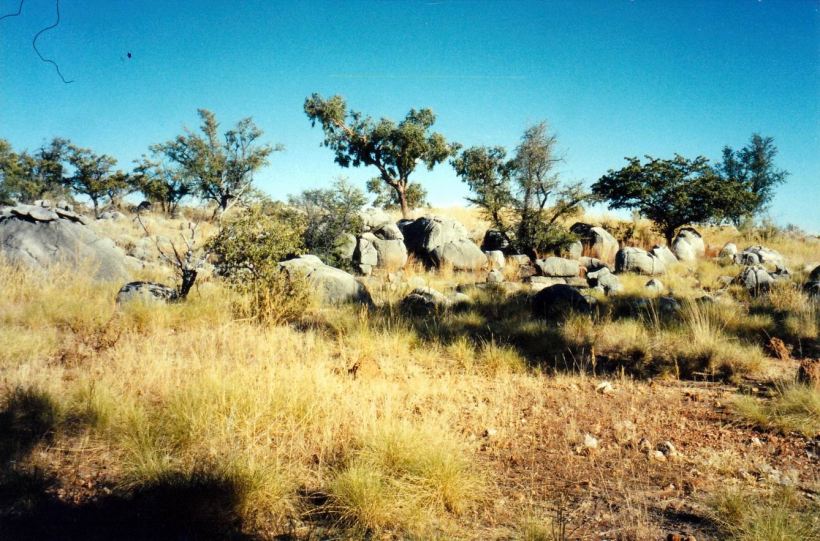 Limestone rock outcrops – similar to those at Riversleigh

Crossed a patch of black clay country – no trees there, as these were cracking clays. The tracks on such ground are always rough and corrugated!

The very rough mud maps, drawn by J at the Ranger Base – and in which I did not have a great deal of faith – actually proved adequate to follow. 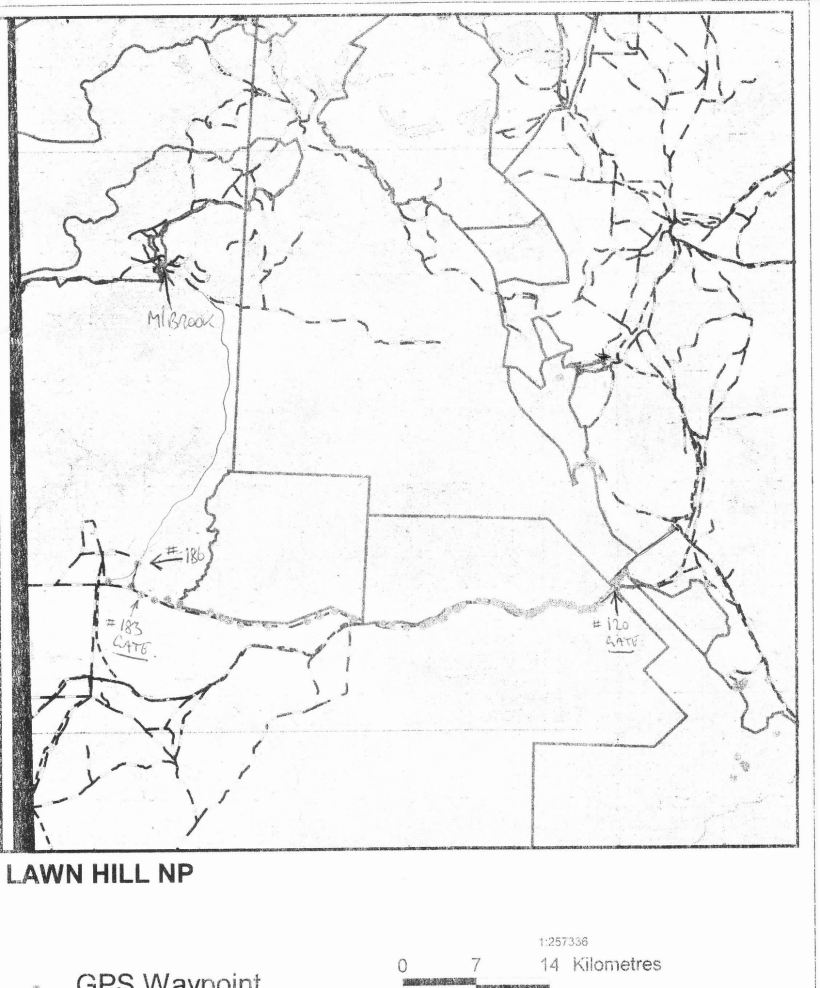 We found the place where we had to turn north for Musselbrook. Ranger J’s description of a gate that points up into the air, because someone forgot to put in a strainer post, was accurate. It also proved impossible for me to close again on my own – I wondered how anyone did it. I had to get John out of Truck to help.

The tracks were not as bad as I’d feared, but it still took four hours to drive the 120kms from Adels. As the crow flies it was only about 40kms. 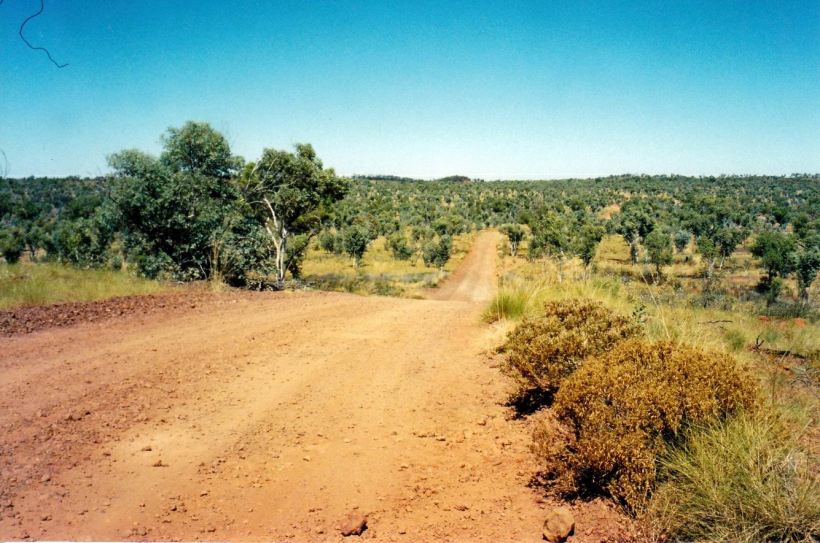 A good part of the track

We found that Lawn Hill Creek, where we crossed it, was dry, so the springs and tributary stream springs that keep it flowing at a constant rate past Adels, must be downstream of where we crossed.

Ranger J had lent us his old topo map, based on 66 datum. This showed really rugged country, with lots of gorges and water holes. It also showed lots of tracks from the mining exploration days, which now bore little resemblance to present reality.

Already I wanted to explore this area more than we would have time for!

The Rangers had said that there was much out here that was “culturally sensitive”.

We had been told that the whole of this part of NW Qld was rich in minerals. The old timers mined silver, and tin. The current Century Mine was mostly lead and zinc. It seemed that, back when BHP was exploring the Musselbrook area thoroughly, they intended to turn it into a large iron ore mine. But, before work began, the extent of the Pilbara (WA) deposits became apparent, and these were much easier to develop, so planning for a Musselbrook mine was shelved. But the mining reserve still existed.

There was supposed to be gold and other minerals under the limestone capping that covered some of the region, but it was hard to find out how much. 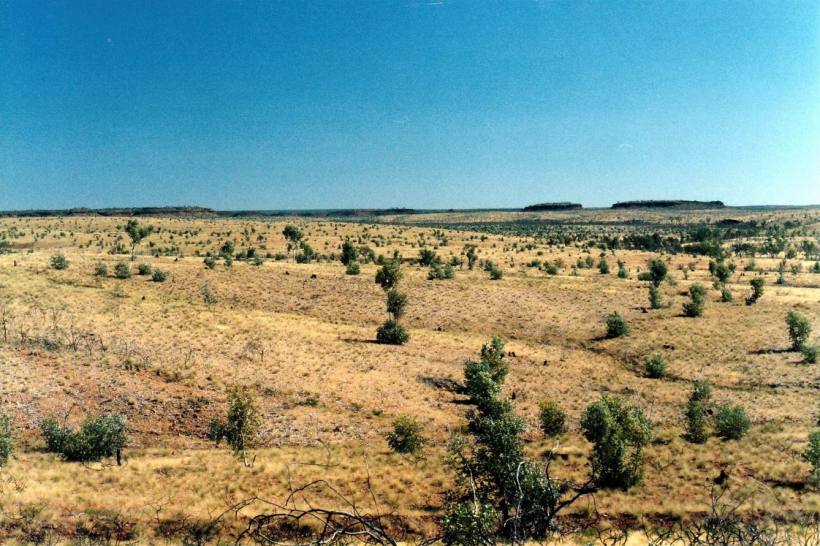 Country around the Mussellbrook camp

We were to camp at the old Musselbrook mining camp, which had become an outstation and research centre of the National Park – recently decommissioned as same by the new Head Ranger. We came to feel that this was a waste of some big resources that had gone into maintaining it, including putting in a solar power plant. 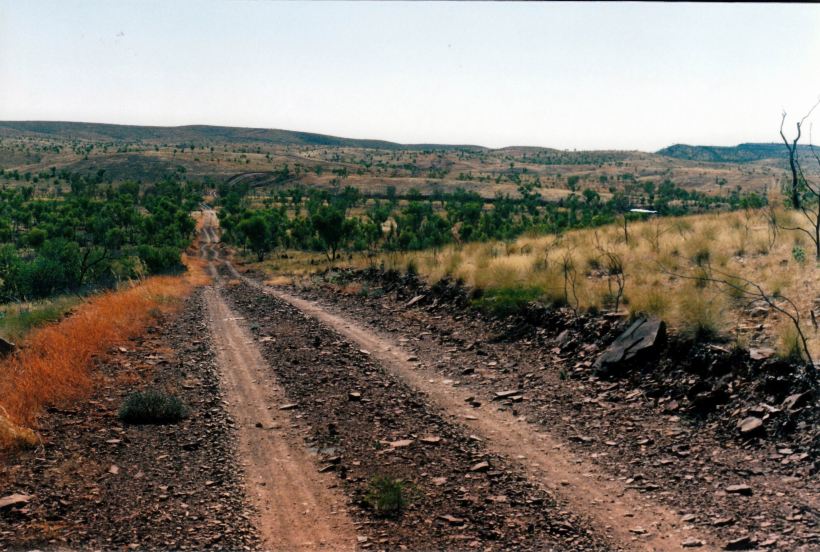 Mussellbrook Camp down in the valley

Upon arrival, we found there was a man called KT staying at the camp. He was a Musselbrook expert who had been coming there for years, for collecting and surveying activities for the Royal Geographic Society and for the National Parks. 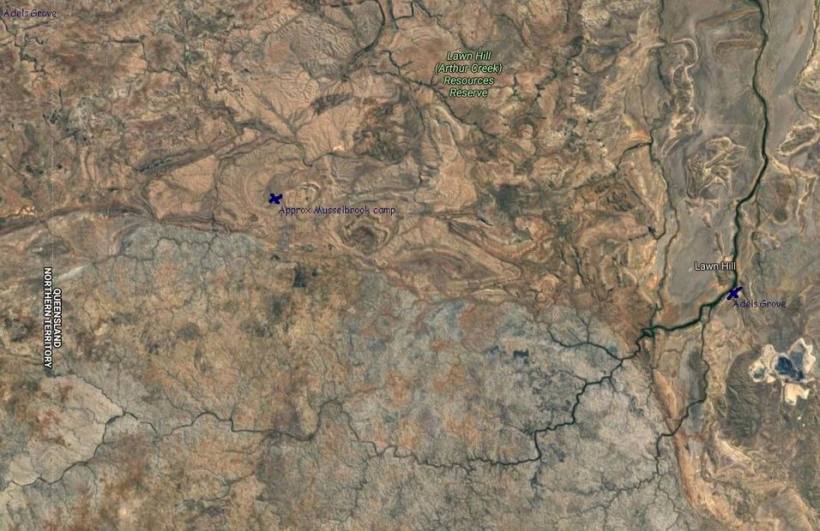 There were several buildings at the camp and a kind of central area with a campfire area and some seats. 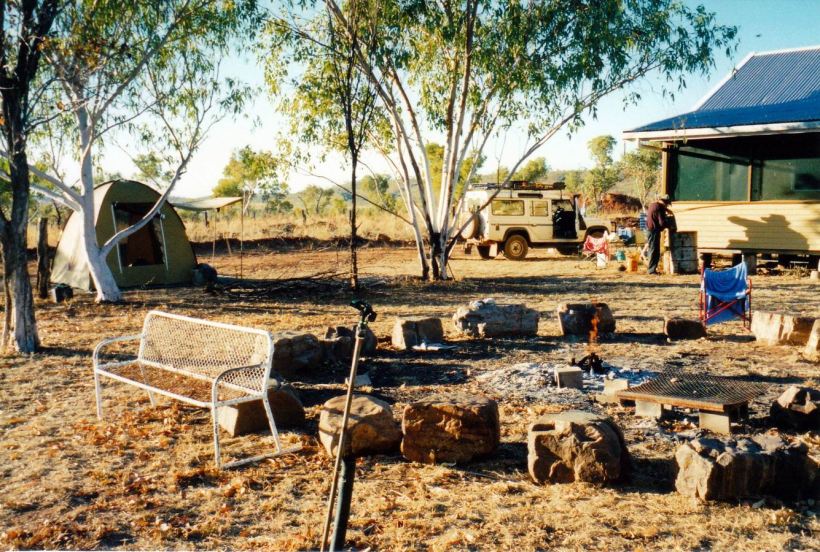 Our tent and camp set up at the Mussellbrook Camp

We set up our tent to the side of this central area. This was only the second time, in the two years that we’d had the tent, that we had set it up. There was much “discussion” – polite term – about which bit went where.

When tent was satisfactorily erected, we took a short drive out to look at the nearby Home Gorge. We walked along this for some distance – it was quite pretty. Then we heard a mob of feral pigs up ahead of us, and decided to retreat. 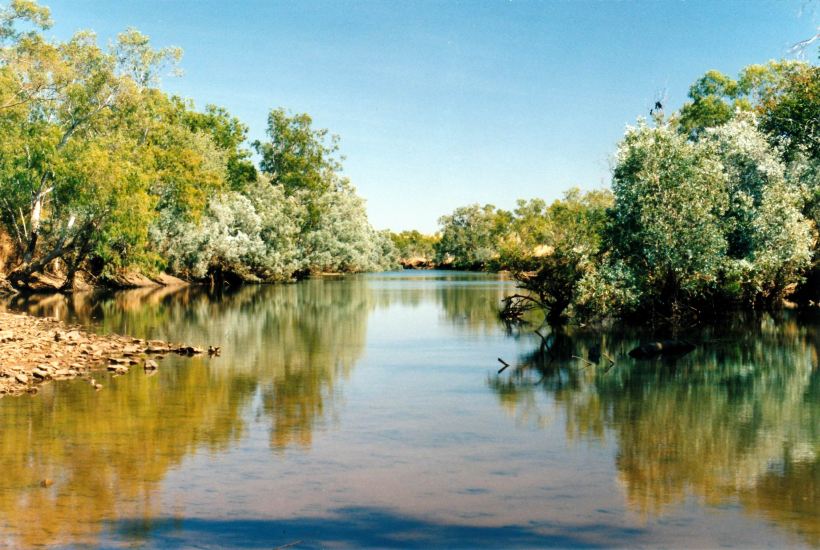 After tea – cooked on the campfire – we sat round it, and K joined us. We learned a lot from him about the history of the place and the current politics affecting it, especially the recent Parks decision to phase down the place. 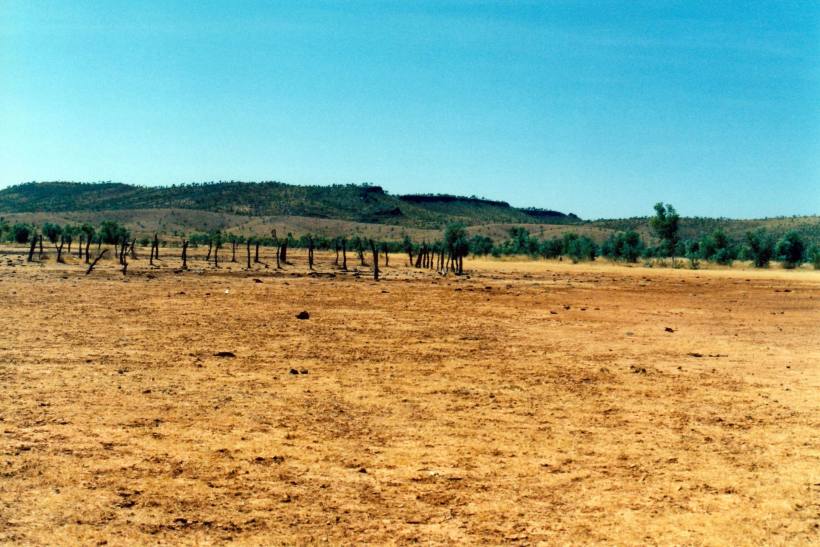 I was horrified to find that, as soon as the direct sun went off our area, hordes of mosquitoes appeared! We were so used to not having these at Adels, that I hadn’t thought to pack repellent, fly spray or mosquito coils. K gave us some coils, and we covered up as much skin as possible, despite the warmth of the evening. This was one occasion when I was hoping that the campfire smoke might blow my way. 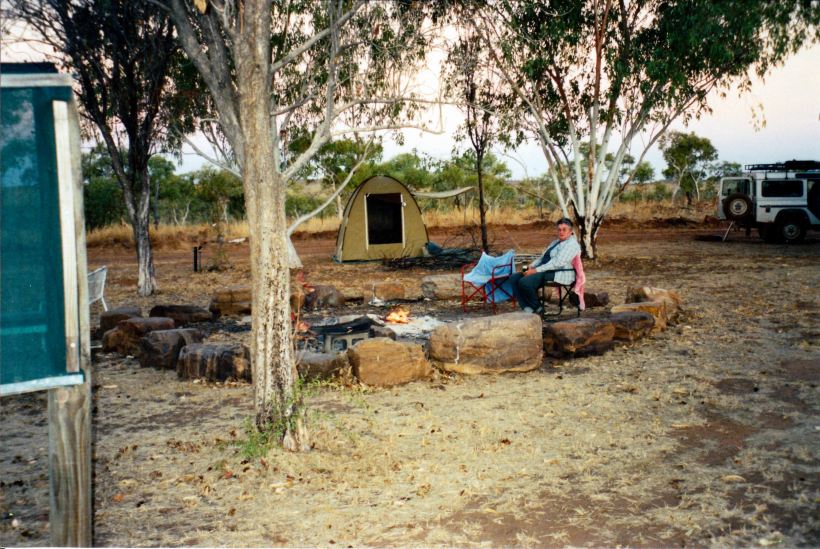 Covered up well, despite the warmth of the early evening

Sitting round the fire and chatting with someone so knowledgeable, was really enjoyable. However, we’d had a long day and K would have one tomorrow, so it was early to bed.

Apart from the occasional call of a night bird, the silence was absolute.