John was on canoes, I was on shop – with the later start. But I put on casual clothes and went up at 8am, to help unload the truck. There was a huge amount. At 9.45am, the boss told me to take a break, so I went back down to the van and got dressed in shop uniform.

It was a busy day, with many campers coming in, and doing shop trade. There was a big company tour group came in. The owner and his wife came up too, with them – there were too many for H to manage alone.

I thanked H and the company owner, again, for their help with M’s transport.

John came back from his work day really concerned, because some Park Rangers had taken out the canoe launching ramp, to rebuild it. So he had to lift and carry and position the canoes. It had been really hard on his replaced hip, and he was exhausted. With the big numbers expected tomorrow, he would need help down there. They had consistently been doing big numbers at the canoe hire – not great timing by the Rangers! He said it was not pleasant, working in their building site that was now all round him!

A while ago, the Rangers had installed a new pontoon walkway to access the path to the Island Stack, Cascades and Constance Range. The old one had been washed away in the last Wet season. This one was removable, so could be taken out at the end of the year. 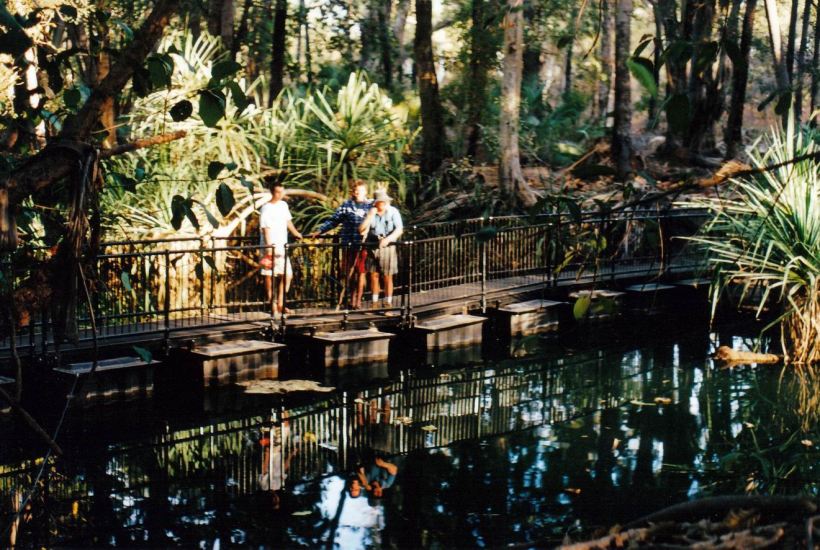 I was really tired, too – it had been a long day.