Today I was on “float” – i.e. go where needed, through the day.  This was a new roster category, brought in as we got busier. I also had a split shift, with a break in the afternoon, from 3-6pm, then on till late to help with the final dinner prep, dish up and wash up.

Advance bookings had really picked up over the past couple of weeks, since Adels was featured on a couple of travel programs on Qld TV.

There had still been no action on the faulty phone/EFTPOS. B, who had been, very nicely, reporting the issue daily to Telstra, threw a true Irish paddy, and got back onto them again. She was really quite fearsome!

Later in the day, a helicopter arrived, bearing  pilot and Telstra man. But he didn’t bring any parts for repairs! We lent him some super glue to make a temporary repair, but they would have to return at a later time to do a proper repair. 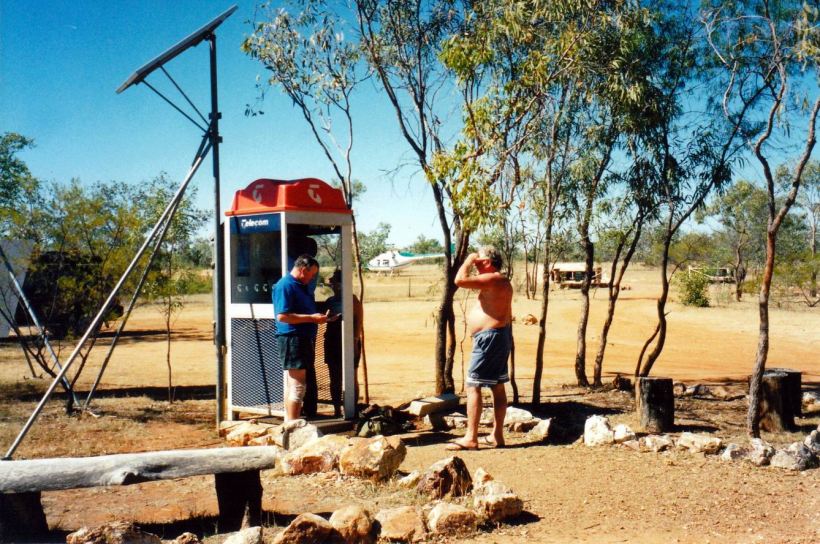 John with Super Glue, so Telstra could make a temporary repair

The chopper landed just outside the entrance gate, instead of using the air strip like everyone else,  and stirred up great clouds of dust that floated over the main building and tent area. We were not impressed.

During my afternoon break, did some letter writing.

There was a big tour group booked in – full sized bus – so tents had to be checked to make sure all was ready for them.

That group size also meant lots of washing up!

John was on canoes.

Getting busier – temts creeping closer in the Grove area