Another early start for John, who was on canoe hire again. 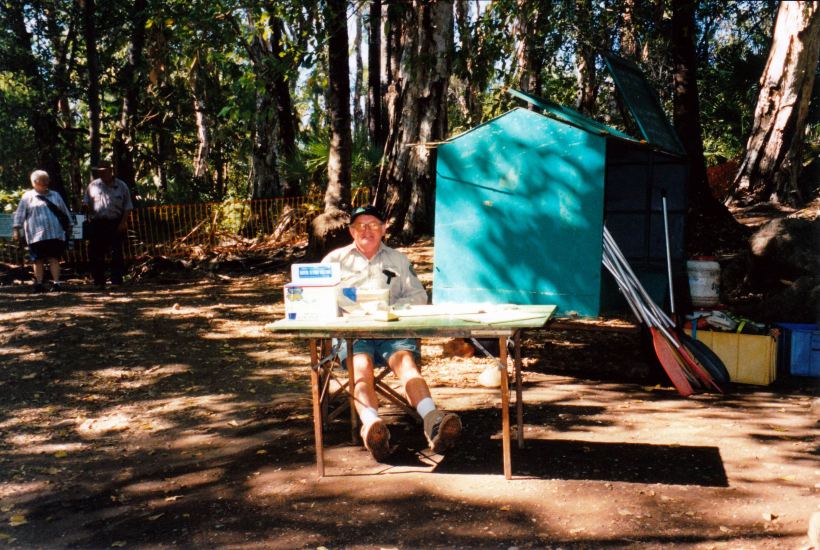 John running the canoe hire at the National Park 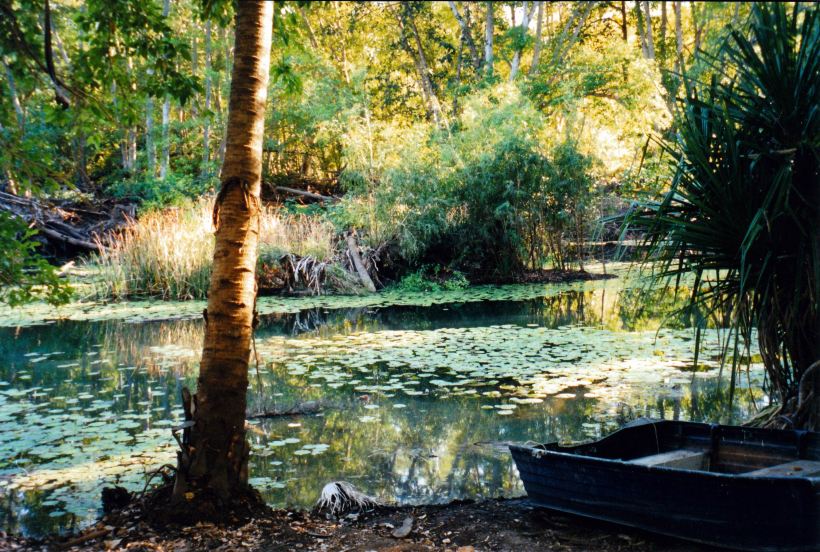 The view from John’s “office”

I had an 8am start, so I could do Reception until V started at 10am.

The boss had received the dates that the paleontologists would be here this year for the annual fossil dig at Riversleigh – arriving 19 and 20 June and leaving 28 and 29 June. I allocated them into accommodation – using pencil. Later, V checked these and altered a couple. That ten days would be a tight period for accommodation in the DBB section.

I only had three tents to do and the DBB amenities. F did the campground ones, for which I was grateful. I hung out a load of baby washing that boss had done in her washing machine, which was on the dry dock deck. Did shop/reception for an hour while V was at lunch and again at afternoon tea time. Mopped the veranda in front of the shop.

Like yesterday, John was back early, and minded the baby while he worked around the grounds.

I knocked off at 5.15 and had a very welcome shower. I’d raised lots of sweat today – the tents are very muggy when one is working inside them. I’d managed to Baygon myself while clearing spiders out of one – my nose ran for hours!

A company tour group came in. Some of the Grove owners ran a bus company that offered two night, three day guided tours from Mt Isa – to Riversleigh and the National Park, staying the two nights in the DBB tents here.

It was the first tour of the season for H, the Waanyi aboriginal tour guide. It was great to see him again. I think he was pleased to see us too – we had built up a bit of a rapport with him when we were here last year.

My back was a bit less sore today – maybe I was getting used to the work?

John had a busy day on the canoes today and was very weary.

We were in bed by 9pm – early nights were in order here. We were so tired that we managed to sleep against the background noise of the nearby generator, which didn’t go off until 9.30pm.