We had to do a full pack up of the camp, and incurred more midge bites in the process. Around here, the midges haven’t heard that they are supposed to be critters that only come out at dusk!

It was a long, hot, day of driving.

Refuelled at a servo at Kunda Park – 82cpl.

I had hoped we could stay a day or more at somewhere on the Sunshine Coast, but John decided to get the driving over and done with, and get to Brisbane in one day.

He had gone into “heading south” mode – making a beeline for home, as fast as he can, regardless of the comfort of doing so. I hate ending our trips this way – means the trip ends with bad memories.

The drive was tense at times, due to other drivers doing stupid things, and making John cross.

It was about 4pm when we reached the Gateway Motorway, but the traffic was not too bad. I had been somewhat worried that we would be reaching Brisbane at peak time and that this would make John even more short-tempered.

I had selected the Gateway Village Holiday Park as looking like a pleasant place to stay. South side of the city was best, because the shop John came here for was that side of the city.

The park cost us $22.50, after discount. It was a very nice park. There were lots of villas – I hoped that in the future the caravan sites did not all get sacrificed to the spread of these.

We only set up the basics for a brief stay.

Bought fish and chips from a nearby place, for tea. 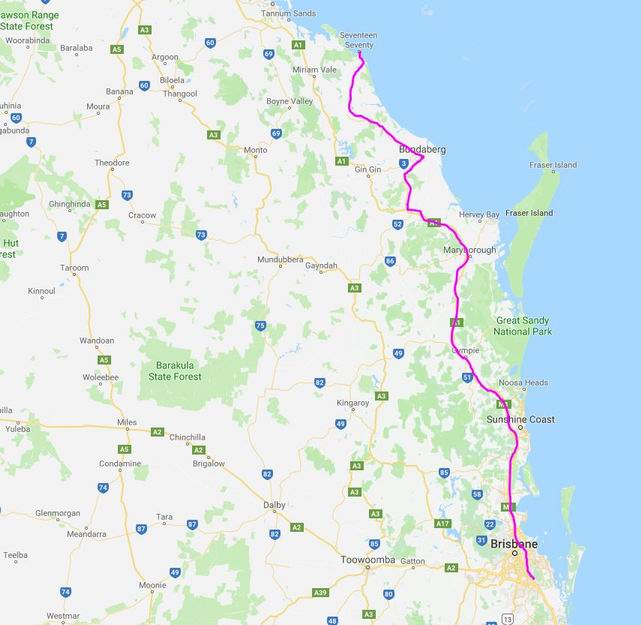