After breakfast, we drove to look around nearby Agnes Waters. There were some shops – it was a bigger place than Seventeen Seventy. There was much real estate for sale – clearly, developers were hoping for the place to boom.

Bought some bakery items for lunch

We drove to explore some tracks in the nearby Eurimbula National Park. Headed for Middle Creek. The track was slow, rough and boggy/cut up in parts. It went through timbered sandy/swampy country – not particularly interesting. The track ended at Middle Creek, which was one of the creek inlets we’d crossed yesterday.

There were a few small campsites at the end of the track – with campers.

John fished in the creek mouth for a while, and caught a flathead.

On the way back, we sidetracked up to a lookout on a low rise – it was not really worth the effort, but Parks had clearly gone to some trouble to make the track, now neglected.

By now, we had many sandfly bites – again! They were making us both miserable. They were really prevalent at our caravan park, but we had been told they were not bad back at Agnes Waters.

We decided not to stay any longer, because of the midges. Pity, because I found the surroundings lovely. I was hugely entertained by the antics of our resident bush turkey – he was so busy gathering materials from all around for his mound, scrathing about in it, arranging it to his liking. Very fussy he was. 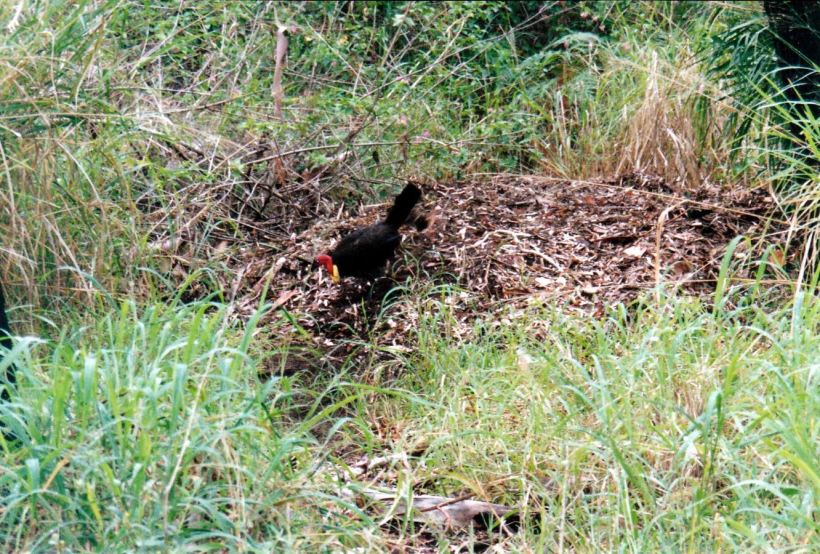