School holidays were over, near enough. We had run out of things of interest in Karumba. It really is geared to people who boat and fish. The heat was becoming enervating. So it was time for us to move on, further east.

Between Normanton and Croydon, on the Gulf Development Road, we got a flat front tyre on Truck. The current tyres were getting quite old and worn, and had taken a hammering on the rough roads of the past few months. There was plenty of flat road side to pull over on to, to change the wheel – but it was all quite densely covered in cow pats! One had to be careful where stepping. And it smelled very strongly of cow. 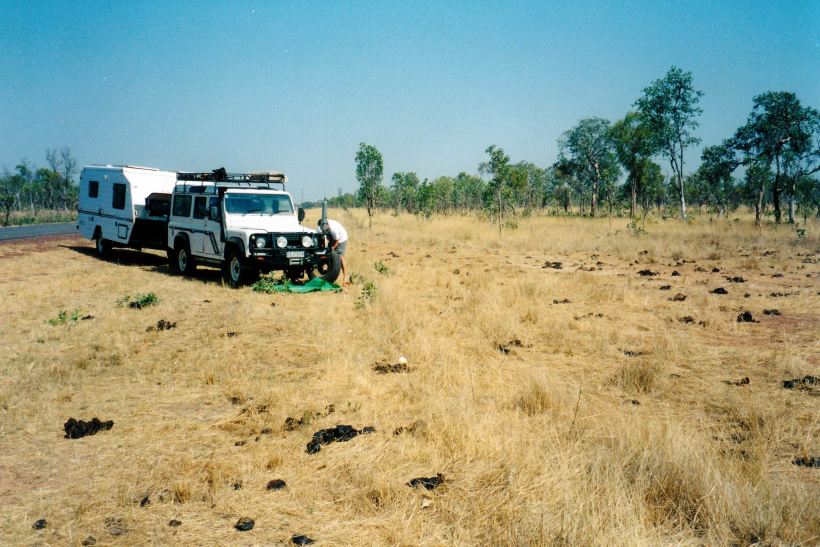 This road, as far as Georgetown, was still a route we had not travelled before, as all had been since we left Mt Isa, back in June. Actually, that had been the case for much of this year’s trip, to date.

In 1998, we had spent some time at Mt Surprise, and explored the surrounding area quite a bit then, coming as far west as Georgetown, on our way to Forsayth and Cobbold Gorge.

Wheel changed, we continued on, refuelling at Croydon, where diesel was 99.1cpl. We were initially surprised that it was dearer than at Karumba Point, but then realized that it probably came in by ship through that port, or Normanton.

Much of the road, though sealed, was a single width only. Fortunately, there was not much oncoming traffic, so we rarely had to move off the bitumen onto the gravel sides.

We did not stop to do touristy things in Croydon – it was a hot day and we’d decided to cover distance. Another time.

We crossed the wide and dry Gilbert River, between  Croydon and Georgetown, and then the equally dry Etheridge at Georgetown. 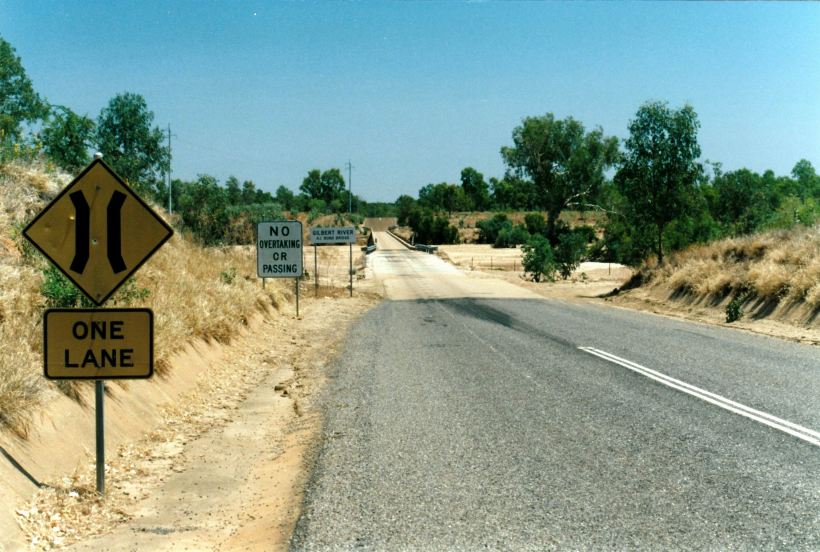 These single-vehicle-width bridges are quite common in the outback 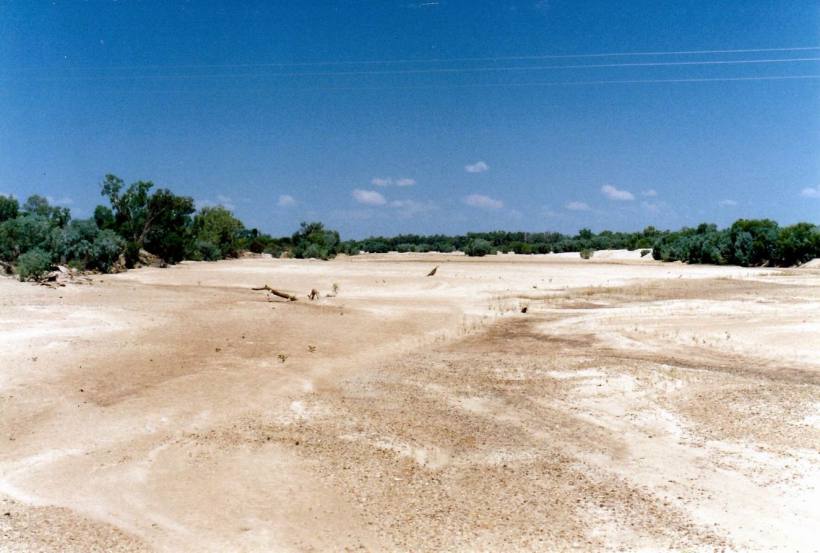 The Gilbert River in the late Dry season

Booked into the Bedrock Village Caravan Park at Mt Surprise – $16 a night. Being after the main tourist season, there were not many other travellers in the park.

It was getting well on in the afternoon by the time we reached Mt Surprise, so all we did was set up our camp and relax. After tea, it was an early night to bed.