It was a fine day and not really hot.

After a leisurely start to the day – a rather early one, due to the fee collecting caretaker – we set off to do the Nature Drive.

The 12 km of the Nature Drive was on a dirt track, but was well signed. But given that most of it was over the Cooper floodplains and channel areas, definitely a drive for when it is dry!

There were a couple of historic aspects highlighted, like the old telephone line and site of the original road over Cooper Creek, but mostly it featured the varied plant communities and their key species. The latter were signed and named. 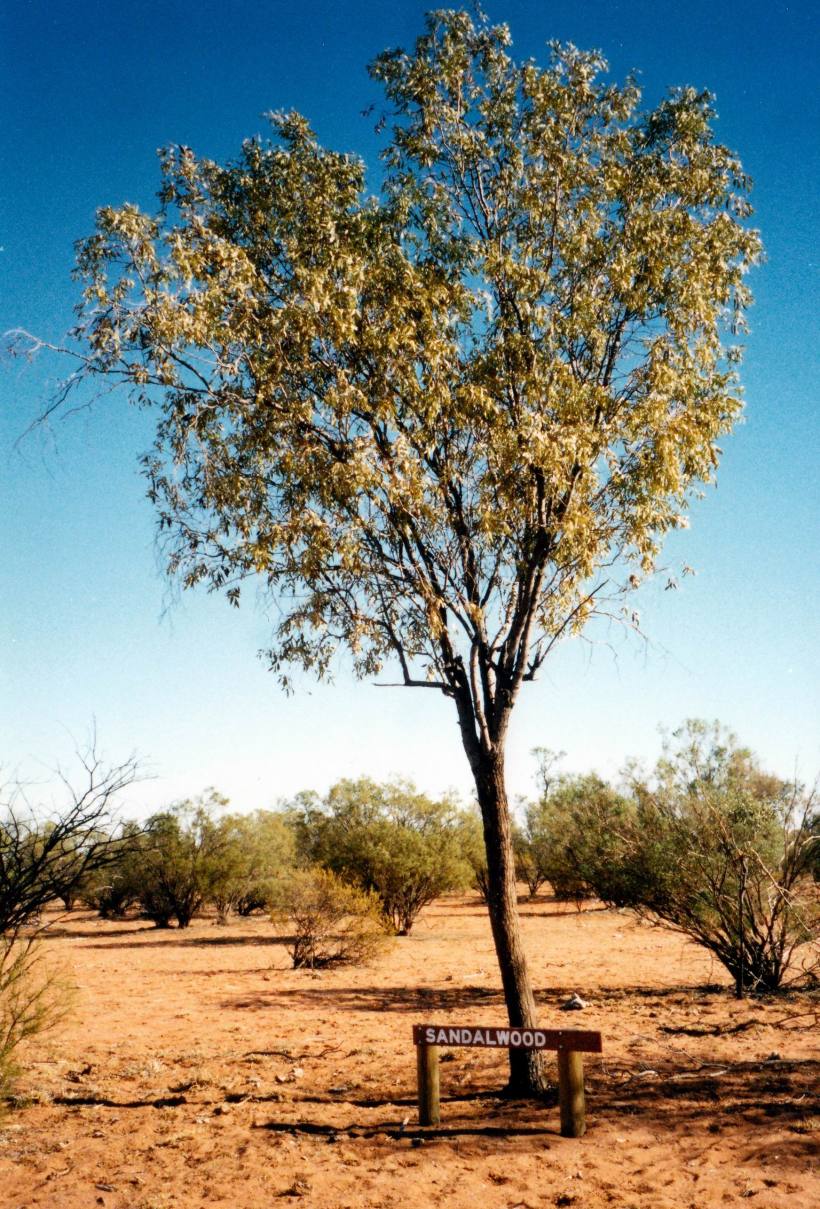 We found it really interesting. It was a great example of a little town making a feature out of what it had around – in this case, basically bush!

The drive ended up at Cooper Creek, downstream from the road bridge. 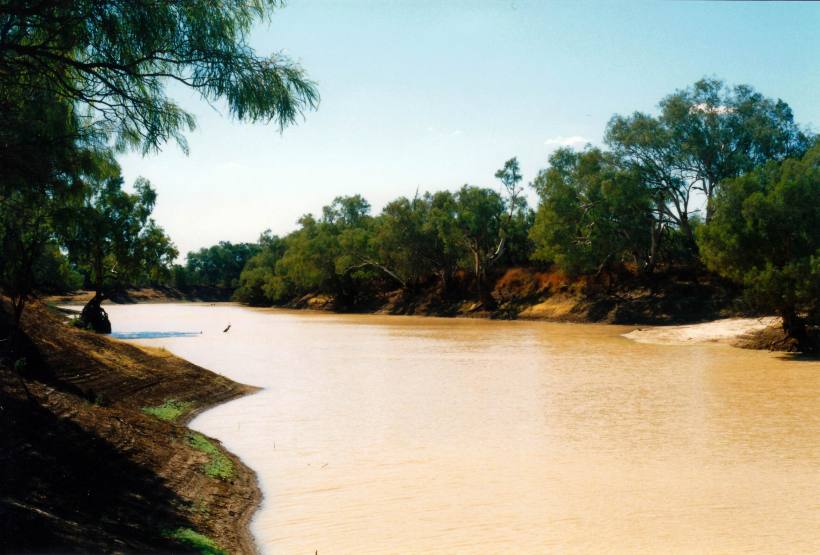 Good camp sites are up along the Creek banks

The Thompson River, which passes near Longreach, joins with the Barcoo River which comes from the NE, just to the north of Windorah. Both of these rivers have formed multiple channels before they reach each other, so after the junction there is a real tangle of intertwining creeks. This system is one of those that is responsible for the floods that sometimes inundate the Channel Country. The shallow channels fill up, the waters spread out and flood widely. If the flow is big enough, the waters will flow into Lake Eyre, eventually. 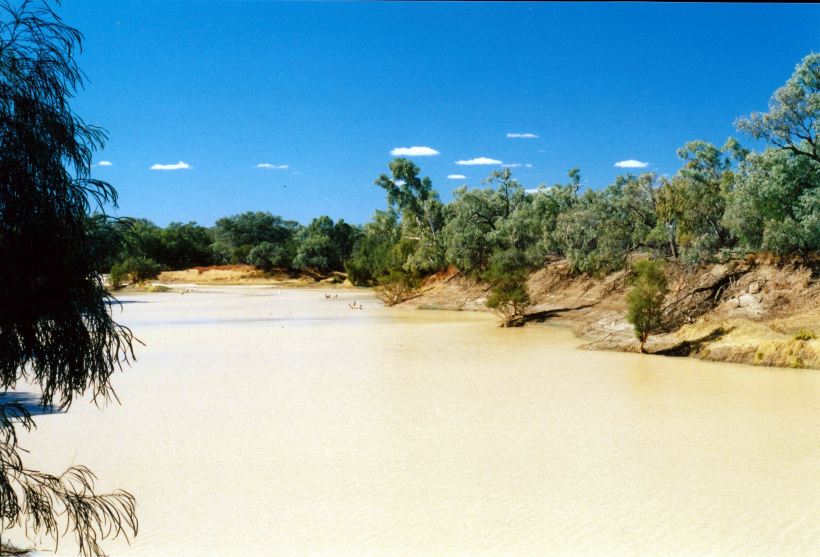 Cooper Creek was quite low level, in the prevailing drought

The periodic inundation can be a major inconvenience to settlers and travellers, but the great benefit is wonderful pasture growth after floods – the Channel Country has long been known as great cattle fattening country in the right seasons.

One of the postcards I bought featured Windorah surrounded by floodwaters.

The Creek was quite low, but there were pelicans on it and other bird life around. We saw a big Brahminy kite there.

It would be interesting to come out here not long after a big flood, when the creek was almost full – though I guess a lot of the camp sites would then be under water!

Back to town for a late lunch.

Then went for a walk. I took the book – duly read – back to the library and retrieved my $20. Posted the cards. Called in at the store.

Back at camp. John drove off to fill with diesel. We’d heard that there was a rally coming through, in the late afternoon, and wanted to be sure to get fuel ahead of them. In the event it did not seem to be a large group. Only a few of them arrived in the caravan park, though it was possible there were lots of others staying out at the Creek.

John reported back that the man at the servo was blind – but managed perfectly well! The fuel was $1.00 a litre. He filled the remaining two empty jerry cans – the ones that live on the back of the van. That effectively gave us 60 litres extra fuel – almost an extra tankful.

Dinner was a chicken stir fry with hokkien noodles.

It was a clear and cool night – very pleasant.