It was another hot and windy day.

After breakfast, we went to the Rainbow Jungle – a parrot display and breeding/conservation place. It was excellent and worth every bit of the $20 we paid to go in. 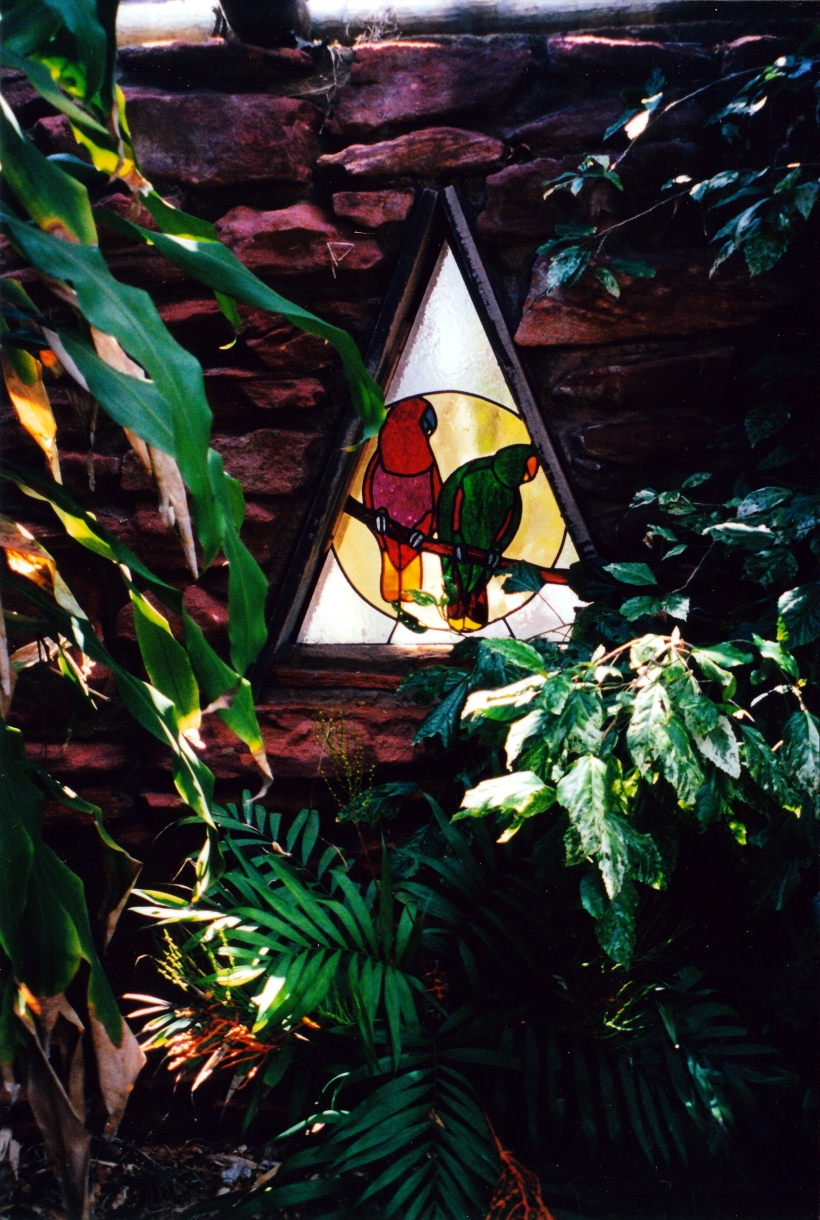 Their landscaping was very good, as was the building and layout, and the use of water features was brilliant. That was all nearly as engrossing as the birds – but not quite.

We really liked the walk through area where the parrots flew freely around. Particularly interesting were the Princess Parrots, which sound a bit like bellbirds.

However, some of the caged birds looked a bit miserable. It was hot in there and some of them were moulting, which made them look sad.

It proved impossible to get a decent photo of the parrots – they moved too fast!

The establishment seems to be doing a good job of breeding up some threatened species, though we doubt whether these would ever be able to be released into the wild.

We spent about three hours there, in all – it was engrossing. We ate our lunch there.

This critter did keep still for me!

Had to do a small grocery shop.

Then we followed some rough tracks alongside the river, upstream from the town, to the big river bend. John had a brief fish there. I found the drive along the river interesting.

Back at camp, I went off for a shower. I was naked and wet when there came a huge, loud, engine noise, right overhead! It sounded low and frightening and I thought something was going to crash right on top of the ablutions block. I wasn’t sure whether to rush out as I was, or take the time to become decent! I hurried the rest of the process and emerged, to find it was a big RAAF Rescue helicopter, that had landed about 50 metres from our van!

It seemed the RAAF was here for a week, for exercises. We could have had some notice, I thought.

Up close and personal with the RAAF

John phoned K about sending mail. K made it clear that he did not want us home on the 14th, but preferred us to stay out of the way until they’d packed and gone. He said the fridge had broken down again, he hadn’t had time to arrange repairs, so put it out in the shed. The heating had also broken down, but he’d had that fixed “by a mate”. That did not auger well! John was pleased to be going home to check out these broken things.

After discussion, we decided we would not arrive home until after they had moved out, but have a night or two at Healesville and wait till the all-clear!

We revised our schedule and decided that we simply do not have time to go south of Perth at all, now. We did see a little bit of those parts in ’93, though there was lots that we missed. Of course, we had planned to spend much of early 2001 in the south west of WA.