Topped up the fuel before leaving town – at $1.17cpl. John only put in 15 litres because he was hoping to find fuel cheaper further south.

The drive south today was marginally more interesting than that of the other day. There was a bit more vegetation and the scrub was slightly higher!

Had to fully refuel at Wooramel Roadhouse – $1.16cpl.

We ate lunch while driving along.

Turned off the highway onto the road to Denham and Shark Bay. The way became much more interesting, with vistas of aqua bays, low red sand dunes and undulating country, and then some coastal scenery. It was actually really scenic in parts. We were travelling up a long, quite narrow peninsula. It is quite an unusual landform, seeming like past rising sea levels extended up  two valleys, thus creating two of these long fingers of land. We were on the middle one.

The Shark Bay area was designated a World Heritage Area, about a decade ago, because of its marine life and the stromatolites at Hamelin.

As we approached Denham, saw that, since we were last here, the town has acquired some wind turbines that rather dominate the rise behind the township. Alternative energy is very topical in WA at the moment; there has been considerable debate about the feasibility of harnessing the massive tidal range at Derby to generate power.

Drove straight through the small town of Denham, heading for the Seaside Caravan Park, on its far side. There, we booked in for five nights. We were conscious that we did have to ration time now, and could not “afford” the week or two that we would have preferred to stay here for. 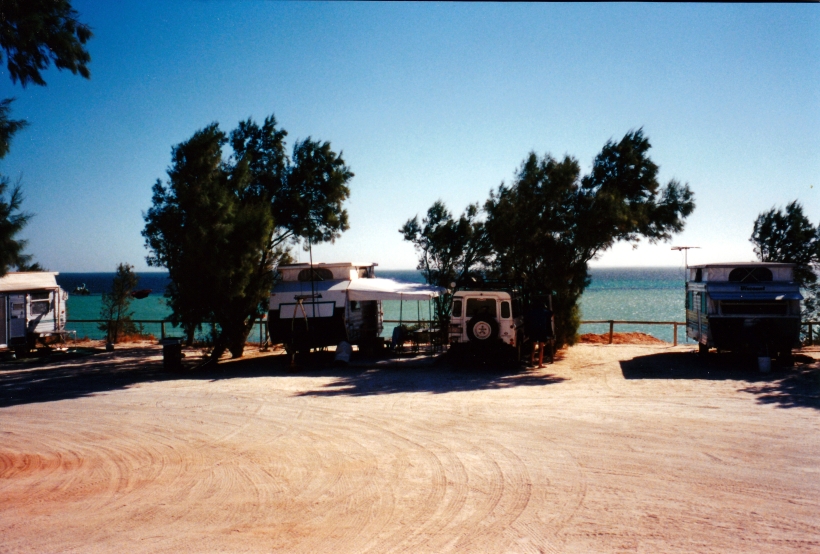 A site with a wonderful view…..

After setting up, we went walking, along the main street, which fronted the ocean. Visited a shop selling shells and sandalwood products. Went to the tourist centre, where I bought a few souvenirs.

Denham is much prettier than I remember it being, from ’93. The aqua coloured bay is just wonderful. The township does not appear to have changed much, since we were here, though the caravan park was much improved. It did appear that the past town development/growth had been rather random. 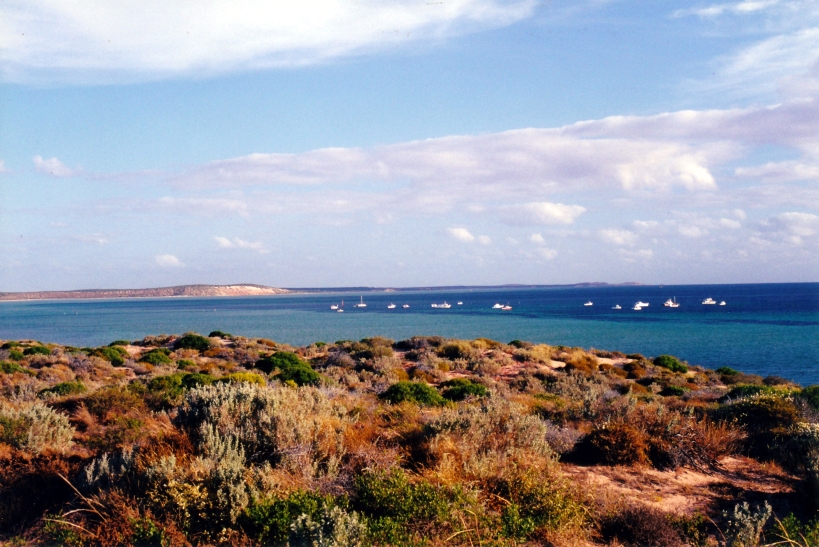 In the late afternoon, a strong wind came up and started sand blasting us. That would explain the wind turbines! As would be expected in these dry parts, the ground surface of the park is gravel and sand. John put up shadecloth to give some protection to the area under the awning.

I made gazpacho with some of the flavoursome Carnarvon tomatoes. 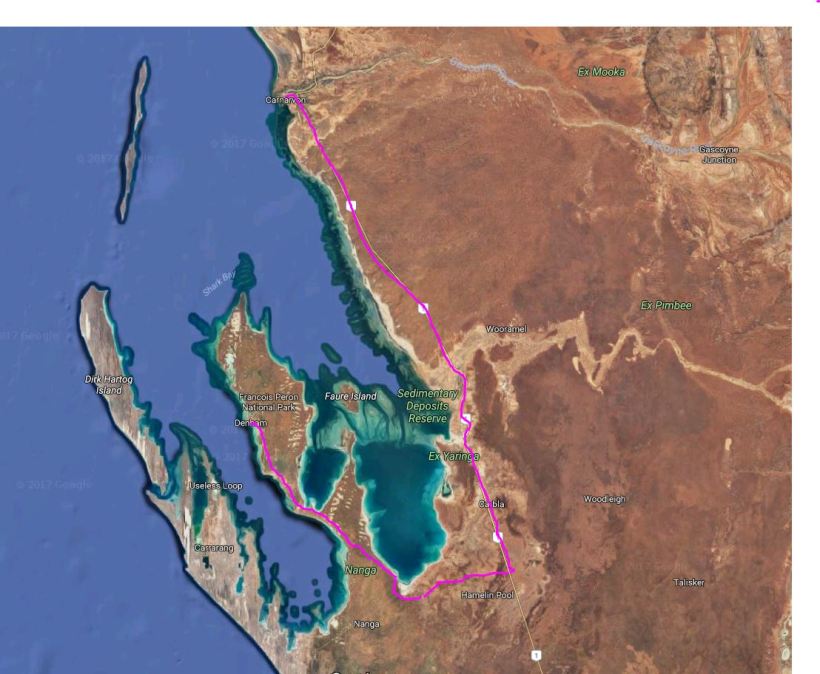 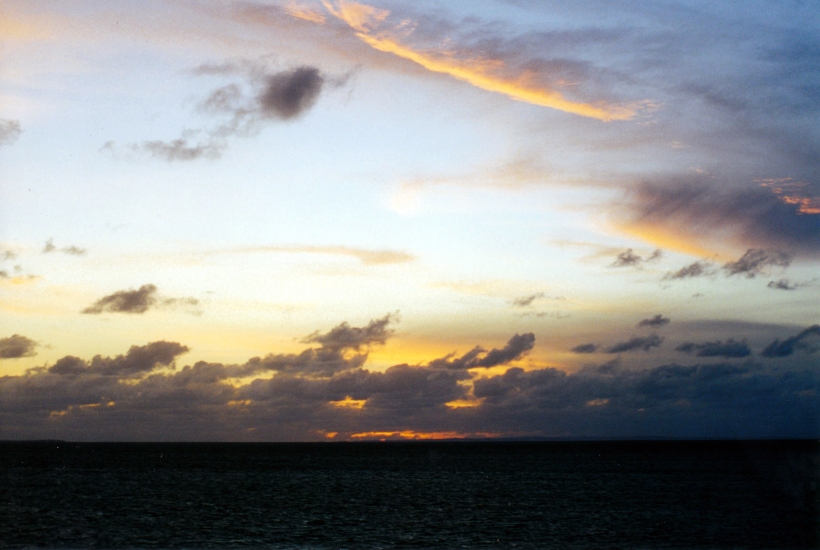