The weather seemed to have changed. The days were still sunny and hot, around 30 degrees, but there was much more of a heavy dew at night. I wondered if this was indicative of greater humidity in the day time?

The remaining winter people in the park were all making departure preparations.

John managed to catch up with S, who was pleased with her thesis result. She is looking forward to being “home” in Canberra again, but is apprehensive about the cold, after over two years in PNG.

John also talked briefly again with R. I talked with V, mostly about the time she spent here. She has been skiing at Mt Buller – the idea of snow seems strange, right now!

After lunch, we drove out to Cable Beach. No visit to Broome is really complete without spending some time there. In ’93, we hadn’t, due to the ongoing torrential rain.

Broome is located on a narrow sort of peninsula. One side – the town side – fronts onto Roebuck Bay, essentially with a south-east outlook, sheltered by the curve of the land. The other side faces west, with different sea and weather influences, and thus there is a long, flat, sandy beach, that is not found on the town side. Since the place began as a pearling port, the shelter of the bay was the important factor in determining where the settlement grew up. 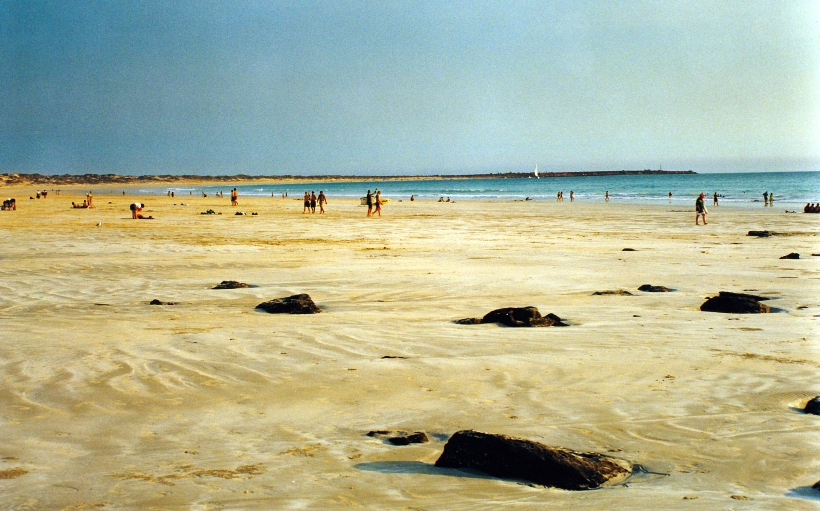 On Cable Beach, looking towards Gantheume Point. Tide out.

In 1889, an under sea telegraph cable was laid, from Cable Beach, to Java. The existing one from Darwin, had proved vulnerable to undersea volcanic disturbances to the north.  Hence the name, Cable Beach.

In the 1980’s, Lord McAlpine, who had visited and fallen in love with Broome, developed a resort away from the town, at Cable Beach, and this was the start of development in this second part of Broome. The Cable Beach Resort did not at that time become the success that he envisaged, where it would rival the great Qld resorts. But some  Cable Beach development has proceeded since. There are now caravan parks and some homes out there, and a business that offers camel rides on the beach.

Cable Beach was certainly a long stretch of sand! It was quite busy, with both people and vehicles on it. Driving on the beach was permitted and a Broome pastime seemed to be to park there and picnic, watching the sunset. Because of the westerly outlook, the sun set into the Indian Ocean here is directly observed – and reflected in the sea. 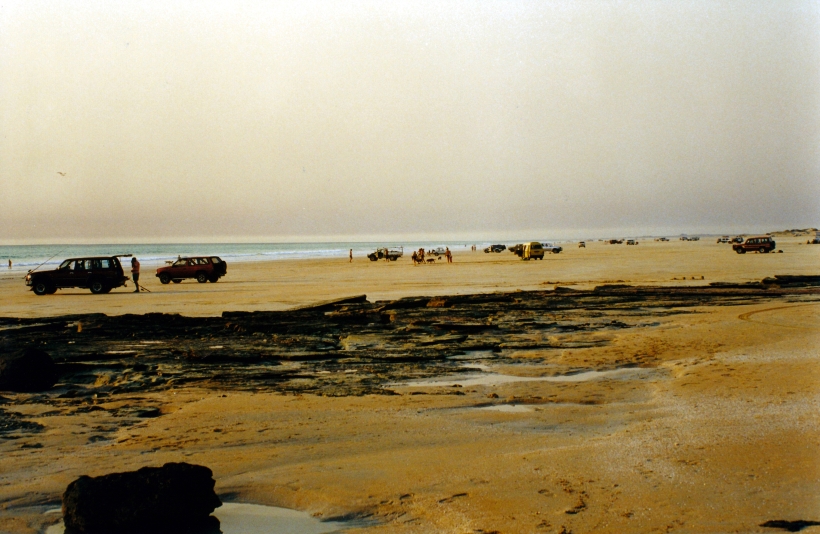 We stayed for sunset, which was partly obscured by smoke. That meant great colour effects. A sailing boat and a hang glider got themselves silhouetted against the sunset. 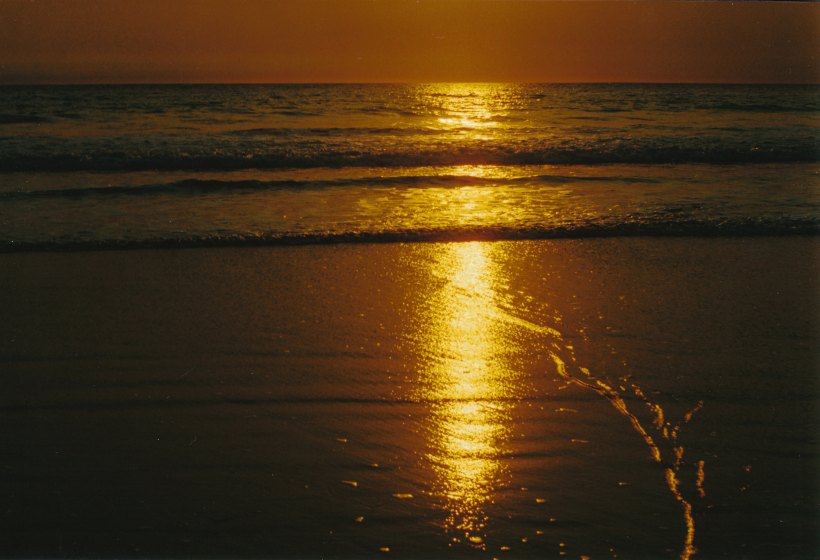 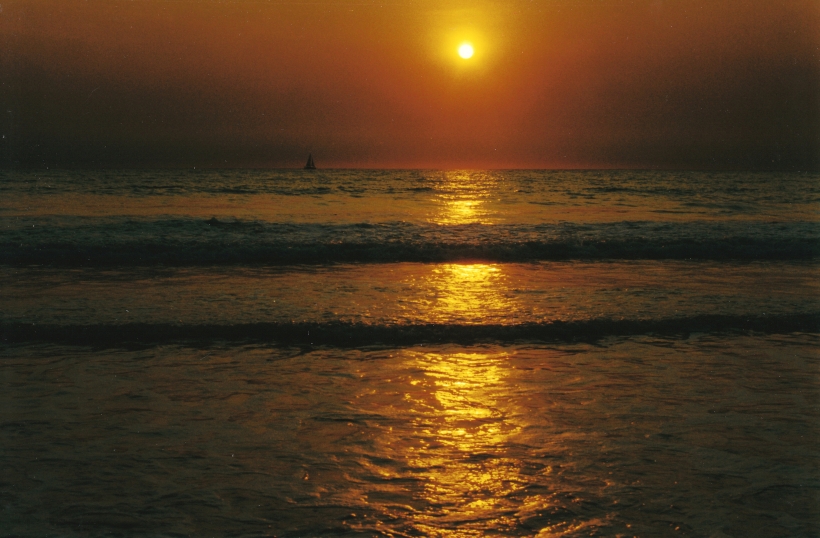 We watched the camel ride parade with their loads of tourists – two per camel. Camel riding on Cable Beach is now part of the Broome mystique, for tourists. 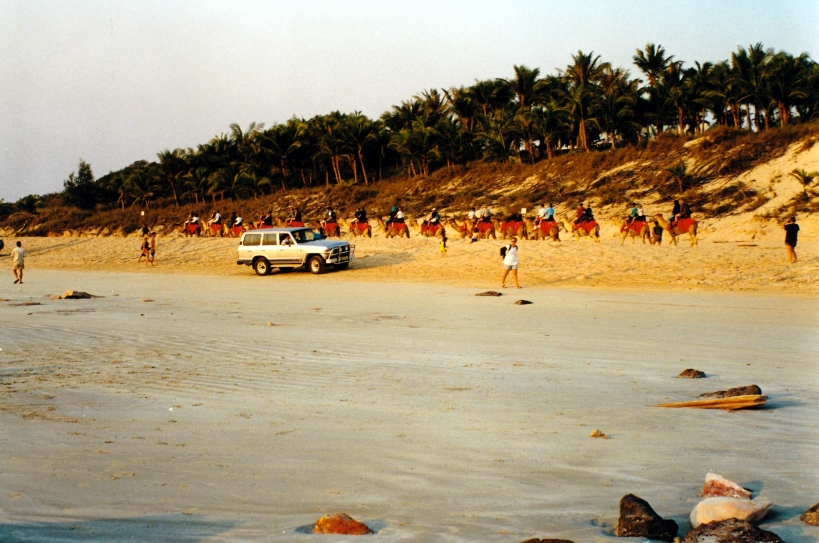