Late morning, we drove out to Retreat, to fossick again at our previous spot there. Again, there was no show of sapphire. 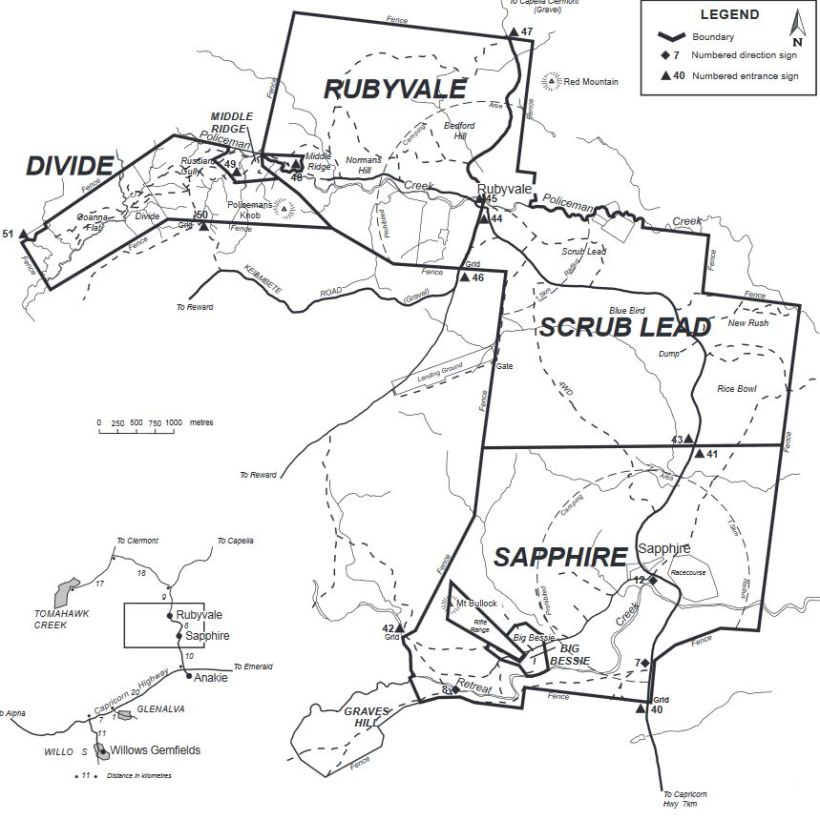 Some yobbos from a camp out there hooned down in their vehicle, drinking beers. They said the gravel wash where we were was not the right kind. We had no idea how to tell the right from the wrong kind, obviously! They were very rough types. Said they’d specked a good stone, exposed after the rain, and sold it rough and were celebrating. I found them rather scary and was glad we were not camped out on the fields!

We decided fossicking was rather a dud, here, this time. It was not like when we had access to undisturbed ground out at Mt Leura.