The day was hot and very windy for most of it. However, the wind had died down by late afternoon and it became rather humid.

The water pipe to the lower hut broke again in the night. The slobs down there had made such a fuss that Les left the pipe joined up. Luckily, Les got up at 1am, found the tank empty, found the leak, turned off the water to down there, and pumped water. So, there was water for the rest of us  in the morning.

John, the two R’s, Les and a couple of others worked on it all morning. There were the usual difficulties – no spares, different diameter pipes.

The slobs from the shed were, of course, off in their boat, fishing. I was pleased to hear that they did not catch anything, despite going way out, and they got wet and got sore backs from bouncing around on the choppy seas.

I did some washing, which I’d soaked last night, and eventually got it rinsed, in between water turn offs, and hung out. There was no campers’ laundry facilities of any sort, so all clothes washing was done by hand, in my own plastic wash bowl.

The Europeans who had been here for two nights left this morning. They only paid Les $20 for the fishing trip, because they only caught sharks! What ratbags. R had gathered – and opened – so many oysters for them, last night. And they’d drunk all the Jim Beam that the Argyle boys had. D was really furious at their attitude. I just decided that karma would catch up with them!

After lunch, we drove to Pago, in tandem with a couple who were camping, who were also members of the VKS radio network.

There was a private OKA at the Pago ruins – looked like they’d set up to camp there, which I did not think was permitted.

It was a very pretty drive out there, with a couple of shallow water crossings.

A ford on the track to the old Pago Mission site

We looked around the ruins of the original Mission, at Pago, for a while. 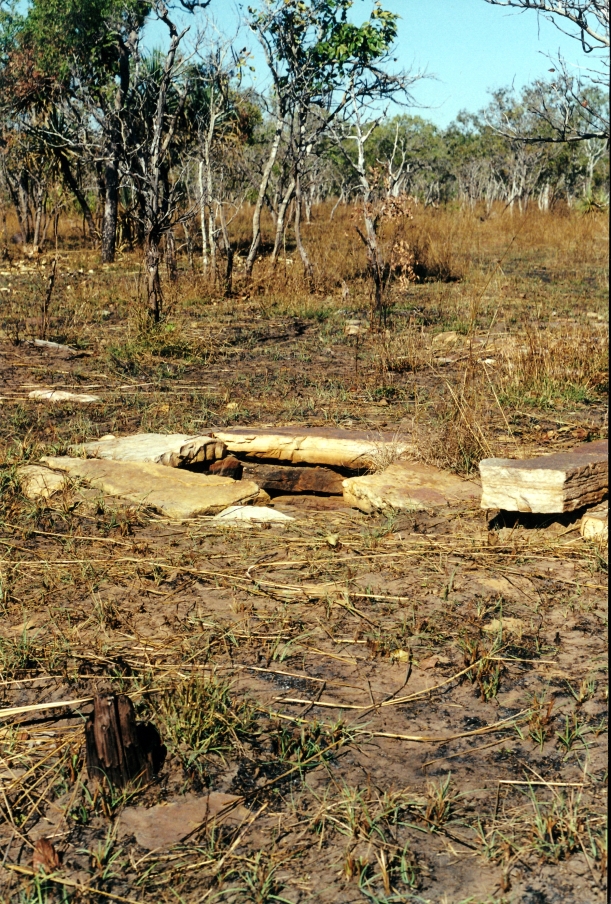 The old well at the Pago ruins 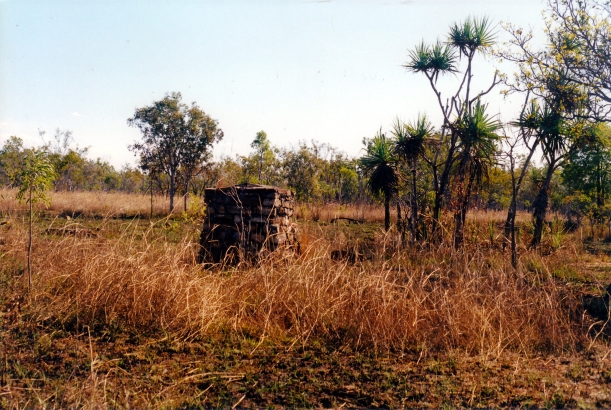 Remains of oven at Pago

John showed me a bore pipe that had been dug and put in for the current native title owner. Apparently, he has a nice new house, provided by the government, just down the track, but prefers to spend most of his time in Kalumburu, so the house is empty. Les had told John all that.

We went onto the Mission Beach, and John showed the other man how to get oysters. John ate some off the rocks. I did not want any – think I am all oystered out! 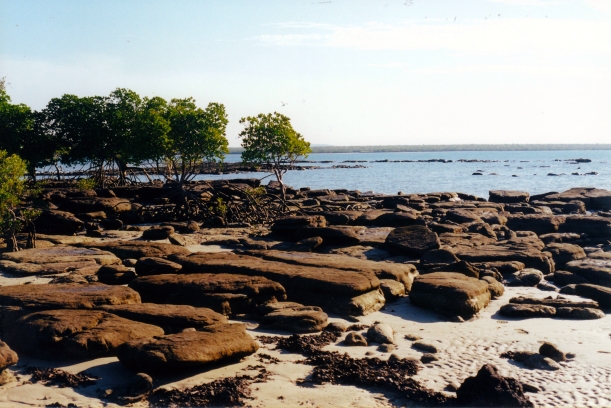 Root system of mangroves exposed at the low tide

On the way back from Pago, we saw some feral donkeys, mixed with some horses. These animals are remnants from the cattle rearing days of the Mission. Whilst, obviously the cattle are killed for meat, as Les did, they basically run wild and we did not see any evidence of attempts to manage them as a resource.

R worked on Les’ Nissan all afternoon, and fixed all sorts of oddments, including the tailgate fastener, the passenger door, and made a dipstick to measure the fuel.

Les, his wife and aboriginal R went off town for the evening, so we hoped that nothing broke down any further.

Tea was shark, cooked to a recipe I had for doing crocodile, Asian style. I had to improvise a bit, using chilli sauce instead of oyster sauce, and red onions instead of shallots. But it was very nice.

Just after dark, the campers next to us were startled when a big snake sashayed through their camp, right close past the chair one man was sitting in. They thought it was a king brown snake. They are nasty ones.

The lower hut slobs were being drunken and extremely raucous. I willed the snake to go down their way!