We did not rush around to get too early a start. John still had to do his garden watering, and V and F went with him to be part of that.

Took V and F driving, out to the Dragons Breath Cave – the nearest one.

On the way there we saw a couple of euros in the bush. As with much of the wild life on the place, they were more curious about us than scared.

John took V and F down the cave. I think they were a bit apprehensive, especially when they saw the narrow opening they had to go down, but trusted that John knew what he was doing. 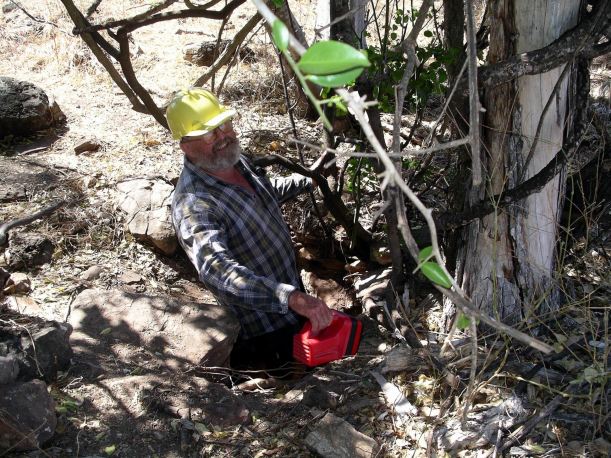 Quite a narrow opening to the cave!

John took the camera down with him. Getting decent photos in the caves was difficult, because they were always very warm and humid, and condensation soon formed on the camera lens.

We then drove on to Croc Hole, on Karns Creek, where John took our guests out in the boat there, for the experience of puttering down the long water hole there. 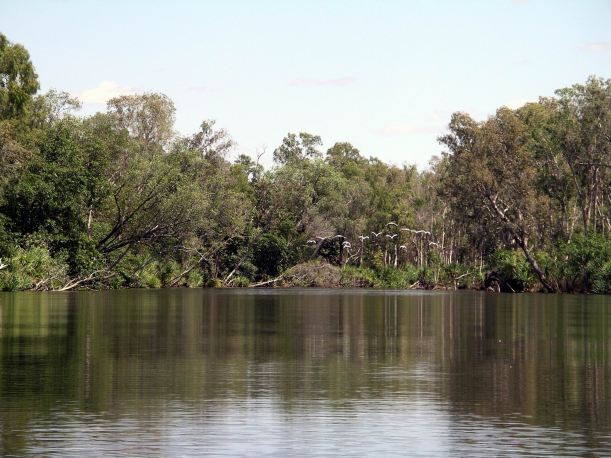 They saw a couple of nankeen night herons perched on a dead tree – were able to get the boat surprisingly close to them. 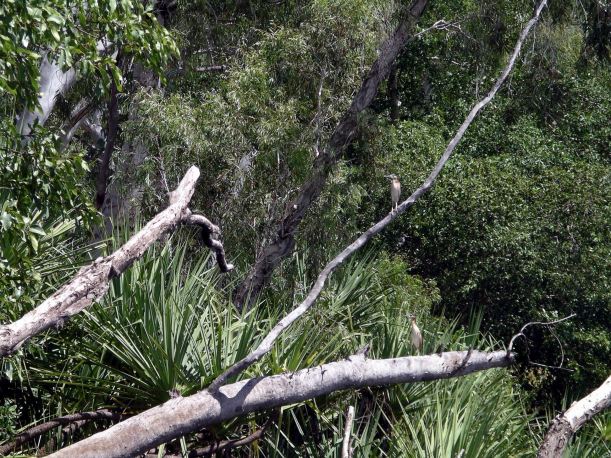 I waited back at the big fig tree that was such a feature there.

Then it was back to camp for lunch.

We finished up the day with a drive out to the wetlands, to see Lake Crocodyllus, continuing on around the circuit track past Jabiru Billabong. By this time, V and F were totally disoriented – the network of tracks all seemed similar to them. I could remember feeling like that the first time we visited here, in 2003!

Again, we did happy hour in the clearing, then I cooked tea at the camp and brought it back to the clearing.