The shower men finished the showers here. These were passed as satisfactory by a Spotless manager and the men then left to go back to RV2 and finish there. This shower business had really been a saga.

The sports court fence was built. The wet mess toilets were plumbed. The electricians were working on the car park lights, which would be up on tall poles.

The lease man used my office for a while. The water had been connected and the wiring to power was in progress.

The Pod 3 locks were finally fixed and all those remaining rooms handed over to Spotless.

John took men to the midday plane, fetched some materials from town and then went back for the evening plane. He purchased some boxes I would need to send office supplies away; the original boxes having mostly disappeared over the weeks.

K appeared from RV2, raided the gear container and took tools and materials he wanted. We had been finding that, quite often, things that were needed here had gone to RV2! To me, that was the product of no longer having one project manager overseeing both sites.

The unpleasant OHS man from Hedland was on site. He strutted around then issued several directives related to our men’s use of tools, the fitments in the first aid room and the site in general! Now I had to try to get different desks, lockable cabinets and other gear for the first aid room. The easiest way, at this stage, was to get the Darwin company manager to get same and send them down on a truck, so I phoned Darwin.

I was still chasing the heating/cooling company about the compressor motor they were supposed to have been replacing.

The poo plant was – officially – leaking. That company would have to return to site and fix it. 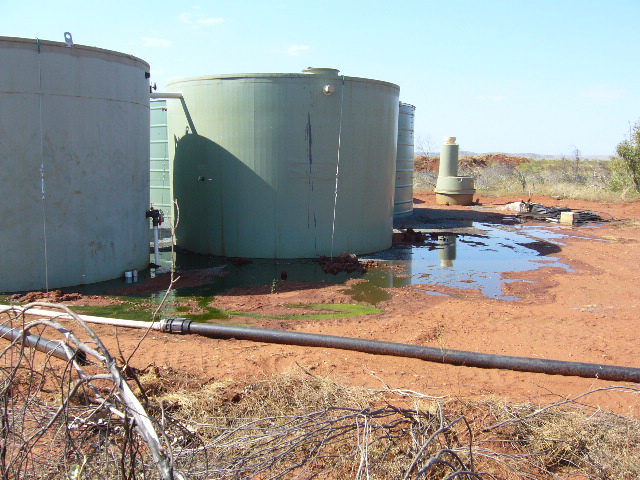