Today was another hot one, long and tedious.

The country side was not as interesting – mostly flat and dry. I regard the stretch of highway between Broome and Port Hedland as one of the most boring in Australia!

We decided to have a final night of freedom by the sea, at Eighty Mile Beach. From there, we would reach the camp – if we could find it – in reasonable time the next day.

The tourist season was winding down fast, so there were plenty of vacancies in caravan parks up north.

We paid $34.45, after discount, at the Eighty Mile Beach Caravan Park. Had stayed here previously, and loved it for its location by the superb sweeping beach.

On dusk, went for a walk on the beach to watch the sunset. It was low tide, so the water was a long way out. There were not many other people on the beach. 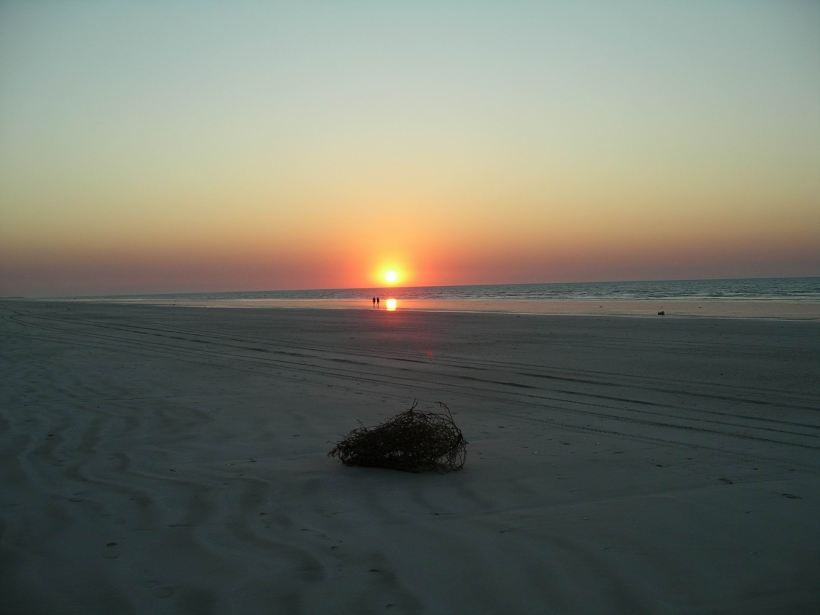 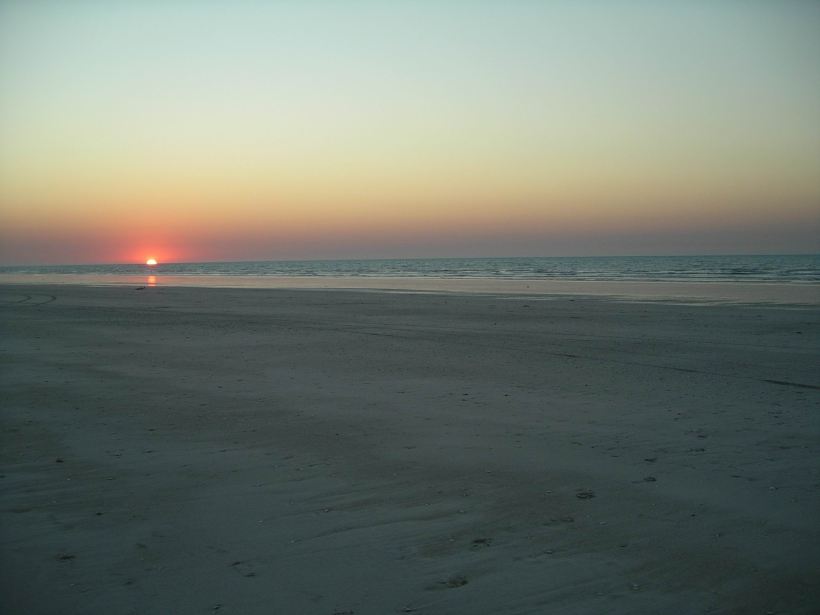 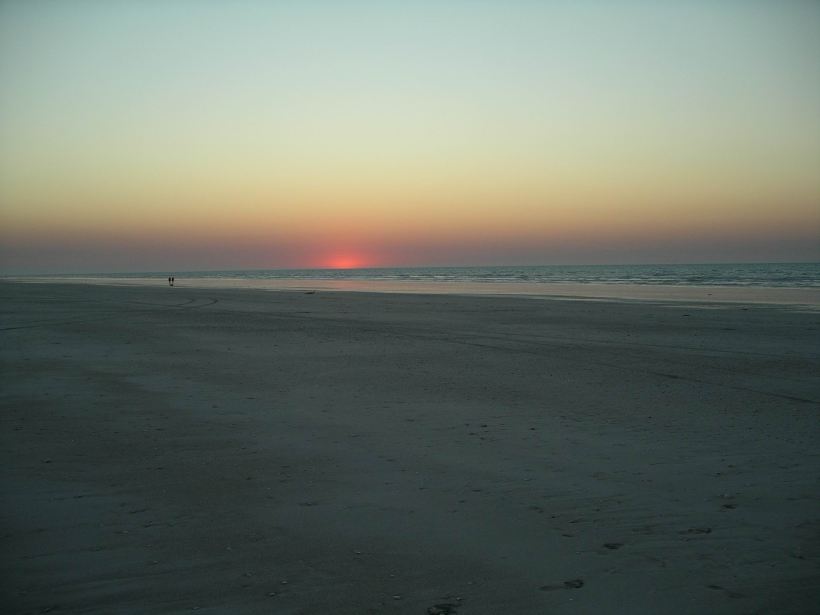 The park shop was still doing fish and chips, so we treated ourselves to a takeaway – yummy.