We were back at the office at 8am, for another session, that lasted until 10.30am.

We then raced around, doing all sorts of odds and ends. After weeks of doing very little, it was now much frantic activity.

John finished injecting his timber and getting it wrapped for the journey south. It would be kept like that and not despatched until we phoned them to send it – when we were home again to receive it.

I bought fish to stock up the van freezer, figuring that might be the hardest protein to get, out in the bush. I already had some meat and chicken in there.

R had been so vague about our accommodation arrangements at the site, so I did not even know if we were being fed, or given supplies.

We were to report to someone – called H – at the fly camp, whatever that was.

Even the directions were vague! R could not show me where we were going on my Road Atlas map! We were to take the Great Northern Highway south from Port Hedland, for about 100kms, then take a dirt road to the left, and the camp was up there. There should be a sign at the corner! The “about” part concerned me; and how many dirt roads to the left were there likely to be in such an area?

The general area shown to us on the Road Atlas map, where we were supposed to be going

At a luggage shop at Casuarina, bought a large overnight bag – one that would do for us both if we had to fly home at Xmas.

Got some groceries. Returned the library books. I went to a book exchange and stocked up.

We did most of the camp pack up.

I cooked up our stocks of tomatoes, potatoes and onions, so we could take those through quarantine at the WA border. I gave produce I couldn’t use to the guy behind and threw some out.

It was a very tiring day. 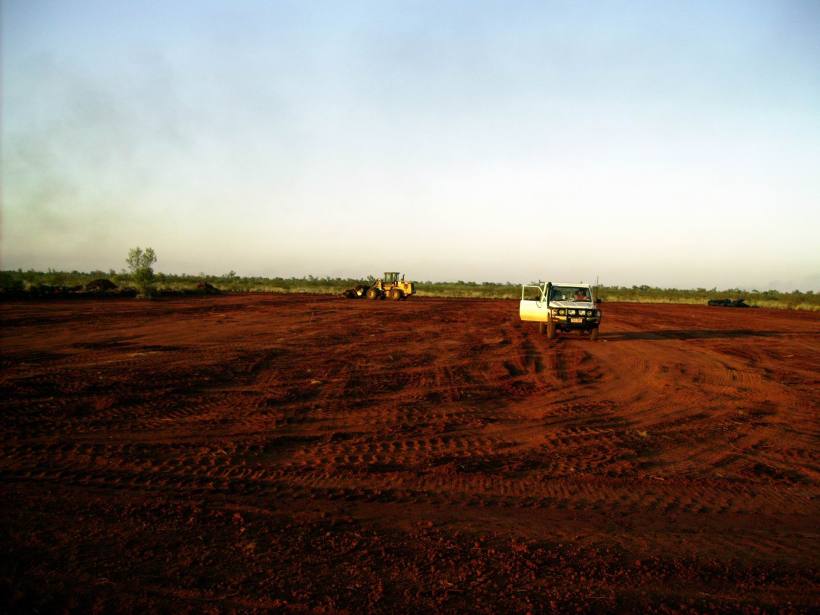 Meanwhile, work on clearing the construction site had begun