Today was officially a day off, but I a little preparation to do for guests who were coming in tomorrow – four men who would have been to the Birdsville Races, flying in from there, scheduled to arrive about 3pm.

I cooked some eggplant slices, to be part of pre-dinner nibbles. Turned on the fridges, wiped them out, put water containers in to chill. Brought the alcohol stocks down from the house and put those in to chill.

The generator had to be turned on for the fridges, but we turned it off again at bedtime.

We were both upset, John more so. O had been doing some fire break burning of the grass surrounding the house yard. He allowed the flames to burn in under the side fence, by where we had been nurturing the little paw paws. The heat from the fire had withered and killed a lot of the little plants. We had both put so many hours into watering these. O was quite offhand about it – no apologies. Now, we wondered why we had bothered trying to improve the house surrounds. 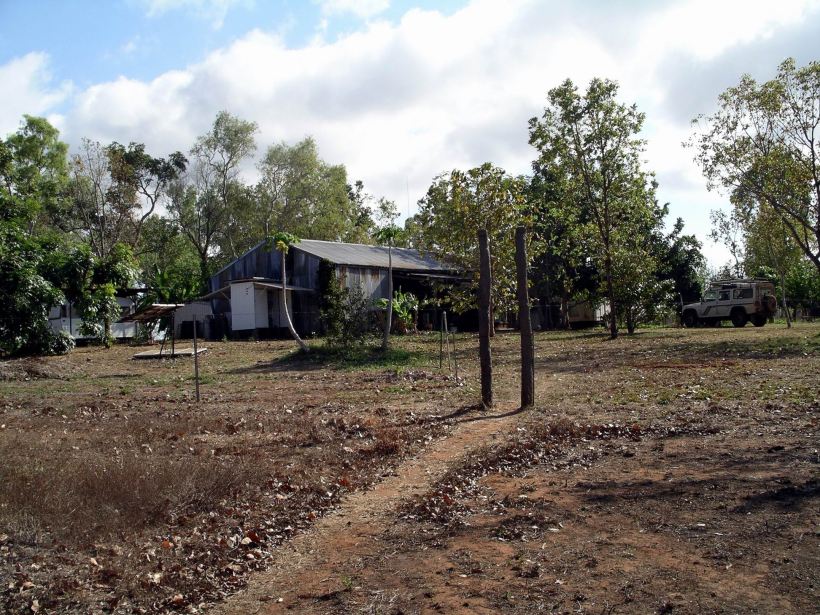 Burnt area where the paw paw trees had been. Squeeze gate – big enough for people, at a squeeze, but not for cows!