Another leisurely start to the day.

After John’s routine chores, we took V and F out to Bubbling Sands for a swim. Much appreciated in the growing heat. 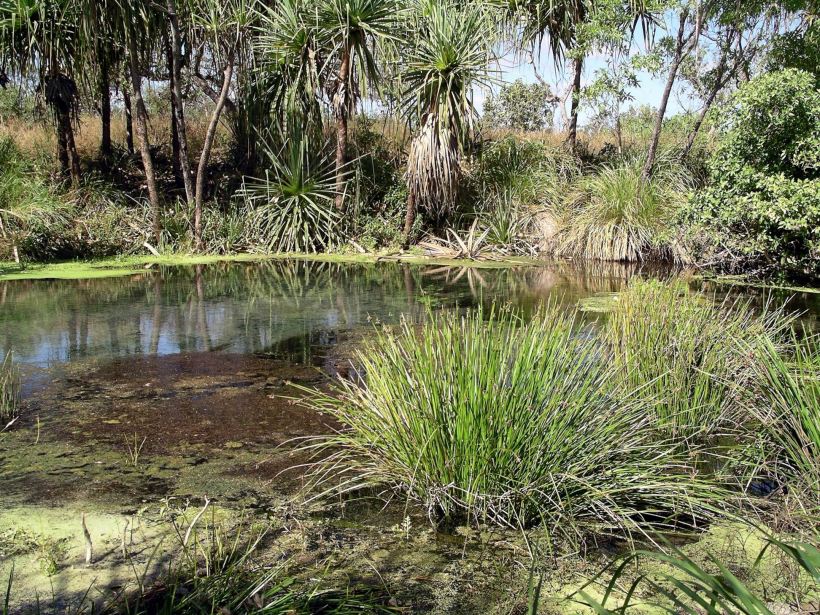 We returned around via Squeaky Trees, to show them the camp area there. There were a number of other places we could have gone, but no one felt like going too far after the long day yesterday.

We visited with O up at the house for a while. He had been busy on the house site. He told us that he had gotten into the habit of working out there at night, when it was cooler. He had rigged up some lights to do so. Putting up the form work for the cement foundation wall was taking time. Then there would be making and pouring the actual cement. That would be huge, as the wall would be quite thick as well as long. Then, he was planning to face the river wards side of the wall with stone.

It looked like the new house would be his focus now, rather than working on planning or opening up new tracks for next season. Apart from his own comfort, he wants a decent house for when his lady  comes to stay – and maybe live, one day? John and I threw around the idea that maybe she would run the safari camp next year?

We just lazed around the camp for the rest of the day, enjoying the peace.