O managed to coax Beau to bring her pups to where he could reach them. She allowed him to put them into a secure cage he had cobbled together in the house/shed, beside the Troopy. She could jump over the side when she wanted out, but the pups were secure. Beautiful little creatures. One male and one female. 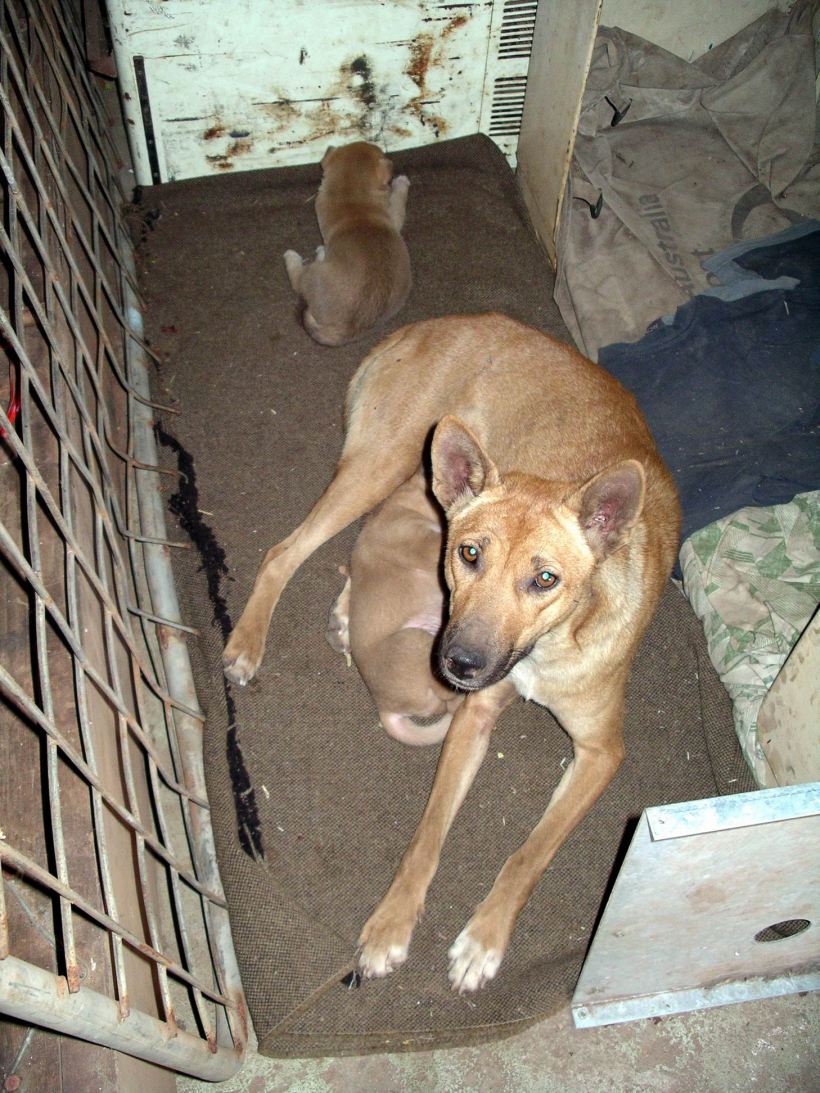 Beau and babies in a much safer area

I did dinner for the six camper friends of O’s, plus him. They paid for their meal – to O. We had decided a while back that $25 a head was a fair price for my incidental evening meals.

I had to fetch needed items from the house, in the morning. I got by with just the drinks fridge turned on; it had to be on anyway, in case the guests wanted cold drinks from it.

Main course was roast marinated beef, with vegies and gravy, and muffin Yorkshire puddings. Dessert was pannacotta with berry coulis and cream.

This meal was becoming quite routine, now. Really, the only variable was the quality of the beef, and there wasn’t anything much I could do about that. Marinate, slow cook, and hope!

Last, served some biscuits with a couple of cheeses, and walnuts. This was served when they were back around the camp fire, having coffee.

The clean up was not huge, compared to when A’s group was here. The campers were not inclined to linger too late, so we got to bed at a reasonable hour.